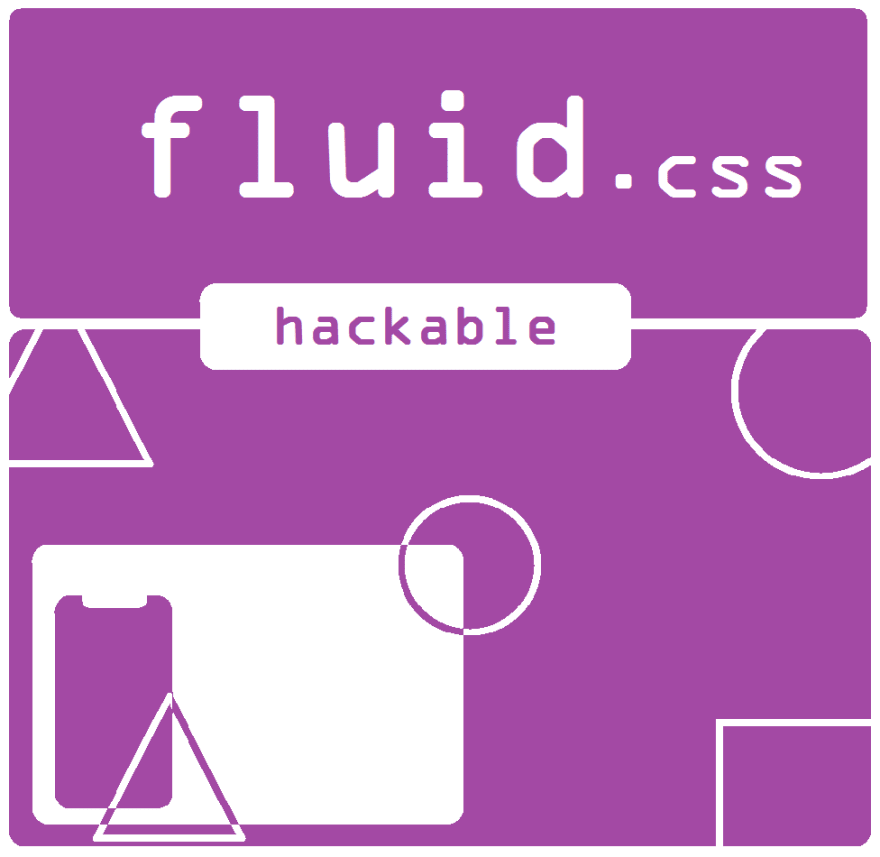 I used to use stuff like Bootstrap and other CSS libraries, but I noticed that there were a lot of stuff that actually wasn't used, but negatively contributed on file size and loading speeds.

Check out this video from Gary Simon at Design Course. This video goes more in-depth on this particular topic, and is one of my sources for inspiration.

Due to these reasons, I decided to create a frontend CSS framework that was focused on customisability and speed, and removing stuff that won't be used.

After a lot of abstract thoughts, I created FluidCSS.

FluidCSS is designed to be easy to customize, and has all the basic stuff you will need, but you must code everything else yourself.

For example, there is a class to create a toggle switch, but there is no grid layout system.

This drastically changes everything.

For one, the file size is a lot less.
Also, beginner developers will not be overwhelmed by the CSS and it will encourage them to tweak the styles.

It will also help more experienced developers to rapidly prototype their designs without worrying about re-creating the same old components or adding a new color scheme.

A minimal, hackable css library with responsive design in mind.

This is a complete rewrite and overhaul. Some key changes are underlined below:

Shoutout to all stargazers and contributors!

Be sure to share your opinions in the comments secton!

PS: I really need contributors to this project URGENTLY!!!

EDIT:
Everyone is commenting about PurgeCSS. I actually meant to make something that can easily be customized, but provides enough components, like toggle switches, so that the developer can focus on more client-specific things like layouts and save time, but not end up with a generic bootstrapped website.

10 Advance HTML tag you should know!

BEM Methodology for CSS - A Guide for Developers

Once suspended, nikhilmwarrier will not be able to comment or publish posts until their suspension is removed.

Once unsuspended, nikhilmwarrier will be able to comment and publish posts again.

Once unpublished, all posts by nikhilmwarrier will become hidden and only accessible to themselves.

If nikhilmwarrier is not suspended, they can still re-publish their posts from their dashboard.

Once unpublished, this post will become invisible to the public and only accessible to nikhilmwarrier.

Thanks for keeping DEV Community 👩‍💻👨‍💻 safe. Here is what you can do to flag nikhilmwarrier:

Unflagging nikhilmwarrier will restore default visibility to their posts.