Few days ago, a self-proclaimed trendsetter in the web industry Awwwards announced it's 2020 annual awards winners in several categories. And the winners are? Well, the slowest websites ever.

The (Worst) Site of the Year category

As a developer, I developed (no pun intended) a professional deformation to hit Cmd+Option+I on my keyboard as soon as I lay my eyes on anything that's "moving" in the browser. If something's moving on your website, I've probably dug under the hood. Sorry, not sorry. So, naturally, Awwwards is a place where I spent countless hours trying to break (your) web. Not sorry. And it's really easy, which is normal, because most of the websites are brand new and not polished yet. It takes time to get everything right.

But, if something is nominated for an annual award, you would assume it's as good as it can be, right? Best song nominee on the Grammy awards, surely, isn't a demo tape. Well, not in the case of the Site of the Year category winner. If you open the "Site of the year" it will take 85,6 seconds for the website to become fully interactive. No, it's not a typo, that's almost one and a half minute. A good practice would be up to 5 seconds. 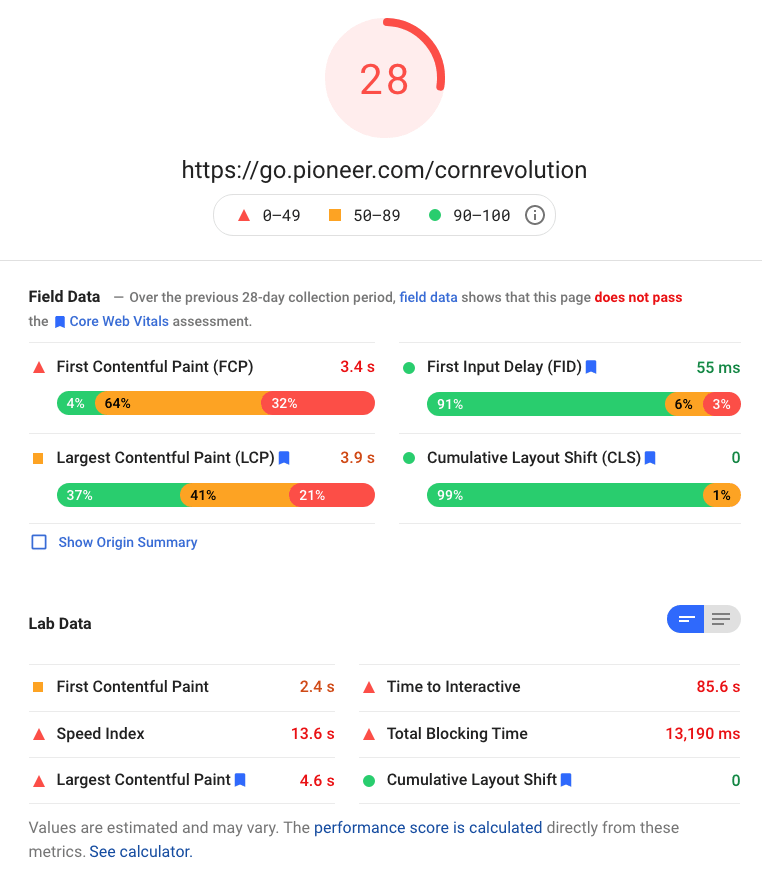 If you don't believe me, test it yourself. If you make it. Sometimes you'll get a timeout error.

Don't get me wrong, this website is beautiful. Utterly pointless, but beautiful. And there is nothing wrong with experimenting with new technologies. Javascript is also beautiful.

But - didn't we ditched Adobe Flash ten years ago, like, for the same reasons? Yeah, Flash had some security issues, but that could have been fixed. Main reason was - it was a bad direction for the web. Flash was often overused and that resulted in a poor performance. Obviously, computers back then could not take the load of billions of flash banners on the page. Somehow, we think computers of today can take the load of billions of js plugins. How?

The award for the Worst Self-proclaimed Trendsetter of the Year goes to...

You guessed it! The Awwwards.

This is not a critique of this website. Nor the agency who developed it. Nor the client who requested it.

This is a critique of the elitist trendsetters with no technical skill, who think a good or even the best website is the one with the most animations. We can all probably agree that's a bad direction for the web, once again.

And honestly, was anybody ever fooled by gimmicky paticles.js like plugins? Sure, I was also amazed when I first saw it, but... Tried to incorporate it into a website I was developing at the moment. Realised it was just a distraction from the content. Never saw it again... Until this award. Well, who would have thought, if I just went against my stupid logic and used it, I could have possibly won a Site of The Century award. After all, my website did load in under 75 seconds. 💪

So, is this the new benchmark?

If you liked this article, consider buying me a coffee.

What are some beginner level ReactJS questions to ask?

What are your favorite features of HTML5?

Nikola Betica
BEM Ninja, Frontend/UX developer & mentor @nivas.hr
What language or ecosystem have you worked with for work that you would NEVER choose to work in again?
#discuss #watercooler
Pitch me on Go
#go #discuss #pitchme
What is your go to coding playlist/youtube video?
#discuss #productivity #programming