Wait, framework-agnostic web components? What is that!
Let us try to understand the meaning of this term by an example, apparently my own example.

The setting in which I work at my company is based on a Garage concept. This translates to not having a single account which you work for, and instead getting to work on many short-duration, faster-delivery projects which keep flowing in and out of the garage. And the technology/framework for the deliverable is arrantly based on the requirement of the project.
Therefore, this means that one can get to work on Angular for let’s say one 7-month project whereas React/Vue for another project for some amount of time.
Now in this kind of setting where I have created lets say, a loader component for one of my projects in Angular, I wouldn’t want to redo the effort of creating a similar component for another project now that it is a react-based project let’s say. I would want something reusable, wouldn’t I?
So this small story was to set the context of why would one want to create a Web Component instead of a regular component in any of the frameworks that they code in.

Does it mean components coming from the web?
Well, the best way to explain web components would be to say that you can create a reusable custom element in any technology and use its functionality inside your web-apps by using the element.
As per the MDN web docs, Web components are defined as:

Web Components is a suite of different technologies allowing you to create reusable custom elements — with their functionality encapsulated away from the rest of your code — and utilize them in your web apps.

Each one of these standards are independently capable of being used. To leverage Web Components, we combine these four web standards and use and re-use our created custom elements built with the functionality of the holding framework in any of the frameworks/libraries, vanilla JavaScript etc.

Let us look at each one of these one by one.

This is the first standard of Web component spec which allows us to create our own tags just like another HTML element but we decide which behavior should be contained inside that tag.
A Custom Element can be created as:

More about Custom Elements and the two types of custom elements that can be created can be read here.

The shadow DOM specification for web components basically means that the custom element would have supported style encapsulation and it wouldn’t conflict with the ID or class of your other elements in the DOM. It does so by creating a sub-DOM tree of the element.
These elements enters as children of the element and have their own encapsulated styles.
This works by using element as a placeholder for the the custom element.

More on the DOM API, Shadow DOM, slots etc. can be read here in this amazing article.

This third standard of the web component basically helps it to be have some chunk to the template to be loaded at runtime. This is achieved by using the tag.
Whatever is placed inside these template tags can be rendered at runtime by cloning and inserting them though JS.
After retrieving the template tag in JS, you can activate it using:

We can then append this using to the DOM as a sub-DOM tree.

This specification helps you integrate your custom element with the different JS apps by defining the interface using the script.

This will then allow us to use the custom tag inside our app like:

These four web component specifications help us understand how and why the components are to be used in which ever framework/ JS app as you wish to.
Now that we have an understanding of Web components, in general, custom elements, Shadow DOM etc. We can proceed to create one custom element inside the Angular framework and be able to use it inside other library projects.

Creating a Web Component in Angular

As Rob Wormald mentioned in his talk,

To start with this, the first step would be to install the package @angular/elements .

The next step is to create a traditional Angular component (to be used as a web component) which looks like this:

The selector name will be the one used while creating the web-component. Also, you would want to give it a generic name as this web component is going to be a re-usable one which you’d definitely want to use in your other projects as well.
The next step then is to create the custom Element inside the module of your app. To do this, we first need to declare it inside the entryComponents array inside NgModule.

Note: Starting Angular v9, this would not be required as with Ivy, we do not need to explicitly specify a component as an entryComponent.

Inside the module class, define the custom element component now as:

Inside the module, We use the injector service to basically wrap this Angular component as a web component using the createCustomElement method from Angular Elements. customElements.define registers this component on to the browser. This is done inside the ngDoBootstrap method as you want to manually bootstrap the component instead of asking Angular to do it using the bootstrap array.

Once this is done, you can use it on an Angular component’s template as above and to make sure that the Angular component recognizes this custom Element, we add CUSTOM_ELEMENTS_SCHEMA in the schemas array in NgModule inside AppModule.
You custom Element is now ready to be used and is accessible inside any of your Angular projects. 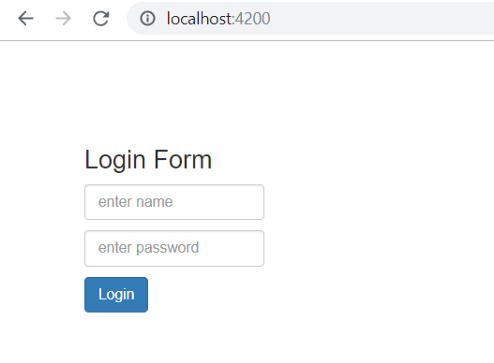 You now might be wondering that I mentioned about using these anywhere across apps created using different frameworks or in JavaScript. Well, officially Angular does not yet support stand-alone web components which can be used outside the Angular projects, however, you can still use these custom elements in other frameworks by a variety of ways. Let us look at that.

The community project, ngx-build-plus by Manfred Steyer, allows us to create the required polyfills and the optional --single-bundle switch, helps create a single bundle which then exposes our web component.

There is an amazing series of blog posts about Angular elements in detail by Manfred himself here.

To add it to your web component project,

This will update the build target in your angular.json to ngx-build-plus:build and update scripts related to polyfills.

Also, remember we manually added polyfills to our web component project? We can avoid doing that as well with the help of ngx-build-plus!

We can do this by using the command: ng g ngx-build-plus:wc-polyfill

Now, to use the single-bundle flag, we would update our scripts in the package.json for building the web component.

The single-bundle flag defaults to false so we set it to true explicitly in the build script. When you try to build your component now using npm run build-my-comp , you might get to see another error saying:

Schema validation failed with the following errors: Data path “.budgets[1].type” should be equal to one of the allowed values.

To solve this, remove the following lines of code from angular.json

Finally, you will get a main bundle created now that can be exported to a Vanilla JS project, or any other framework and can be used as a web component, with, ofcourse, polyfills in place.

To test this, in a basic project inside index.html, I included the file as: 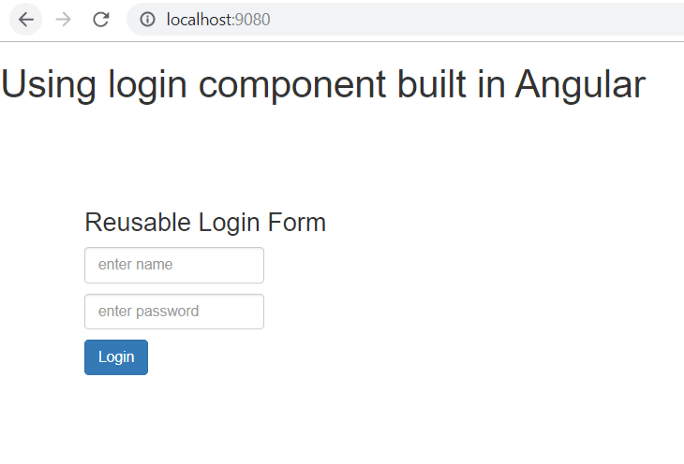 The web component can now be published to npm and used in other frameworks as well.
For this blog post, I will be publishing this login form to the npm registry and using it in a React project.
After building the web component using npm run build-my-comp , you get a single bundle generated for your web component, looking like this:

You can now publish it to npm by creating a package.json file in the dist directory. This needs only the name and version of the package that you will be publishing. To avoid the deletion of package.json every time you build the component, you can place it inside another folder.
The package.json looks like:

We can now cd into the built package and pack it into a package to be published to npm using npm pack. This will generate .tgzfile for you. To publish it to npm, make sure you are logged in to npm, if not, use npm login.

Our web component is finally on npm and can be used in other frameworks now :)

Using my web component in React

Create a new react app and inside the index.html, use the reference to your main.js script from npm.

//Use the custom element in the App.js file

And finally use the custom element in your app.js file with your own property values to the component. 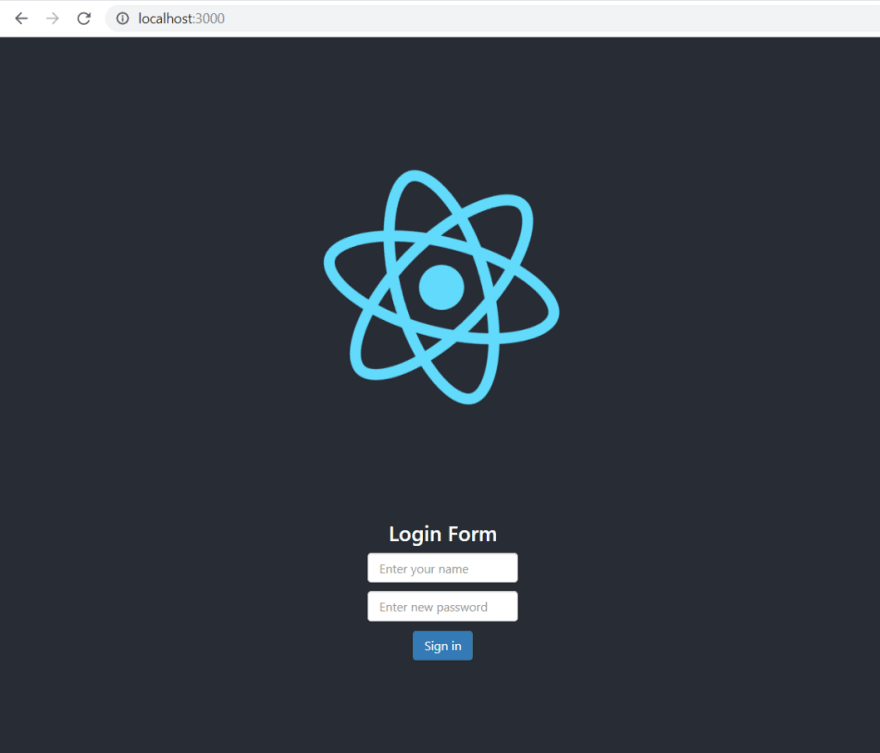 And here we go!
In the upcoming articles, I will be writing more on binding the data i.e. properties, events to the web components made in Angular.

Once suspended, nishugoel will not be able to comment or publish posts until their suspension is removed.

Once unsuspended, nishugoel will be able to comment and publish posts again.

Once unpublished, all posts by nishugoel will become hidden and only accessible to themselves.

If nishugoel is not suspended, they can still re-publish their posts from their dashboard.

Once unpublished, this post will become invisible to the public and only accessible to Nishu Goel.

Thanks for keeping DEV Community 👩‍💻👨‍💻 safe. Here is what you can do to flag nishugoel:

Unflagging nishugoel will restore default visibility to their posts.