In this blog, we will configure Docker and configure webserver in docker container using Ansible.

Before we start, we should know about Ansible and Docker. 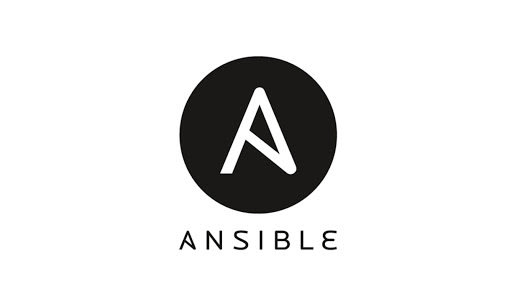 Ansible is an open-source automation tool, or platform, used for IT tasks such as configuration management, application deployment, intraservice orchestration, and provisioning. Automation is crucial these days, with IT environments that are too complex and often need to scale too quickly for system administrators and developers to keep up if they had to do everything manually. Automation simplifies complex tasks, not just making developers’ jobs more manageable but allowing them to focus attention on other tasks that add value to an organization. In other words, it frees up time and increases efficiency. 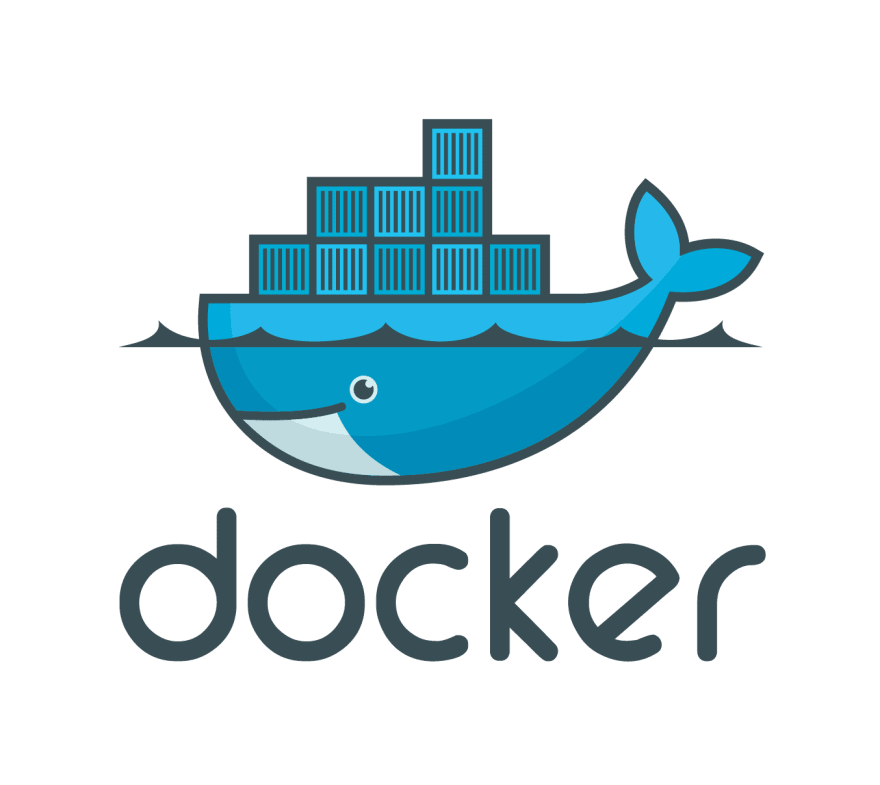 Docker is a set of the platform as service products that use OS-level virtualization to deliver software in packages called containers. Containers are isolated from one another and bundle their own software, libraries, and configuration files; they can communicate with each other through well-defined channels.

The network devices (and/or servers) you manage with Ansible. Managed nodes are also sometimes called hosts. Ansible is not installed on managed nodes.

The units of code Ansible executes. Each module has a particular use, from administering users on a specific type of database to managing VLAN interfaces on a specific type of network device. You can invoke a single module with a task, or invoke several different modules in a playbook. Starting in Ansible 2.10, modules are grouped in collections.

Ordered lists of tasks, saved so you can run those tasks in that order repeatedly. Playbooks can include variables as well as tasks. Playbooks are written in YAML and are easy to read, write, share and understand. To learn more about playbooks, see Intro to playbooks.

This blog contains the following tasks:

❄ Pull the httpd server image from the Docker Hub

❄ Run the httpd container and expose it to the public 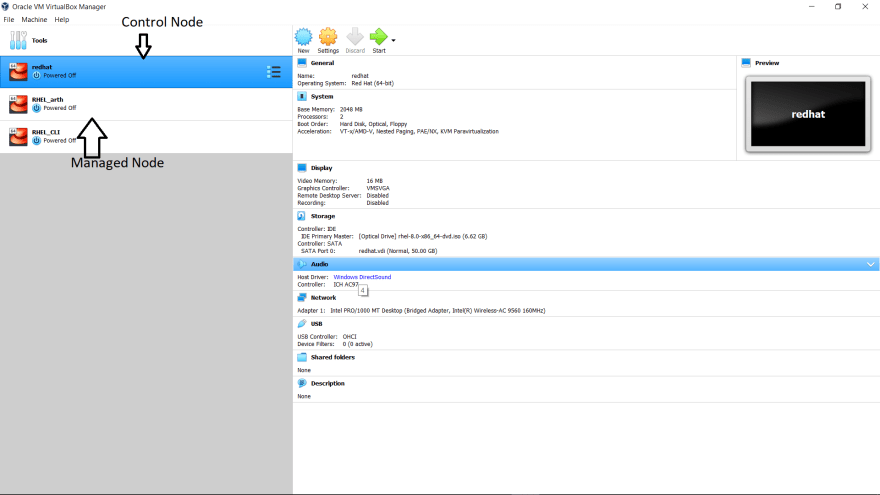 Here redhat is my Control Node and RHEL_arth is Managed Node. 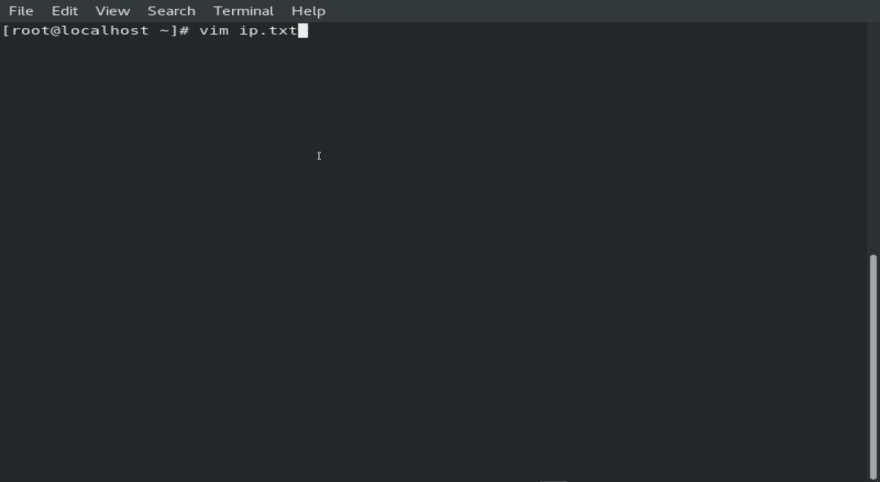 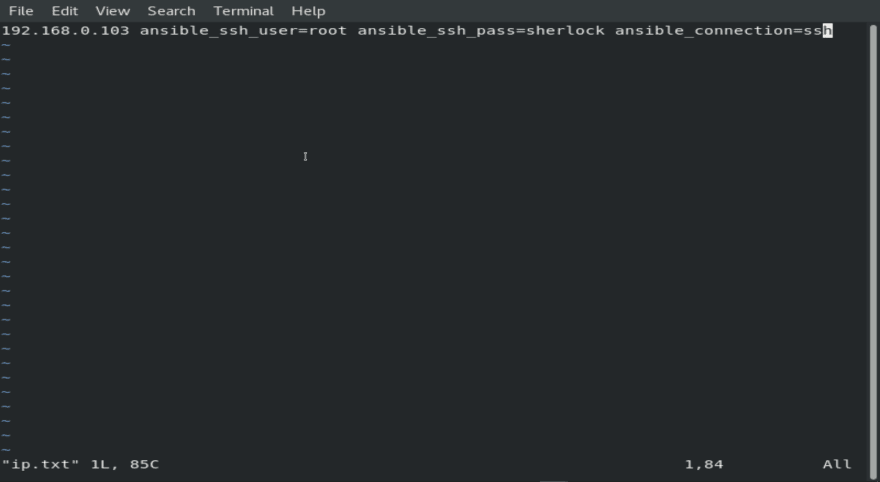 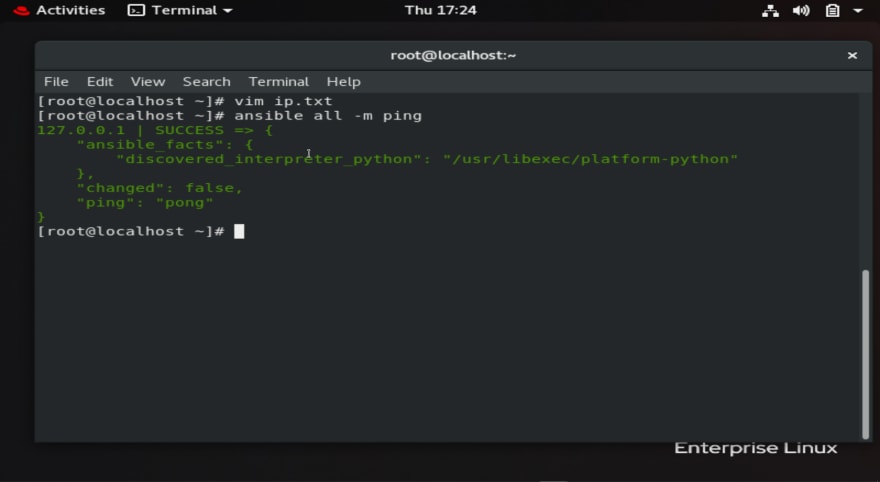 If it shows a message in green color that means there is connectivity and you will see the message ping pong. 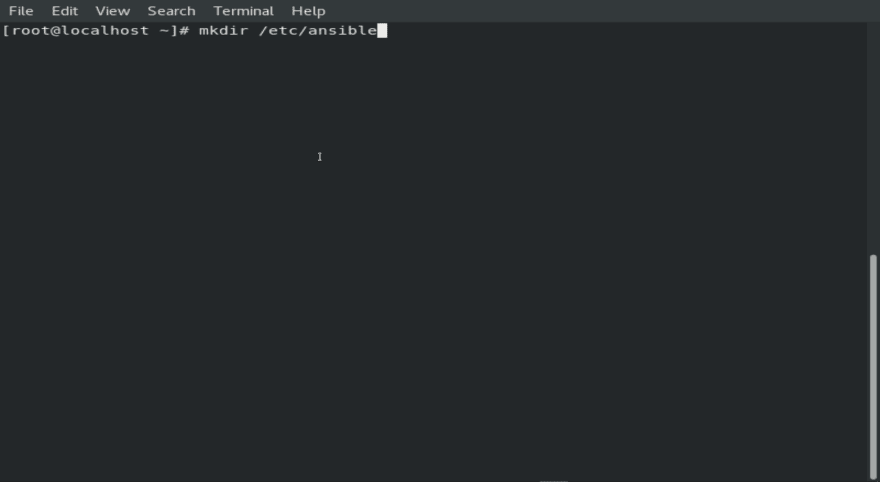 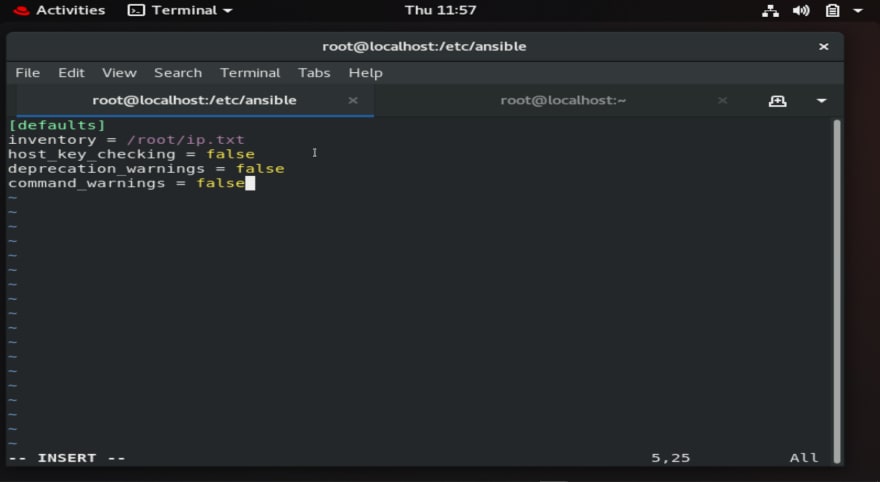 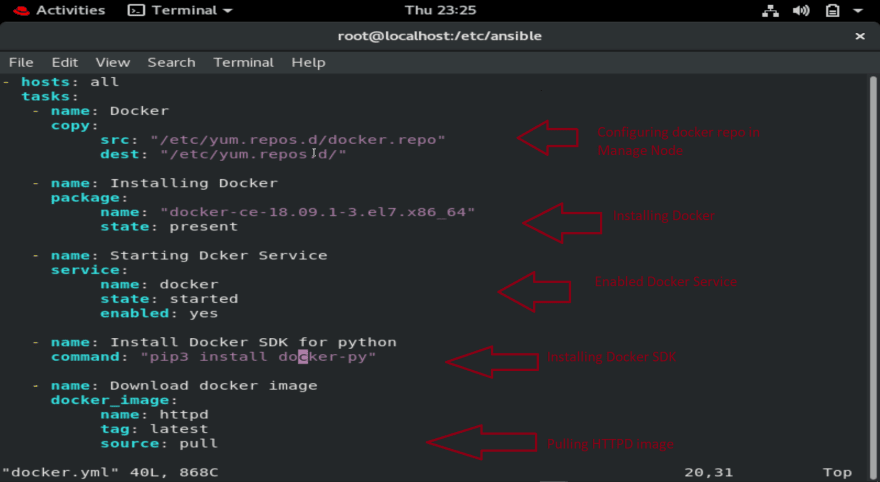 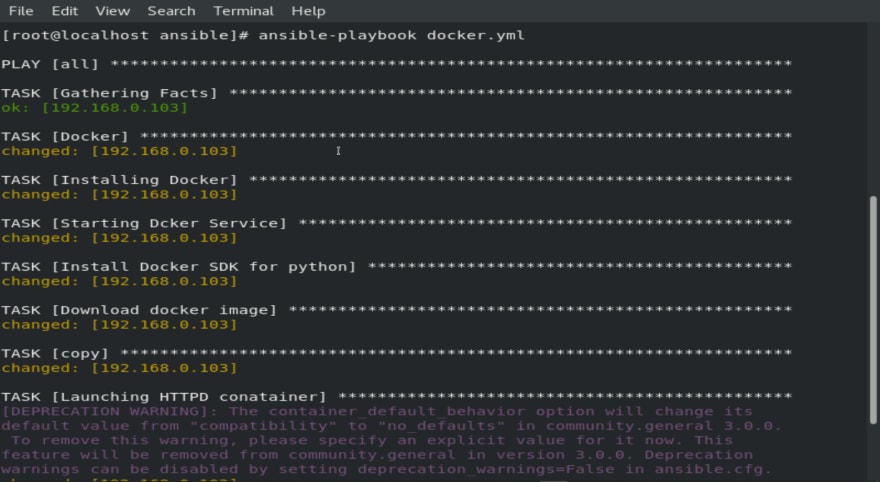 Now check in Managed Node or Target node is changes made 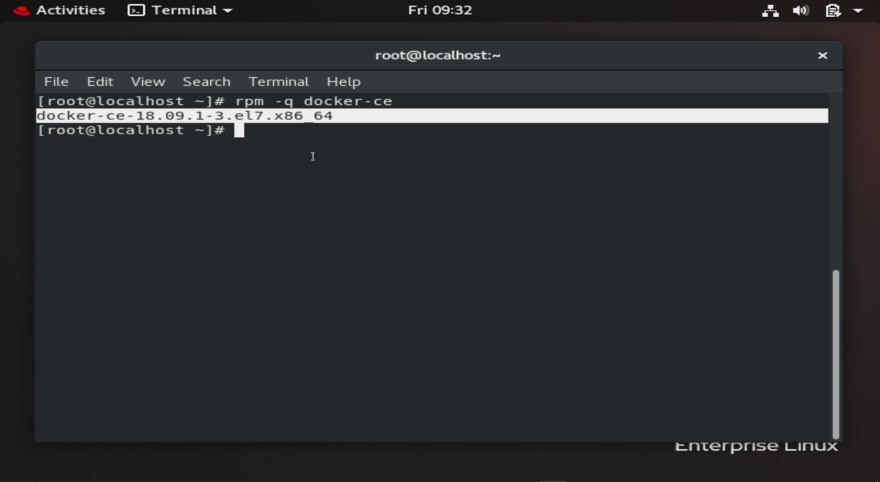 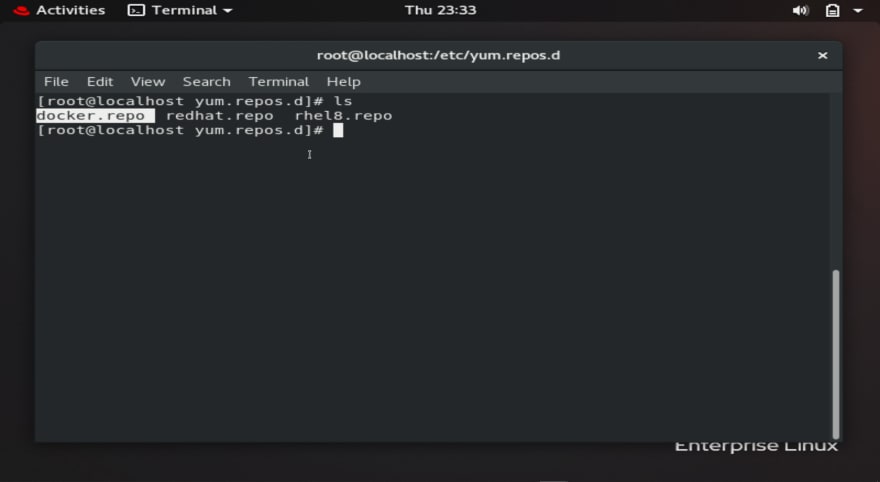 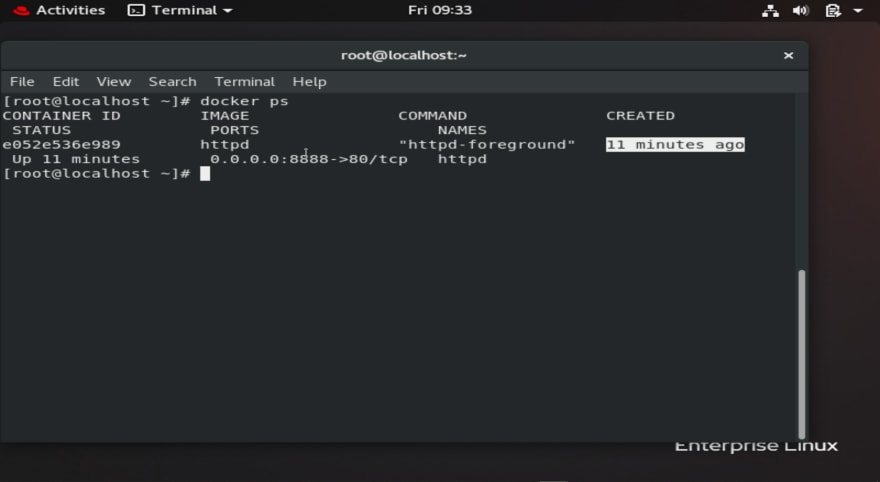 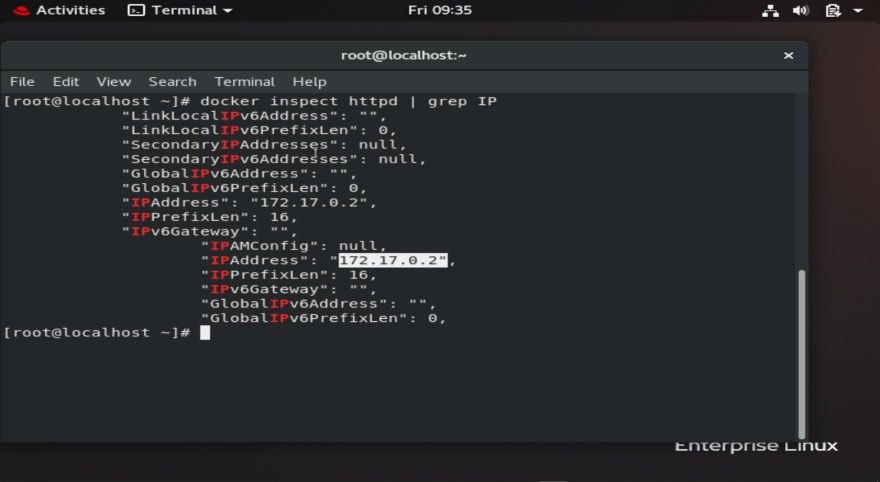 'No More Space' and Can't connect SSH to the Server

Run your own Drone CI