“Write Once, Run Anywhere”
-Sun Microsystems about Java, 1995
“Build Once, Run Everywhere”
-Docker about any piece of software, 2013

Docker is a set of projects, tools, pieces of software that come together to form a platform or ecosystem around creating a unit called “Image” and running this Image as a “Container” on any
docker-ready system.

Image and Container
The Image is the most important thing in the docker world.
The Image is used to create Container. A Container can be thought of as an instance of an Image. The Docker Image is a static thing, not a process in memory. Its sole purpose is to run the process.
The only three things that can be done with a Docker Image are:
● Build an Image
● Launch a Container using Image
● Delete an Image

In reference to Object-Oriented Programming, we may consider an Image as a Class and Container as an instance of the Class, i.e., an Object

Is Docker always preferred? Is Virtualization dead?
The answer is No! Virtualization is not dead. It is just that for some use-cases, containerization is better than virtualization. There have been several cases where, in an organization, both containers and VMs are running on a particular micro service.
Using Docker, however, provides us with some additional benefits such as higher speed, easier portability, platform-independence, higher efficiency and lower computing cost.

As you may remember, Docker allows to build, ship and run any software. But before shipping, we need to build and run. There are mainly two base concepts: an Image and a Container.
The workflow can be: 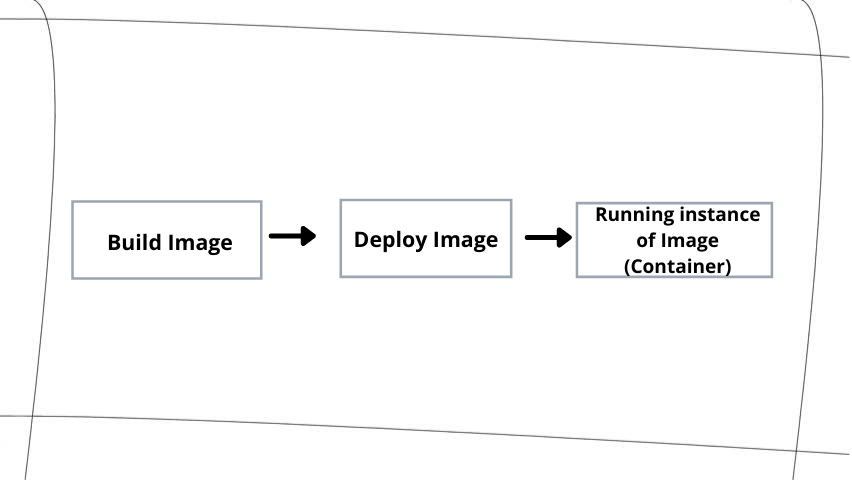 Whenever we want to start up a new container, we must build the Image first. This is the similar to Object Oriented Programming, where we need to create a class in order to create an object.

Every time we deploy an Image, we get a container.
The running instance of an Image is called container.

Apart from creating our own images, we can list out all images in the local copy of docker by using the command docker images.
Some other commands that can be used to work with images:

Can we share the Image?
We can share Images on Dockerhub. The Dockerhub is a registry/repository of free public Images that we can freely download and run on our local computer.

Working with Registries
Some handy and most-frequently used docker commands while working with registries:

Can I build apps with Docker?

Building apps from Docker can be seen as running different containers on a single application. It is just like making a recipe out of different ingredients.
Docker Compose comes handy in order to build applications with the help of docker.
The Docker Compose allows us to write a recipe (application) for all the ingredients (containers).
Instead of typing commands all day, we can describe requirements set up in a configuration file (which is usually a .yaml file). Once we have a configuration file, we can then run the application using docker compose by the command:
$ docker –compose up –d

How can I learn Docker
Here are a few links and resources you may want to follow in case you want to learn docker :)
Dockerhub
Learn Docker