Last weekend I checked another item off my bucket list: sharing a game at a local development event. The event was District Arcade in Silver Spring, Maryland, and the game was one I talked about in a previous post: Grand Canyon Adventure. It has convinced me that if you are a game developer, you should submit your game to a local event.

The submission process was easy enough: just fill out a google form with links to some screenshots, a brief explanation of the game, and of course a way to actually download and play the game. So why hadn’t I done it sooner? I had made at least a dozen games, if not more, but I had never taken even the first step to show my game in front of actual human beings. 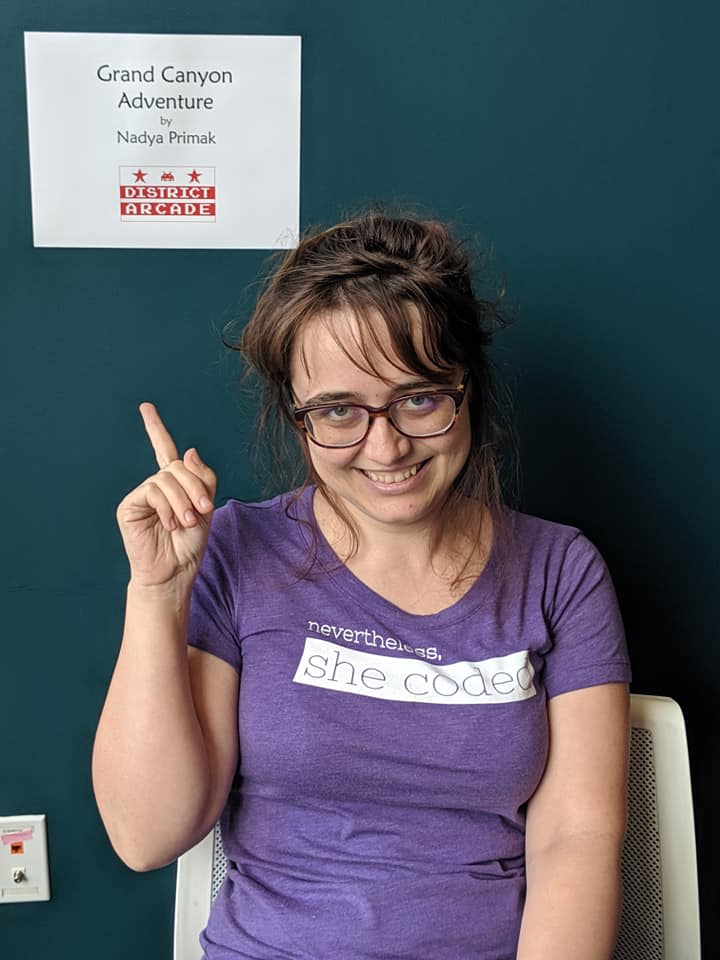 I think the reason I avoided showing my game was the same reason many of us avoid doing things that involve putting our work out there. We fear rejection, we fear being made a fool of in public, and we fear that we will be faced with terrible truth. That we will never reach our dream.

There is a choice each of us makes regarding our dreams. We either keep our them in a glass cage and never touch or tamper with it, and admire it like a beautiful statue from afar. Or we take the dream in our hands and carry it with us every day, no matter what dangers it might face out there.

I don’t want to wax too much poetic in here, but I can say I am glad that I took that dream in my hands. Even though I feared the worst, sharing my game at a public event actually turned out a lot better than I could have hoped. But first, let’s talk about the experience itself. 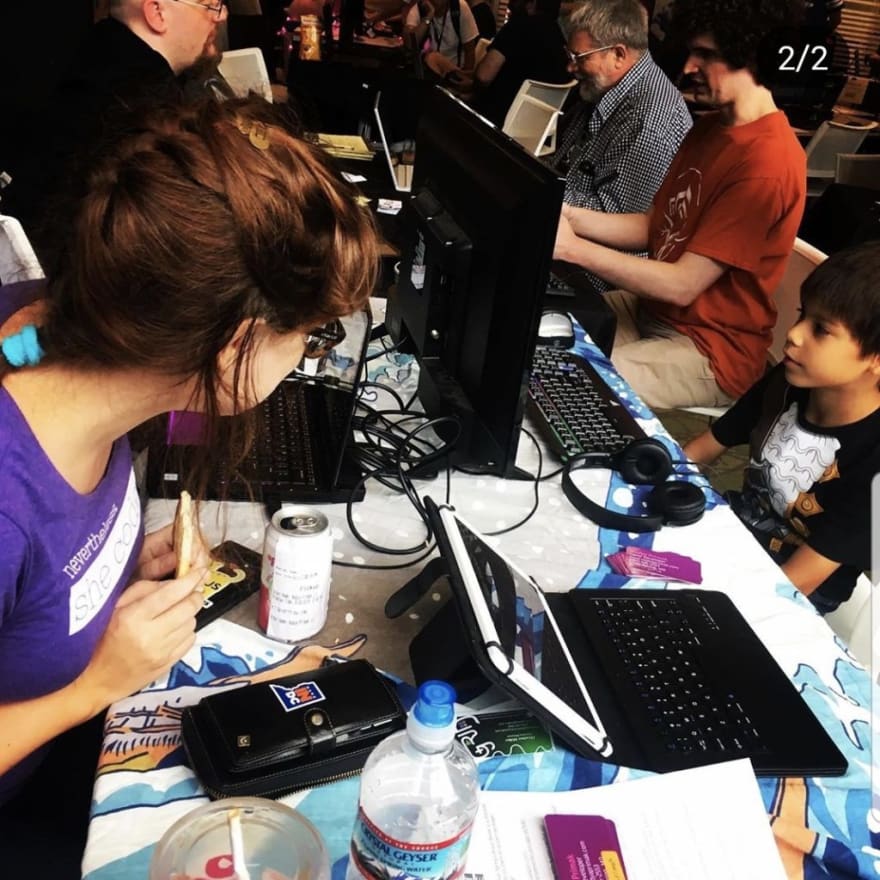 When my game was accepted I was both excited and nervous. I was excited that my game was accepted, but nervous because of all the what if’s in my head. What if nobody played my game? Making things worse, I couldn’t present my VR bowling game because there wasn’t enough space. Which meant I would have to present my other game: an educational one. I didn’t imagine many people wanted to use their brains on the weekend. Especially when there were plenty of mindless games available to play. Finally I was a solo dev, and I didn’t have any banners or stickers. With no swag to hand out could I still impress our visitors?

The first kid who sat down to play my game ran away blushing when he got his first question (my game includes a quiz about erosion) wrong. That didn’t bode well. Then more people started filtering in, and slowly things started getting better. I arrived at the event around 11 AM and barely had time to blink before it was 2 PM. People of all ages checked out my game, from teenagers to kids to adults and even some elderly folks.

I was taken aback by how respectful everyone was. Also how impressed they were when I mentioned that I made the game myself. When I shared my game online it was a completely difference experience. Under the mask of anonymity people had no fear of criticizing my games and providing very unhelpful negative feedback. 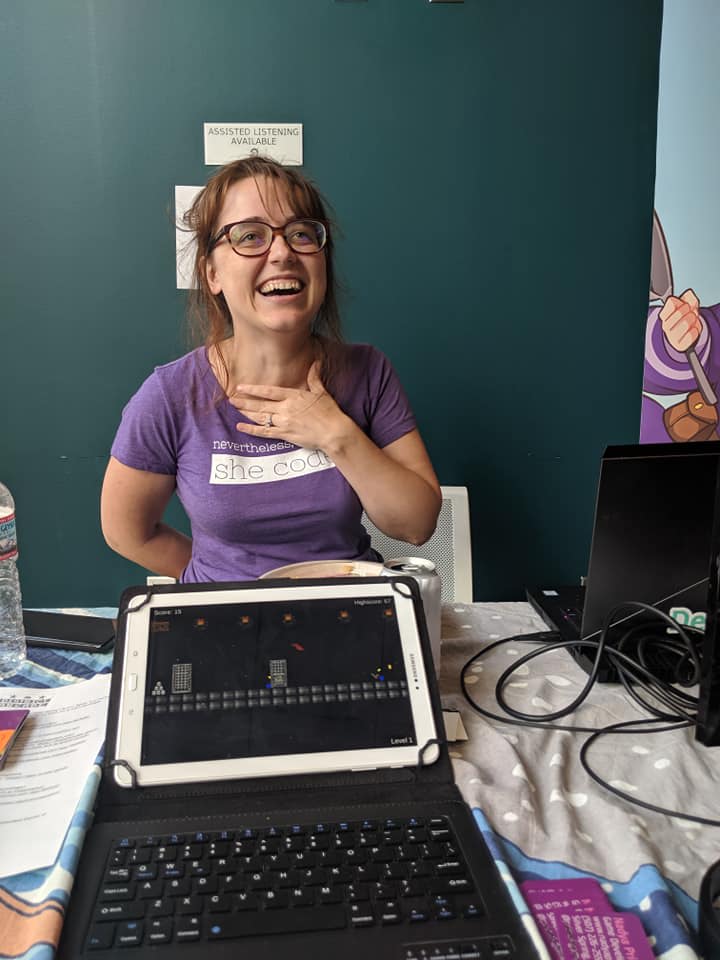 Since sharing my game at a local event I feel much more motivated and confident about my work. I made connections with other developers. Now I feel like there is an actual community out there that cares about what I am doing. Those of us developers making games on our own really need this. We don’t have a lot of people to share our stuff with. Submitting our games to local events is the best thing we can possibly do.

I hope you take my advice and submit your game to a local event! If you’re wondering where to start finding local game showcases and events, start by checking out your local chapter of IGDA or searching meetups.com. I write a new post (almost) every week! If you want to read more about the game I featured at the event, there is an older post I wrote on the subject here.

If you enjoyed this article, consider following me on Twitter @nadyaprimak or if you need more tips on breaking into the tech industry, you can read my book Foot in the Door in paperback or Kindle now.

The post Why you Should Submit your Game to a Local Event appeared first on www.nadyaprimak.com.