According to MDN's definition, "scope" in JavaScript is the current context of execution. What does that actually mean? Scope defines the variables and values that are within your current accessibility, and it can also be referred to the environment of variables. Let's jump right into an example:

We have a function called hello(), and we define a variable called "phrase" WITHIN the function. If we are trying to access the variable "phrase" from the outside of function, we are going to get this error:

This is easy to understand right? From the global scope perspective, we do not know what is a "phrase".

However, if we define a global variable, and try to use it inside the function:

From here we know that, scopes follow hierarchy, where children layer can access the variables of parent, but not the other way round.

In this example, the code is trying to look for the variable a, since it is used in func2. After it has failed to find it within func2 scope, it will go up to func1 and found it (a = 20). Therefore, the results of console log is 20. 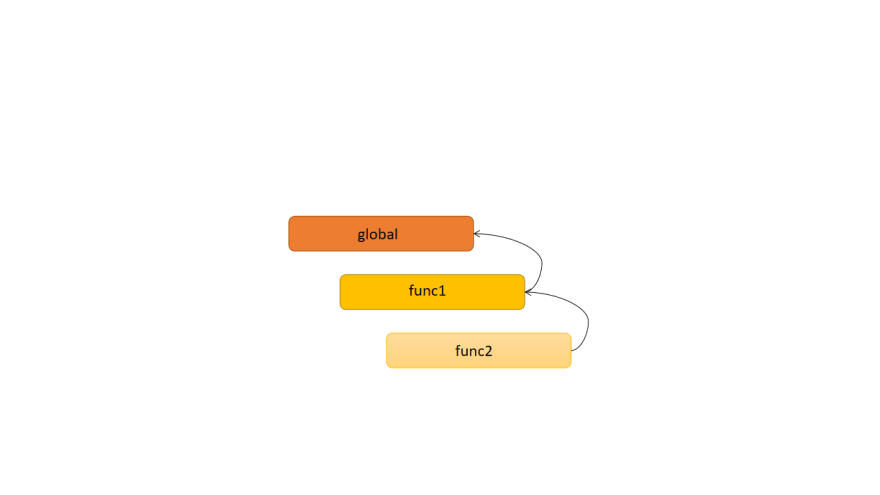 What if we change our code to this:

It is printing out 10 this time. Why is it so? We have to bring in another term called lexical scope, which is the scope that we determine where the function is defined, not called. In the first example, the func2 was defined within func1 and therefore, it will reach out to func1 to look for the variable that is not within its current scope. However in the second example, the func 2 was defined within the global scope (which is same level as func1), therefore it will look up to global scope for the missing variable.

Hope this gives you a brief idea on how the JavaScript scoping works. In our future articles, I shall also bring in concepts like hoisting, closure, block scope and etc to give you a clearer picture (should have done in this article but was too busy, pardon me).

Do follow me for more future articles on web design, programming and self-improvement 😊

Once suspended, ohdylan will not be able to comment or publish posts until their suspension is removed.

Once unsuspended, ohdylan will be able to comment and publish posts again.

Once unpublished, all posts by ohdylan will become hidden and only accessible to themselves.

If ohdylan is not suspended, they can still re-publish their posts from their dashboard.

Once unpublished, this post will become invisible to the public and only accessible to Dylan Oh.

Thanks for keeping DEV Community 👩‍💻👨‍💻 safe. Here is what you can do to flag ohdylan:

Unflagging ohdylan will restore default visibility to their posts.