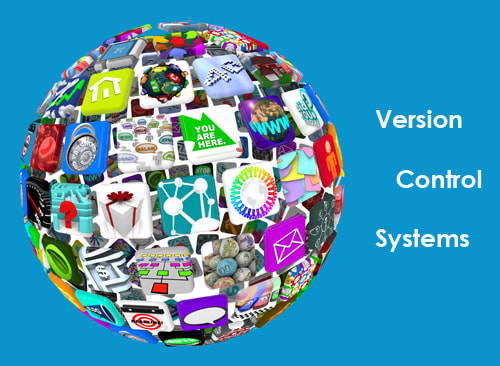 My very simple analogy for understanding this better is saying the words "version control" backward which gives you "control version" and in this case, "control version" would also mean "back up". This encourages you to make improvements to your coding projects without fear. The key idea of a version control system is to help preserve a detailed project history and its numerous future improvements/modifications. Another name for a version control management method is source code manager(SCM).

It is imperative that we are aware that "version controls" form a part of our daily lives. For example, you don't consciously keep different copies of a document when you type, but your computer does! A major reason why you can "ctrl + z" to dismantle an action when you make errors. Another great scenario is having to retrace your steps whenever you lose something on your way.

So, who can use a VCS?
Versioning(adj.) is a coding practice that should be used by both individual coders and any group of people involved in a project. It helps to keep code organized, clean and changes, traceable.

There is an erroneous assumption that Git and Github or that Git is simply a funky way of saying Github, especially among noob devs. Git and Github are in fact, two separate entities.

Git is a free and open-source distributed version control system like I earlier mentioned that helps you manage and keep track of your source code changes. Github on the other hand is a cloud-based service that helps developers manage Git repositories (repositories store instances of your code work). From production down to shipment, Github and Git help build collaboration directly into the development process.

Git installation guide
If you already have git installed, that is no problem but if not you can download it here
To open an account on Github, you can sign up here

Whether as a complete beginner or an experienced developer, you are eventually going to speak the Git language - which sounds super cool. I have highlighted a few of the most common Git commands you'll frequently come across as a developer.

Repository: Sometimes called 'repo' contains the collection of the files making up a project as well as the history of changes made to those files. Repositories in Git is considered as your project folder.

Branch: a branch in Git is a way to keep developing and coding a new feature or modification to the software and still not affecting the main part of the project. It is an essential feature available in most modern version control systems. A Git project can have more than one branch. We can perform many operations on Git branch-like rename, list, delete, etc.

Master: Master is a naming convention for Git branch. It's a default branch of Git. This branch is called a "master" branch because it is a repository's "default" branch.

Remote: In Git, the term remote is concerned with the remote repository. It is a shared repository that all team members use to exchange their changes. A remote repository is stored on a code hosting service like an internal server, GitHub, Subversion, and more.

Git clone: The git clone command generates a local duplicate of an existing project just as its name suggests. The clone operation provides the remote repository with a case. The clone holds all project data, history, and divisions and helps you to copy files of other nations

Pull: The term Pull is used to receive data from GitHub. It fetches and merges changes on the remote server to your working directory. The git pull command is used to make a Git pull.

Git is very useful and important to learn if you want to level up in the tech field. You can watch tutorials on YouTube to learn more. Later on, I will make the second part of this article with advanced commands.

Once suspended, oluwaseyii_t will not be able to comment or publish posts until their suspension is removed.

Once unsuspended, oluwaseyii_t will be able to comment and publish posts again.

Once unpublished, all posts by oluwaseyii_t will become hidden and only accessible to themselves.

If oluwaseyii_t is not suspended, they can still re-publish their posts from their dashboard.

Once unpublished, this post will become invisible to the public and only accessible to Taiwo Oluwaseyifunmi.

Thanks for keeping DEV Community 👩‍💻👨‍💻 safe. Here is what you can do to flag oluwaseyii_t:

Unflagging oluwaseyii_t will restore default visibility to their posts.