Yesterday I was going thru HackerRank tutorials of 10 Days of Javascript and had stuck at a problem statement.

The problem statement I am referring

At first the problem statement looks very trivial and in fact it is.

If you are not very highly skilled and seasoned JS dev then you would make the same mistake as me 😓. 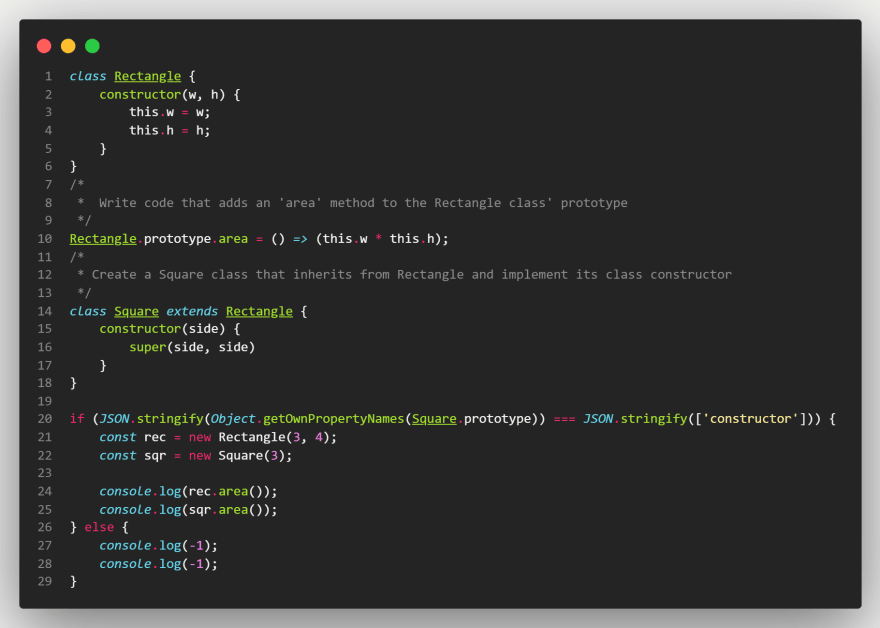 Image of the problematic code

You can know your skills if you do/don’t find the above code wrong.

I believe just like me, you know where the problem lies. At one point in your life of js development you have come across this and would just require to be reminded of how functions are scoped.

I soon found out the mistake, when I saw the output of the execution and had console logged “this” as a debugging method, the very *Brahmāstr *(the ultimate weapon) of the developers 😆.

If you are still asking why it is wrong then please let me explain it to you.

The problem lies in as how the two types of function declaration essentially work, moreover how internally the scoping of functions is done.

There are a bunch of different ways in which arrow functions differ from normal/regular functions (not only in syntax).

So what do all this mean in our issue?

Just for explanation purpose I have saved this in a variable abc and passed it as a parameter to the area function. This helps us to realise that the parameter object *and *this are equal.

TLDR: " this ” in the arrow function is not set as the scope of it’s parent as in regular functions, but is set to the reference of the scope in which it is called. (ie the scope of if block)

How regular functions work and differ from arrow functions besides the obvious syntactical difference? 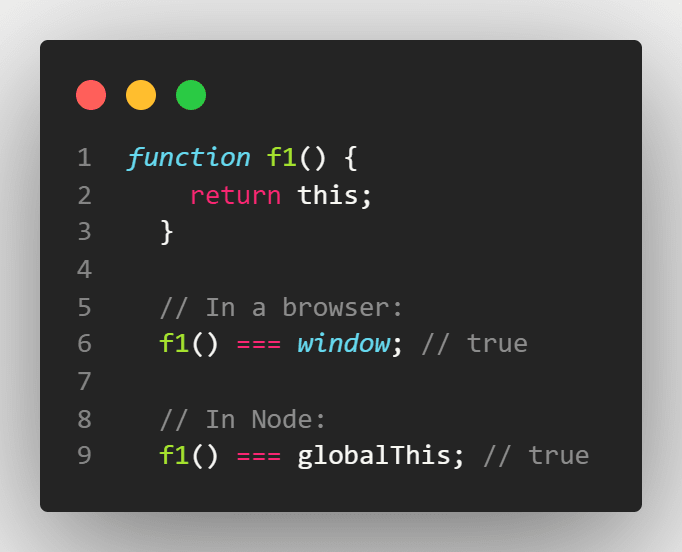 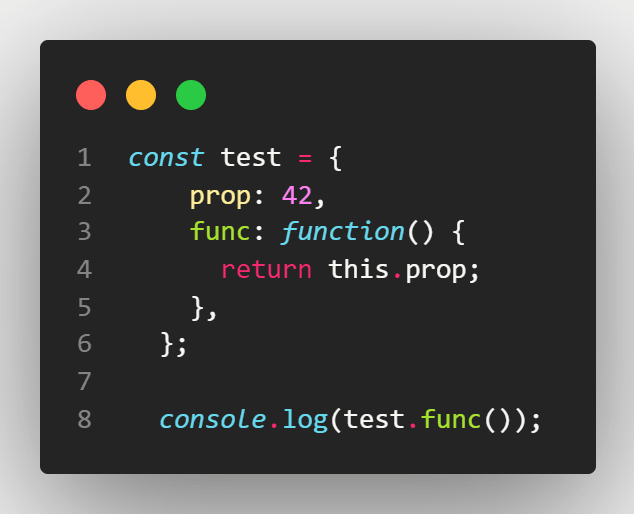 5.When a function is used as a constructor (with the new keyword), its this is bound to the new object being constructed.

6.When used in strict mode then the value of this of function is set to undefined . (Didn’t understand? Refer the code below extracted from MDN).

Note: That if a function is called as a method of an object, its this is set to the object the method is called on even though it is in strict mode. 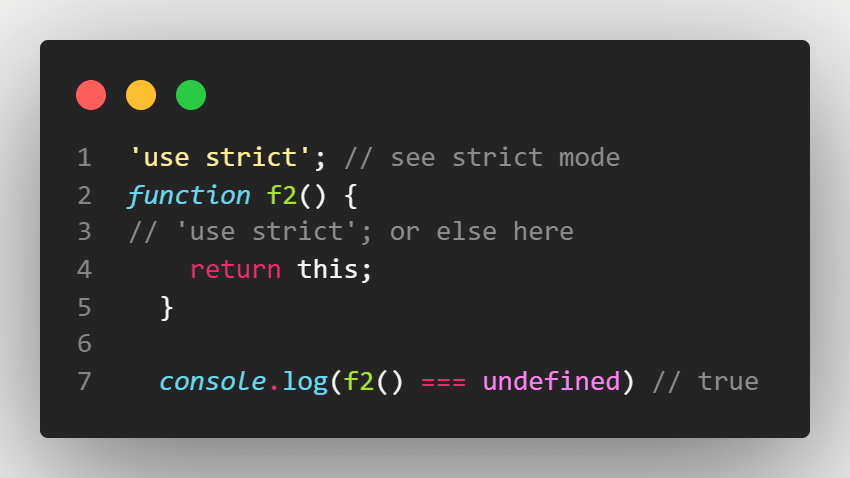 7.Value of this can be custom set when calling the function by using .apply(), .call() .
(Didn’t understand? Refer the codes below)

Note: That in non–strict mode, with call and apply, if the value passed as this is not an object, an attempt will be made to convert it to an object using the internal toObject operation. So if the value passed is a primitive like 7 or ‘foo’, it will be converted to an Object using the related constructor, number 7 is converted by new Number(7) and the string ‘foo’ by new String(‘foo’). 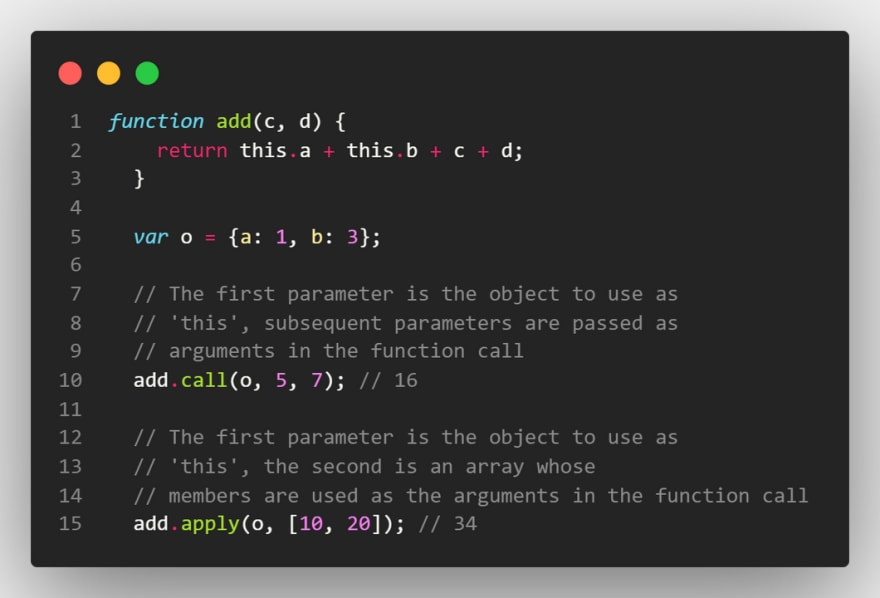 8.Using .bind() creates a new function which which has same body and scope as the function it is called upon but the value of this is permanently set to the value of parameter of .bind() and then returns the new function. (One more point in the example below, look for examples below) 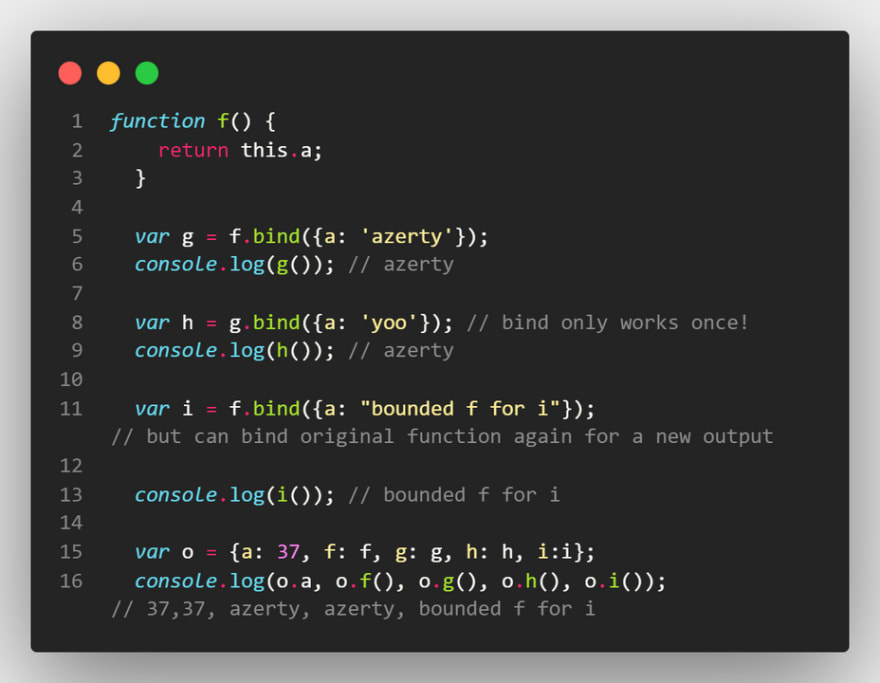 9.A function used as getter or setter has its this bound to the object from which the property is being set or gotten. (Didn’t understand? refer to the code below from MDN). 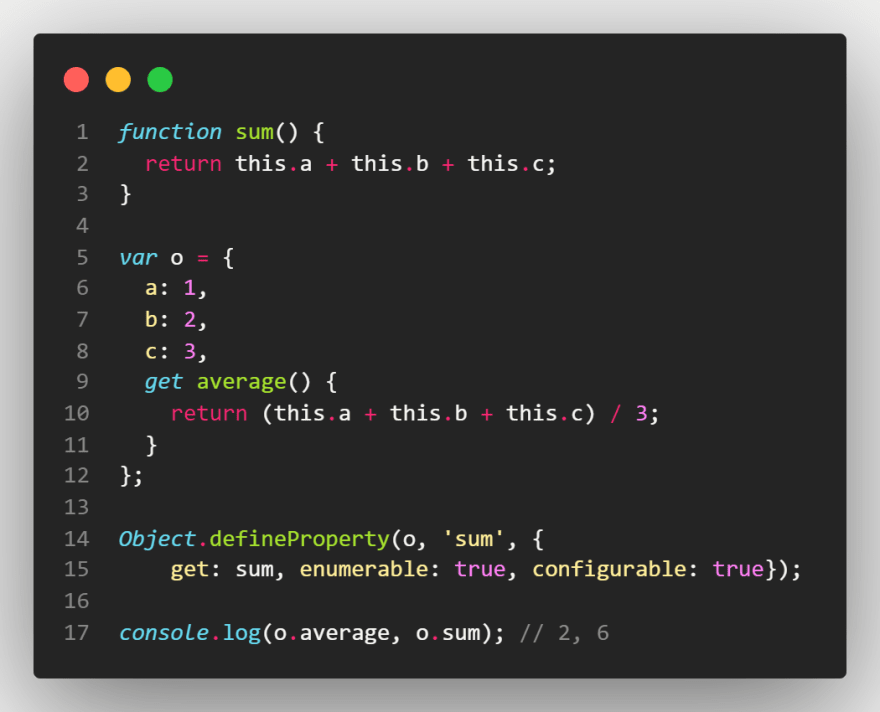 Working of the solution code 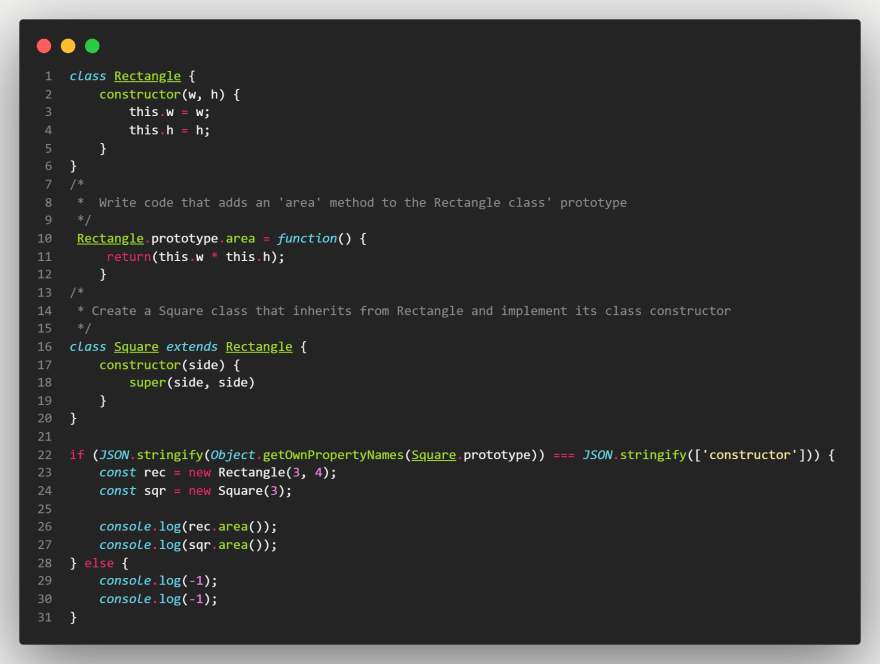 Solution for the problem

This is where I end my article. Any suggestions are most welcome.

Bun command not found on Linux

My portfolio got 4x100 in Lighthouse

Once suspended, omkaragrawal will not be able to comment or publish posts until their suspension is removed.

Once unsuspended, omkaragrawal will be able to comment and publish posts again.

Once unpublished, all posts by omkaragrawal will become hidden and only accessible to themselves.

If omkaragrawal is not suspended, they can still re-publish their posts from their dashboard.

Once unpublished, this post will become invisible to the public and only accessible to OMKAR AGRAWAL.

Thanks for keeping DEV Community safe. Here is what you can do to flag omkaragrawal:

Unflagging omkaragrawal will restore default visibility to their posts.