🤔 What's all this about?

Around 2 years ago, I wrote a blog post on building a Twitter bot in 17 lines of code (https://dev.to/omarhashimoto/how-to-build-a-simple-twitter-bot-in-17-lines-ofcode-2aan). Ever since, I have been experimenting with different uses for these bots. Two examples of successful beta access hunts include Fortnite Mobile and Call of Duty: Mobile.

The most recent successful hunt was scoring a Hey invite code, well not quite, keep reading and be the judge.

I usually keep a template at my disposal for these hunts. If you haven't read my previous blog post already, I highly recommend you do so. It gives a nice introduction to creating your first app on Twitter and your getting your first bot up and running.

Before starting to code, I first spent some time examining what keywords/phrases people used when discussing Hey. I kept track of those keywords and realized the most popular ones were the following:

I then discovered that Hey invite codes were 7 character alphanumeric strings, so I created a regex pattern that can be used to match possible codes in tweets:

Obviously this isn't perfect; if there are words that are 7 characters, it will match those unwanted words. I was fine with some manual labor.

After this research phase, I decided to whip out my Twitter-bot-invite-code-hunter (yes, this is what I call it). It utilizes the Twit library to use Twitter's API with ease. The initial setup includes importing the library and setting up the keys for your app:

After that, we can use streams to listen to new tweets while tracking specific keywords, namely, the ones I mentioned above:

After this is done, we listen to this stream on every new tweet as follows:

Now we have a tweet object. To learn more about what attributes these objects have, I recommend you check out Twitter's official documentation on Tweet objects at https://developer.twitter.com/en/docs/tweets/data-dictionary/overview/tweet-object.

It turns out tweet has an attribute called text, which as the name suggests, contains the text of the tweet. Now, we can match it against our regex pattern as follows:

match_res now contains the words that match the criteria we need. We can then do the following:

This will check if any words matched, and if they did then it'll print them out. Aaaand that's pretty much it. The bot is ready to run.

I was really hoping it would be as easy as getting those Fortnite and CoD codes (those took less than 5 minutes). Sadly, I waited for over 2 hours for this to work because the codes started pouring out when new Hey invites were sent out.

After about 2 hours of waiting I saw someone who tweeted a code, I was really excited so I quickly opened Hey and put in the code and it worked!! 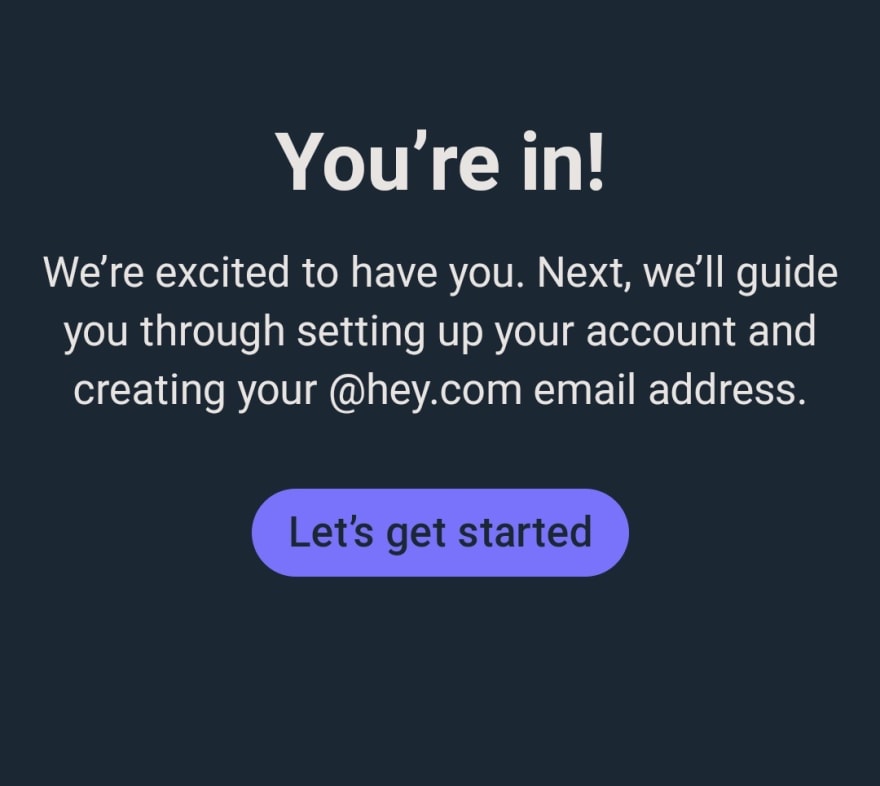 I was really excited so I slowly picked my email handle, opened my password manager and generated my password. By the time I clicked submit, I was presented with "This code is invalid". Honestly it was pretty disappointing I really thought that once I put in the code it was reserved for me, but I guess that wasn't the case. Anyways, I kept waiting and about 20 minutes later, the bot showed another tweet which said something along the lines of "I have one Hey code, let me know if you want one". So I quickly searched up the user on Twitter and DMed them telling them I'd appreciate it if they could send me the code if they still had it. Luckily, they sent me the code and I was able to register at my own (rather slow) pace.

I don't know about you, but I still consider this a successful bot hunt even though more manual labor was involved, but hey (pun intended), in the end I got access and I am completely loving the experience. No, seriously, you should really check out Hey, it's great.

For those of you who are interested in trying out their luck, here is the full code I used: