A client wanted to take their current monolithic application and break it up into a series of interconnected services. They wanted to go down the Service Oriented Archicture (SOA) road, but they had made some curious choices regarding what they wanted to expose in their APIs.

That got me to thinking about my daughter, Lilly-Rose. When she was rather young, I had an Android phone and she liked to play with that when we were riding in the car. One day we were driving along when she noticed a new icon on the phone. It had her face. And her name.

So she did. And this is what she saw. 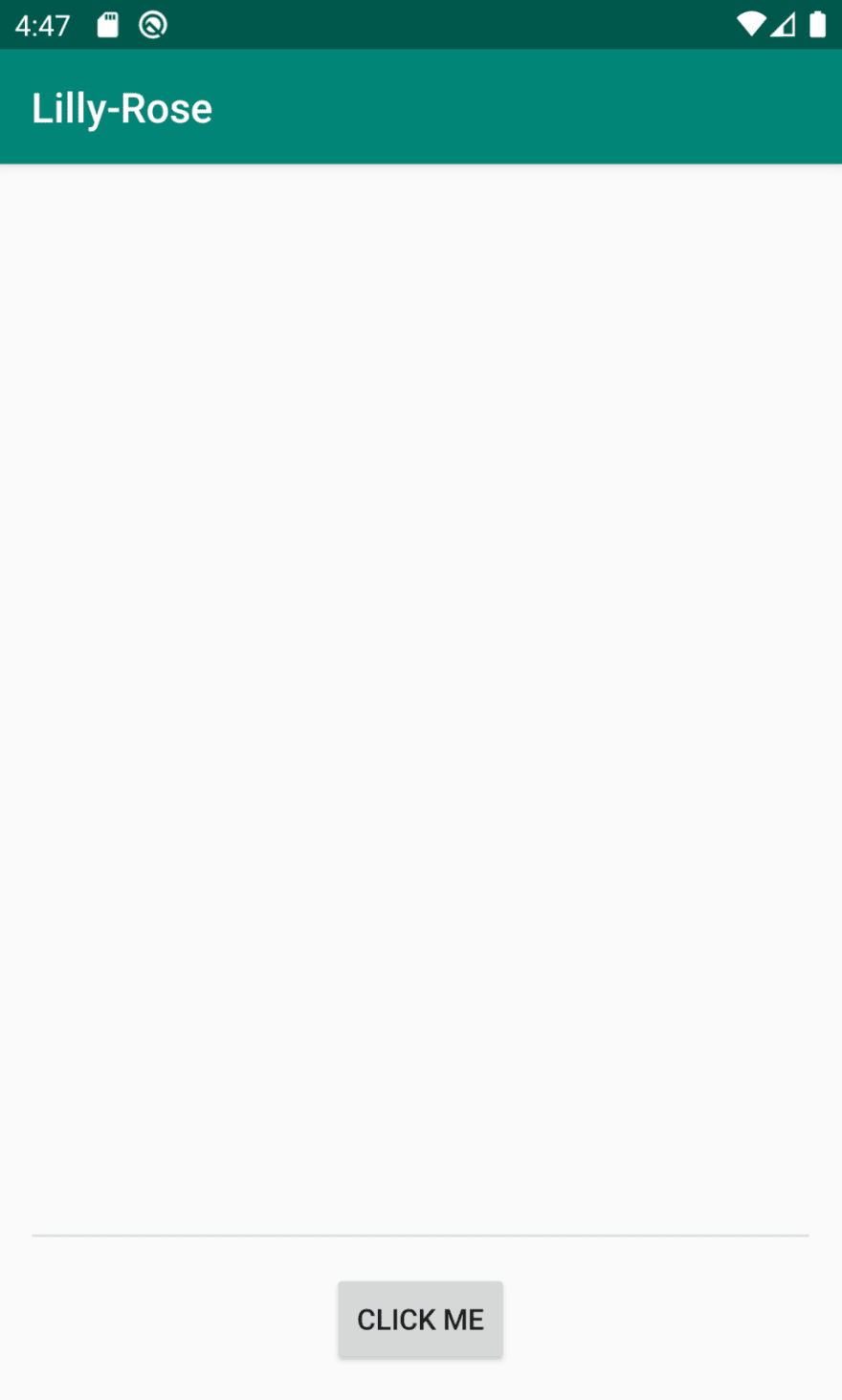 She smiled, but looked confused and showed me the phone (I was in the back with her). “It just says ‘click me’.”

So she clicked it and saw something like this: 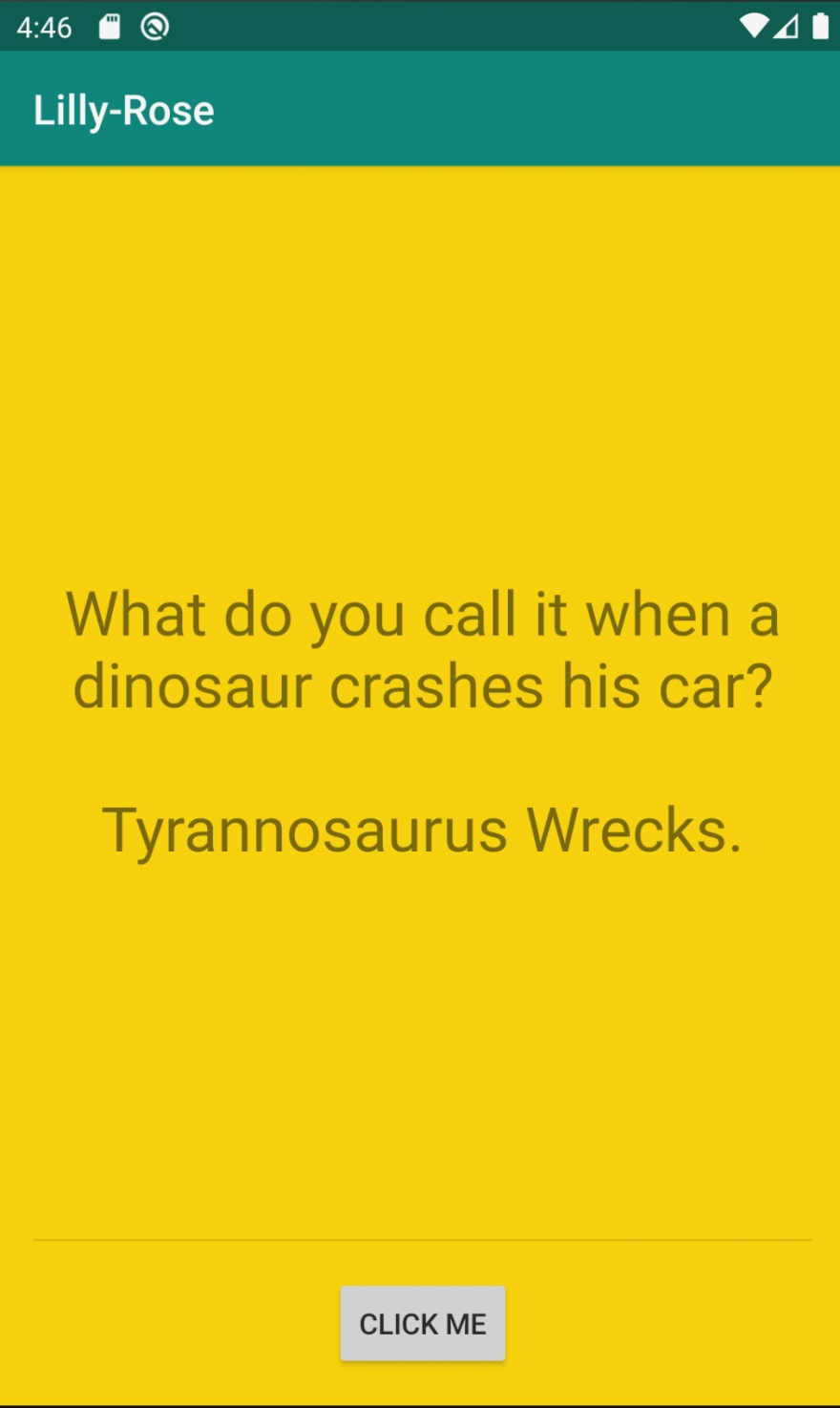 And then she clicked it again and saw something like this: 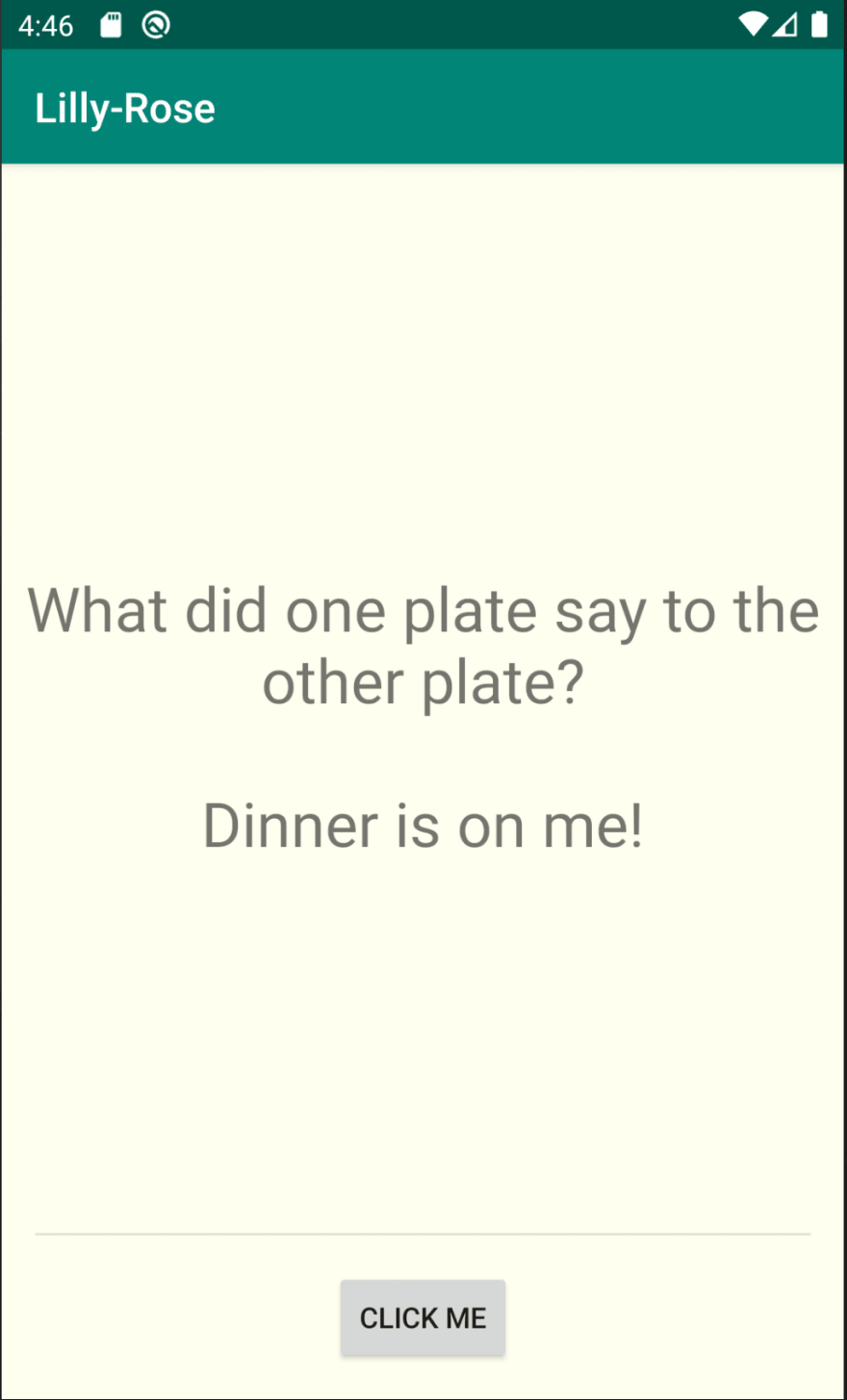 She kept getting weird things like “the cats are waiting for us to make a mistake before they take over” or “what do lawyers wear to court? Lawsuits.” (I had to explain that one) and she was laughing and having a blast. Every time she pressed the button she'd get a random joke on a random background color. Chalk that up as a win for papa.

So what does this have to do with APIs? You can think of that application as an API, albeit for my daughter and not another piece of software. I created it so that even my young daughter could figure out how to use it. I even got a bug report from her! (“Papa, it doesn’t work!”) It took me a while to realize that sometimes she would get the same joke twice and the same background color. So I made sure she’d never get the same joke twice in row.

Now you, as a software developer, might wonder ”what programming language did Ovid use?” or “are the jokes stored in a database?” My daughter didn’t care and neither should you. The technology used was the scaffolding to build the application. The application’s interface should hide the scaffolding.

Exposing the scaffolding is making an implicit promise that it can be relied on. People will be unhappy if you break that promise.

To be honest, this is so trivial that it seems ridiculous to write a post about it, but I've seen this violated so many times that I have to write a post about it. What language did I use? Who cares? So long as the app is the same, my daughter would still laugh. Were the jokes hard-coded, stored in a database, fetched from a remote service? Again, it doesn't matter. And it shouldn't be exposed in the interface.

It’s not that those technical decisions are unimportant. It’s that the end consumer shouldn’t have to be aware of them. When you hide them, you can change them, or fix them. When you expose them, whether it be in an application or an API, consumers of what you’re providing learn to rely on those details and then you get stuck providing them. So don’t do that.

For those who must know the technical details, here’s the core of the app, written in Kotlin:

It was dead-simple and just thrown together quickly to amuse my daughter. But if I ever needed to make it “production ready,” all the important bits were hidden away. Because this was an application on a smart phone and not an API, this sounds silly, but I’m hard-pressed to find a better analogy to explain this mistake I see made over and over again.

Get Started with Speech Recognition in PHP

Build Your First API with Rust

Ovid
Well-known software developer specializing in large-scale database-driven web sites. Usually I use Perl. I speak at too many conferences. https://allaroundtheworld.fr/
Fresh – Is this new Javascript framework the Node-killer?
#discuss #javascript #deno #webdev
Ever Heard of Ritual Posts?
#discuss #community #writing
12 APIs that you as a developer will love it 💖
#javascript #beginners #api #webdev

Once suspended, ovid will not be able to comment or publish posts until their suspension is removed.

Once unsuspended, ovid will be able to comment and publish posts again.

Once unpublished, all posts by ovid will become hidden and only accessible to themselves.

If ovid is not suspended, they can still re-publish their posts from their dashboard.