If you care about software, you have probably heard about design patterns. MVC, decorators, factories, etc. But there's an awesome design pattern that’s perfect for modeling complex behaviors, but it’s not well-known outside of the game industry.

We’ve built a narrative sci-fi MMORPG named Tau Station (it’s free to play; check it out!). Like many devs, we were quickly hit with the problem of developing complex items. At first, it looked like we just wanted to create an Item class and inherit from that. 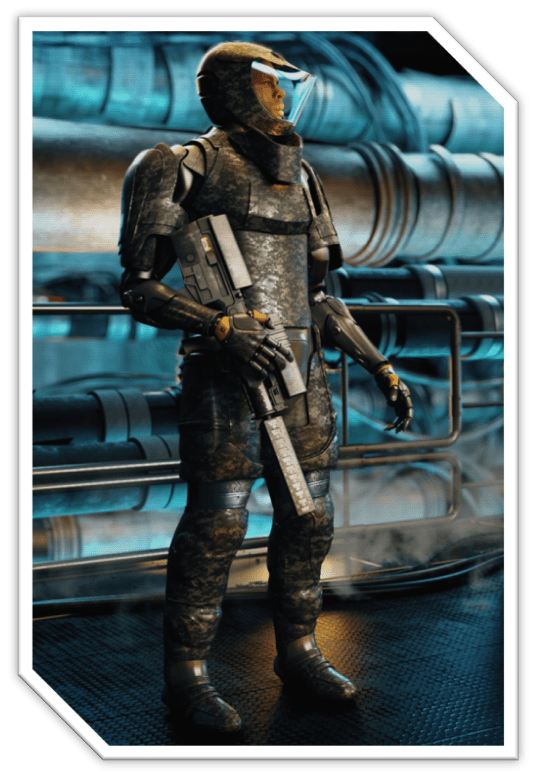 Have you ever wondered how games handle complex objects with multiple behaviors? Many older gaming articles recommended multiple inheritance, despite the well-known problems. Today, games frequently use the Entity-Component-System (ECS). It’s ridiculously powerful and often you find that creating a new, complex class is simply adding a few entries into a database.

ECS was first developed for the award-winning game Thief: The Dark Project. It’s a powerful way of introducing complex object behavior without complex programming. There are three parts to it:

Note that in ECS, you’re dealing with data, not objects. That’s very important to remember.

Now imagine you’re building a game for children where they are photographing animals in the forest. Each “entity” might be an animal, a plant, a trap, or any combination (a Venus Fly Trap could be both a plant and a trap). The core game loop might look like this (code examples in Perl):

Entities are merely bundles of data and the helper functions, such as is_animal, is_plant, and is_trap identify if an entity has a particular component.

But we’re a web-based game. Our game is driven by Tau Station citizen’s clicking on links, not on a game loop. So how do we handle this?

ECS for the Web

Tau Station doesn’t have a game loop, but that’s not really a problem. Instead, we check behavior as needed and the main concern is how we create our entities. For that, we have a simple view which pulls all related data in a single SQL query:

There are a few things to note about the SQL. First, all items have a unique, human-readable “slug” that we use in the URL. The “Combat Suit” slug, for example, is combat-suit. That’s used in the bind parameter (the question mark) in the SQL.

The LEFT OUTER JOIN parts mean the component columns will be NULL if the row is not found.

Finally, for many items, this SQL could be extremely inefficient. However, all of our items are immutable, meaning that we cache the results of the above query and player inventories contain “item instances” which might have more information (such as damage level).

The code to use the above data is fairly simple. In our strategy, we have global properties such as “name”, “mass”, and so on. That’s in our items table. Each item might have an armor component (component_armors table), a weapon component (component_weapons table), and so on. We have an Item class (it should have been named Entity) and though it’s a class, it only has read-only accessors for fetching item properties, and predicate methods for testing components:

Because we used LEFT OUTER JOINs in our code, the is_armor predicate method will return false if the component_armor_id is NULL. This means, finally, that if someone wants to equip armor, we can easily check this:

It’s a shame ECS isn’t well-known outside of the gaming industry, but after I gave a talk about Tau Station in Amsterdam, one London-based finance company realized it was a perfect way of modeling complex financial instruments. I’ve seen plenty of codebases where ECS would provide tremendous benefit. It’s “composition over inheritance” and it’s data-driven. It’s a huge win.

If you’d like to learn a bit more about Tau Station and how it was built, here’s a presentation I gave in Amsterdam.

Also, the code in the cover image for this post is from the game!

Feel free to leave questions in the comments and I’ll try to answer them.

Which 🐘PostgreSQL problems are solved with 🚀YugabyteDB

What I learned working on Nebula Graph, an open source and distributed graph database