In this post, I will be talking about the Visibility attribute for Android views. So what are Android Views? Android Views are user interface elements that are drawn onto the screen and that a user can interact with. For example, a button, a textview,and an imageview.

Android view attributes define how an element looks like, such as it's height, width, and color. Think of them as metadata for views. A view's visibility can be set to gone, invisible, or visible, as indicated in the sample code below: 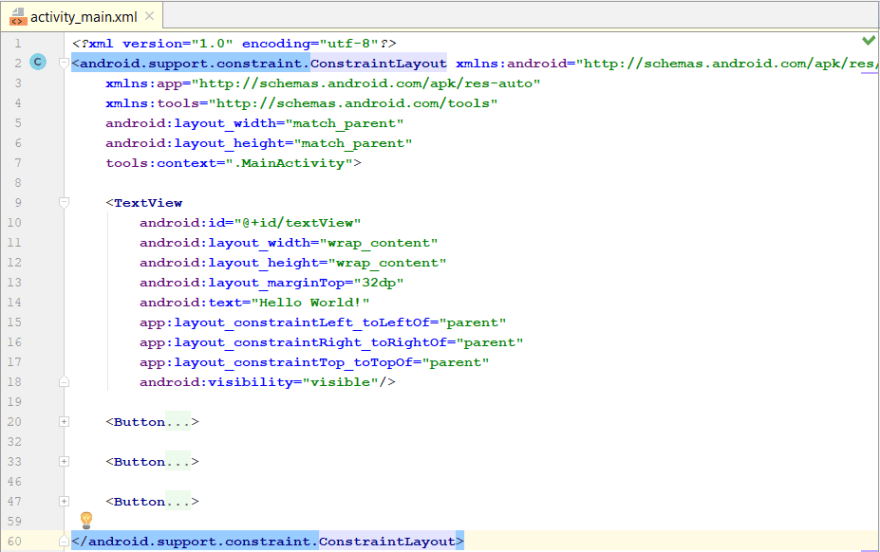 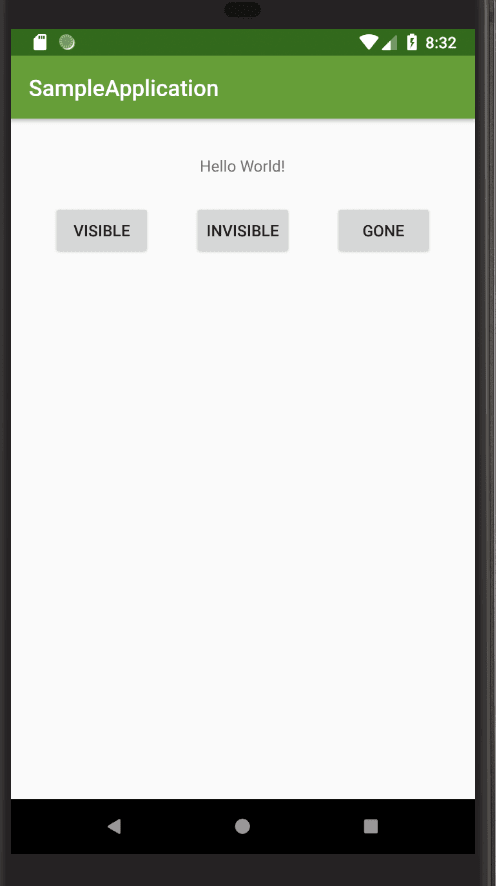 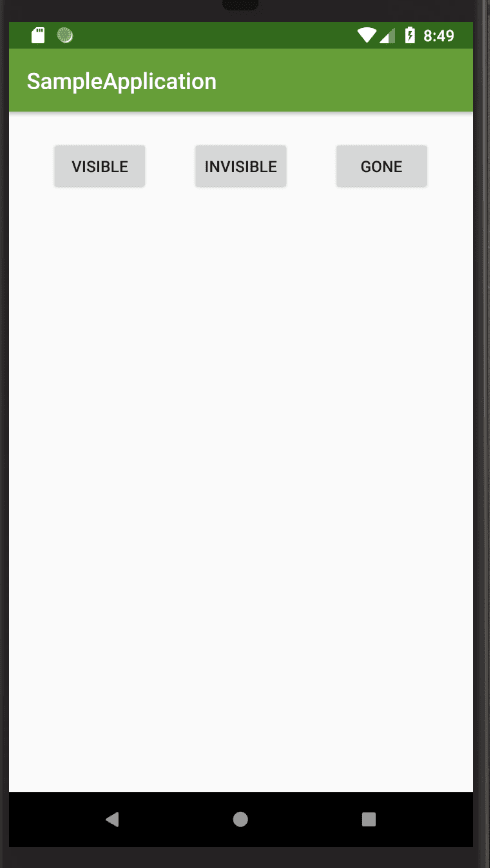 android:visibility="invisible"
If a view's visibility is set to invisible, the view will not be displayed, but it will still occupy it's space on a layout. So it might make the layout look a little weird with some extra space in-between elements.
Taking a look back at our sample app, the textview is not shown, but it still occupies it's space. The buttons stay in their positions. 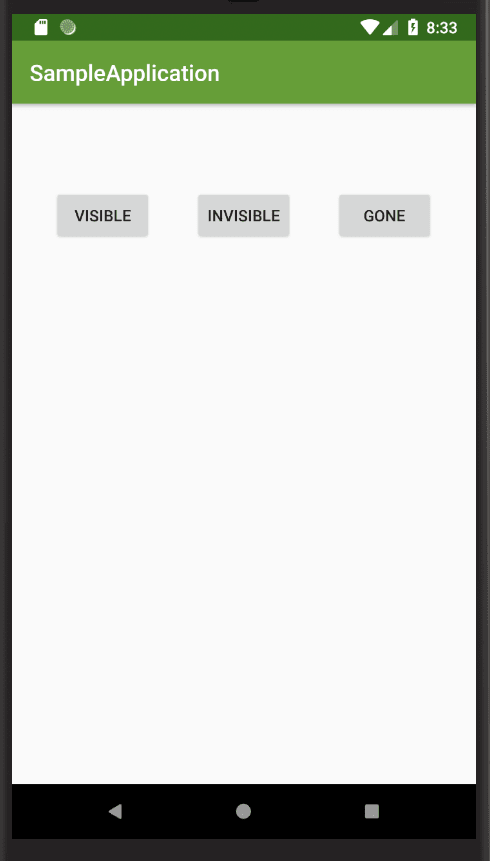 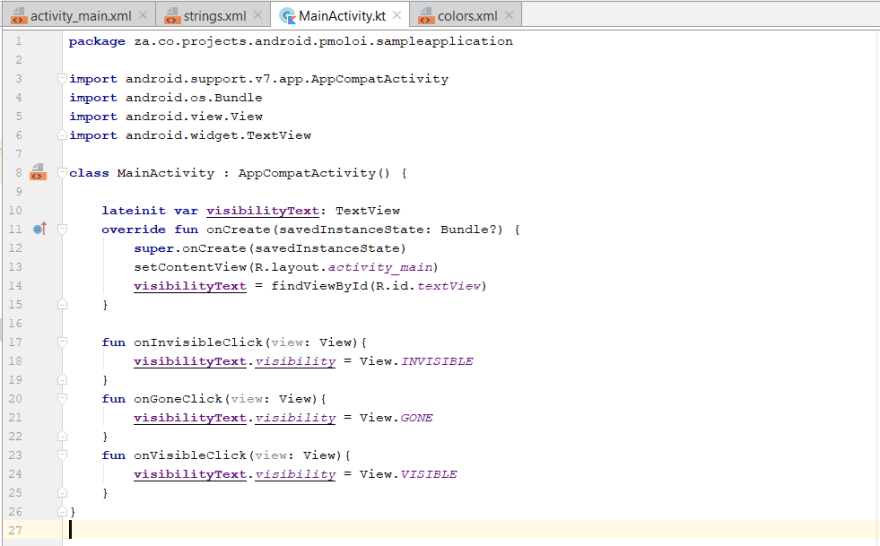 Toggling between the different visibility values aids us in showing the user relevant content depending on the activity being carried out on the screen. For example, we can show a loader when making a service call, and then only display the underlying content once we have a response from the server. The android visibility attribute is just one of many attributes that are available for us to use and play around with, so don't be shy to try them out.
A cool post you can check out https://guides.codepath.com/android/Defining-Views-and-their-Attributes.

Credits:
Thank you to Andrei Lazarev for the amazing cover image take from https://unsplash.com/photos/U47vtNMkyXg

Creating a Login and Registration Form with Node.js, Express.js and MySQL database

Once suspended, pabiforbes will not be able to comment or publish posts until their suspension is removed.

Once unsuspended, pabiforbes will be able to comment and publish posts again.

Once unpublished, all posts by pabiforbes will become hidden and only accessible to themselves.

If pabiforbes is not suspended, they can still re-publish their posts from their dashboard.

Once unpublished, this post will become invisible to the public and only accessible to Pabi Moloi, but Forbes .

Thanks for keeping DEV Community safe. Here is what you can do to flag pabiforbes:

Unflagging pabiforbes will restore default visibility to their posts.