In this article, we are going to deploy smart contracts using Python. This means that, if you know some Python, this could be your transition into smart contract and blockchain development!

You can see the original blog from Medium.

I love Python, it has such an amazing developer experience. There is something so sweet about being able to just write print("hi") and not having to do anything verbose like System.out.println("hi"). This sentiment is shared by many, including those in the fintech world. Many of the hedge funds I’ve worked with (and worked at) have used Python as their main language.

I wish I could take Python with me everywhere. And even though Solidity (Ethereum’s native smart contract language) isn’t Python, it has a lot of nice features, and can still be deployed with Python. When I first started working with Solidity, I used Remix, a strong web IDE that allows you to visualize your smart contracts. Remix is great and I still use it, but a lot of productivity can be accomplished outside of a single IDE. This was when I started to learn about Truffle and HardHat, which are Nodejs frameworks for deploying smart contracts.

These are the dominant frameworks I’ve seen by far, and this is all great but we don’t like Javascript, we like Python. So I was excited to find Brownie and web3.py; a Python framework to deploy smart contracts and an open-sourced repo for working with blockchains. We will be looking at both Brownie and Web3.py in this article.

There is a reason why so many data scientists, academics, and fintech institutions use Python. It’s such a versatile language, has an easy developer experience, and is jam-packed with packages to make life easier. Top defi projects are starting to realize this, with projects like yearn.finance using python to deploy all their production code. Yearn.finance is run by a group of really talented fintech engineers turned blockchain, and they took with them the tool that they know and love, Python. Also it doesn’t touch npm, but I’ll leave my distaste for javascript package managers for another article. 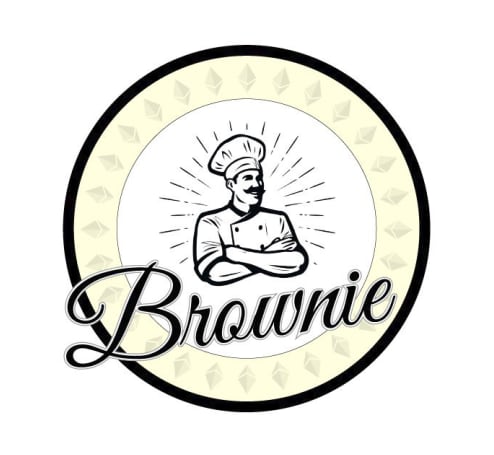 Brownie is an open-sourced Python smart contract framework created by Ben Hauser, aka “iamdefinitelyahuman”, and is a work of art. This is the tool that yearn.finance uses this framework to deploy and maintain contracts. You can start a project with a simple command, and start working with the code right away. What a “sweet” project name.

Brownie has a “baking” feature that allows you to start your repos with some baseline code since most projects need a lot of the same pieces, similar to create-eth-app.To get started, we just need to install Brownie the same way you install every other Python package.
pip install eth-brownie
We also need to install ganache-cli a package for deploying local blockchains. You’ll need to install npm and nodejs for this.

And boom! We are ready to go!

We are going to use the chainlink-mix to get started, since many of these top defi projects use Chainlink to get their asset data.

requirements.txt , README.md , LICENSE , and .gitignore can be ignored, for now, you’ll find out what they are for as you practice.

If you’re familiar with blockchain development, you know that local blockchains, testnet blockchains, and mainnet blockchains are all different things. We will be deploying to a testnet so we can interact with a real live blockchain.
You’ll need a WEB3_INFURA_PROJECT_ID which can be retrieved by making an Infura account. This will be what we use to connect to our testnetwork.
You’ll also want to get a metamask or other web3 ethereum wallet and fund it with some ETH. For this demo, we want to use the Kovan testnetwork.

If you’ve never used metamask, feel free to follow along in this video! You can skip the part about funding with LINK, we only need testnet ETH. We also will not be using Ropsten (as shown in the video) but Kovan. If you already have a wallet, grab some Kovan Ether from the faucet. 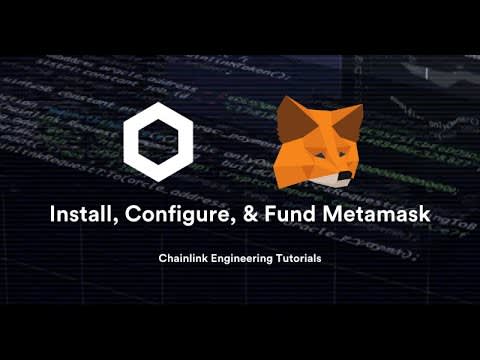 In our scripts folder, we have a script called 01_deploy_price_consumer_v3.py , this will deploy our Smart Contract that reads in the price of Ethereum in USD. If you want to see an easier walkthrough of what this contract does and how to deploy it, feel free to check out the Chainlink tutorial on deploying a price feed contract.
brownie run is the command we can use to run a script. If you run just brownie you can see a list of all commands.

--network kovan allows us to set the network we want to work with. We are working with the kovan testnet for this demo. You’ll need Kovan ETH to do this! You’ll get a big output, but eventually will settle with something like:

If this worked properly, we can go to kovan etherscan and find the contract we deployed. The link above shows the contract deployed in this example.

4. Read off your smart contract

Now that we have deployed a smart contract, we can read the price of ETH from the contract we just deployed. We will be using another script that we have:
brownie run scripts/price_feed_scripts/02_read_price_feed.py --network kovan

Brownie uses a tool called web3.py to make your life easier, but if you’re savvy you can always work with the contracts directly without a framework. Web3.py is a raw package that we can use to work more directly with contracts.
For this, we will just need our Kovan infura project id as above.
Remember, to interact with any smart contract, you need two things:

Brownie takes care of a lot of these pieces behind the scenes, but we can do it manually as well. Here is what reading from that contract on-chain looks like with web3.py.
First, we need to install web3.py.

Then we can run the following in a file.

Running the above will print the latest price of ETH in USD to our console. If you have an issue, be sure to check the Chainlink documentation to see if something is off.

You can learn more about Web3.py and Brownie from their documentation. Both of these projects are open-sourced so anyone can contribute!
Feel free to check out this video which explains it some more! 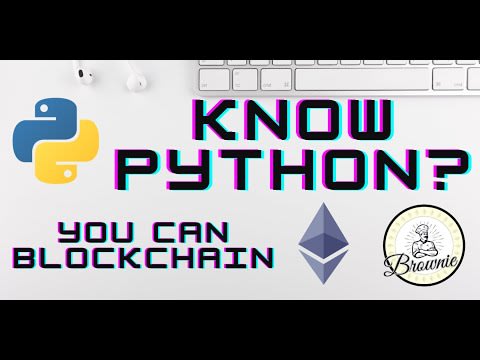 Once suspended, patrickalphac will not be able to comment or publish posts until their suspension is removed.

Once unsuspended, patrickalphac will be able to comment and publish posts again.

Once unpublished, all posts by patrickalphac will become hidden and only accessible to themselves.

If patrickalphac is not suspended, they can still re-publish their posts from their dashboard.

Once unpublished, this post will become invisible to the public and only accessible to Patrick Collins.

Thanks for keeping DEV Community safe. Here is what you can do to flag patrickalphac:

Unflagging patrickalphac will restore default visibility to their posts.