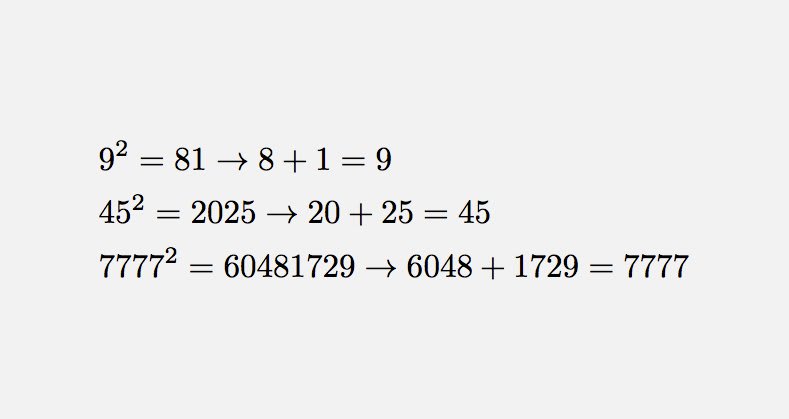 In mathematics, a Kaprekar number for a given base is a non-negative integer, the representation of whose square in that base can be split into two parts—either or both of which may include leading zeroes—that add up to the original number. For instance, 45 is a Kaprekar number, because 452 = 2025 and 20 + 25 = 45.

First gotcha is the second part of the split numbers must be positive (no zeros). The second part was that you add a zero to the front if the length is odd.

Thirty Days of Rust: Day One

Why Good Interviewers Still Use FizzBuzz

Solving day 5 of Advent of Code 2021 in JavaScript

Once suspended, peter will not be able to comment or publish posts until their suspension is removed.

Once unsuspended, peter will be able to comment and publish posts again.

Once unpublished, all posts by peter will become hidden and only accessible to themselves.

If peter is not suspended, they can still re-publish their posts from their dashboard.

Once unpublished, this post will become invisible to the public and only accessible to Peter Kim Frank.

Thanks for keeping DEV Community safe. Here is what you can do to flag peter:

Unflagging peter will restore default visibility to their posts.