In this tutorial, I’ll show you a working example for deploying a docker container on OpenShift V4. You can find all Kubernetes resources from this tutorial on my Github repo. If you only have some basic knowledge of Docker and Kubernetes and don’t know OpenShift yet – don’t worry, this tutorial will be perfect for you! 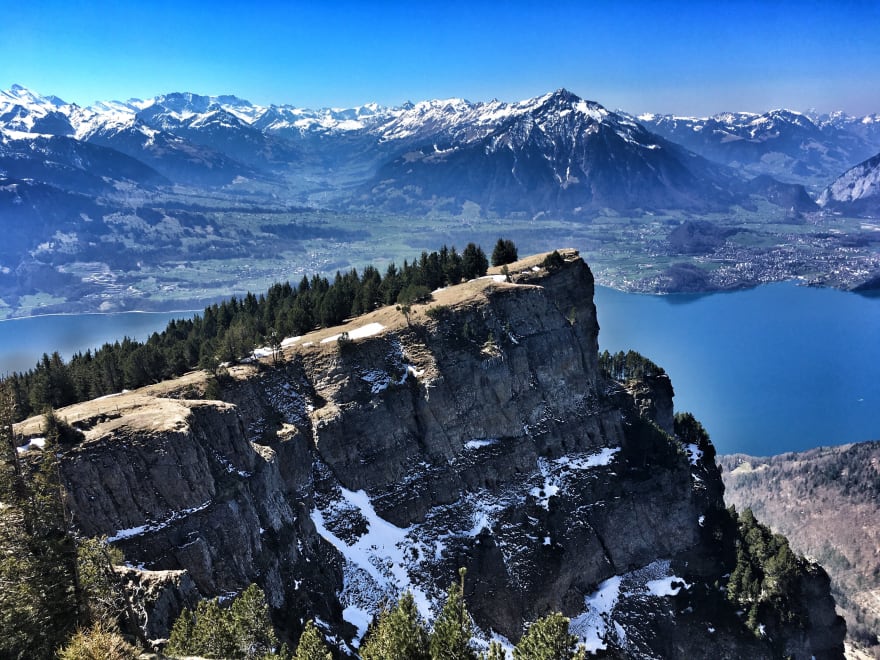 From Native Applications to Docker Containers to Kubernetes

In the olden days, software companies deployed their applications on “bare metal”, meaning one physical computer hosted one application. Over time, things improved thanks to virtual machines, which allowed multiple isolated applications to run on the same physical server. In the last couple of years, a more light-weight virtualization solution became popular – docker containers. Once companies started to heavily use docker containers, their deployment landscape became pretty messy, and so orchestration tools like Kubernetes came to the rescue. Kubernetes allows to plan, perform, and manage the deployment of applications in the form of Docker containers and to make deployments reproduceable and easy to customize. 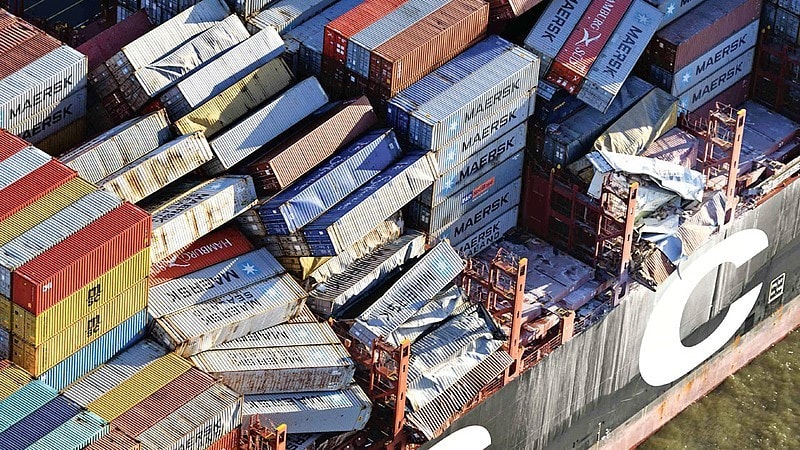 From “Bare-metal” to “PaaS”

Parallel to the development of new tools, the hosting landscape also changed significantly. While most companies were hosting their applications on machines in their basement a decade or two ago, more and more software development companies started to investigate letting third party companies host their applications. This greatly helped to separate the concerns of application development vs. application deployment and monitoring. Today there are many great cloud providers which take care of several important challenges like hardware scaling, geo redundancy, monitoring of running clusters and configuring security related components. Companies which offer a Platform as a Service include AWS, Google Cloud, IBM Cloud, Microsoft Azure, and many more.

OpenShift is the PaaS solution we’ll be discussing in this blog. It is developed by Red Hat and builds on top of Docker and Kubernetes. OpenShift can be run on any cloud infrastructure, and many popular providers have an offering, including the aforementioned providers AWS, Google Cloud, IBM Cloud, and Microsoft Azure.

So, what’s the advantage of using OpenShift over a Kubernetes cluster? Well OpenShift offers several additional features while also supporting all Kubernetes resources:

Note though that some people might prefer pure Kubernetes cluster infrastructures, for the following reasons:

Overall, OpenShift is a great solution that is getting adapted by many companies all over the world, so my guess is that it is a solution that will stay for quite some time. Without any further ado, let’s jump into the working example!

Alright, now it’s time to run your first app on OpenShift V4. All you need is an OpenShift account and the Kubernetes resources from the Github repo.

For experimental purposes, OpenShift offers a solution termed “OpenShift online” which can be used for free for 2 months. 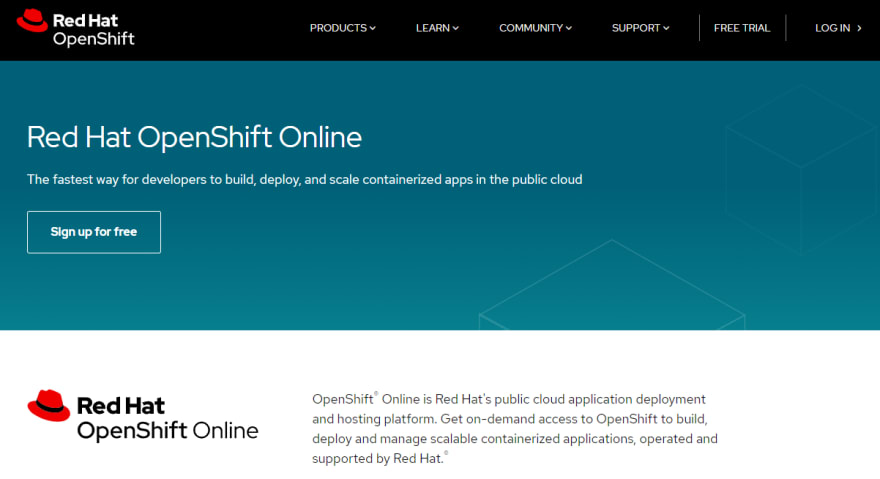 Let’s start with the deployment. Head over to the web console where you’ve already created an OpenShift project, then:

You should see a Pod called “spring-boot-app-*” starting up. As soon as it is up and running, let’s test it like this:

Deploy App on OpenShift (via CLI)

In a real development project, you’ll want to automate as much work as possible. People typically use a CI/CD pipeline like Jenkins to compile new app versions, test them, build the docker image and deploy the app in the cloud. For this purpose, OpenShift offers the command line tool oc – which allows to show the status of your running apps, alter deployment configurations and start new deployments.

You have created 3 Kubernetes resources on the OpenShift platform. Let’s quickly get an overview of how these 3 resources work together. This is a fairly simple primer on Kubernetes, so feel free to skip this part if you already have advanced knowledge in this technology. 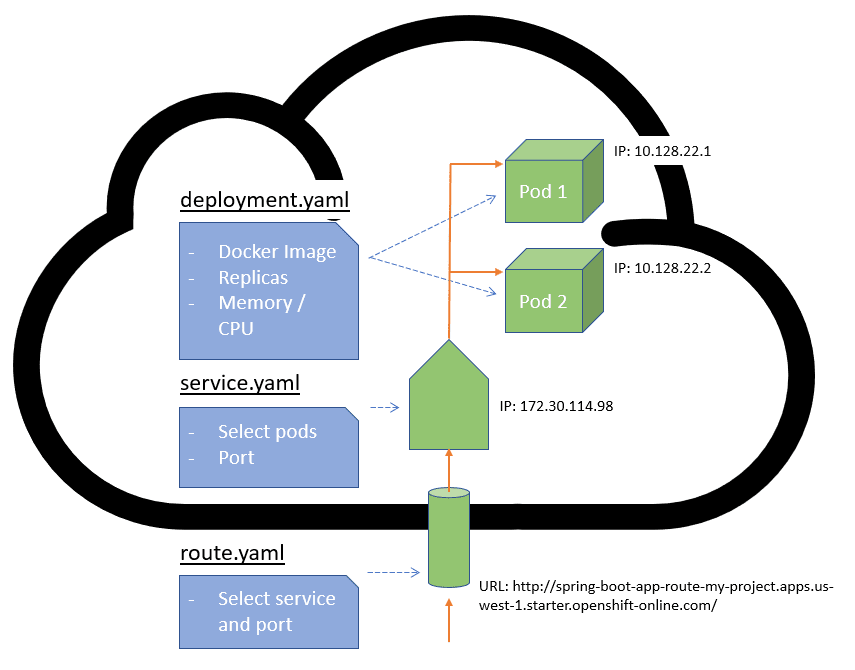 Bonus points if you’re still reading this 😊 So in this post, we learned about the advantages of OpenShift and ran a simple app on the OpenShift platform. I hope this was informative for you!

Remember to like ❤️ this blog if it was helpful to you and see you next time!