Photo by Nikita Kachanovsky on Unsplash 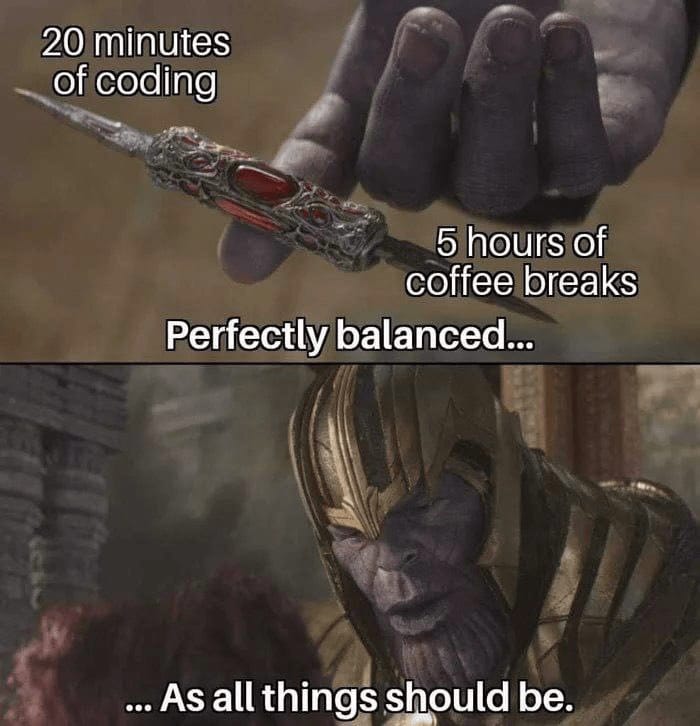 Sometimes this is very much me when it comes to side projects. Don't get me wrong, I love building side projects and really want to get as many things out there as possible. But sometimes the rabbit holes of the internet can be crazy deep and what starts out as a quick check in the documentation can end up in hours of reading about some esoteric programming language you'll never make use of.

I admit that I might have a bit of a procrastination problem. It happens to the best of us.

But there's a nice way to fight it and share with other people at the same time: Live streaming while you code. This has been a thing for a while now, but especially since shipstreams.com by fellow Austrian programmer Armin Ulrich showed up, there's been a bit of a boom around it. And I joined in back when it first started.

Turns out streaming is a bit like pair programming on demand but with more of a social factor. Having someone watch you and help you when you're stuck is like a super power. At the same time you get to talk about what you're doing and interact with people who are actually interested in what you're doing feels both incredibly humbling and motivating.

Generally there's only like 4-5 people at any one time watching my stream, but knowing that they are spending their free time to see me code makes me a lot more focused and prevents me from accidentally wandering off on tangents of non-productive behavior. In the end it's a bit more exhausting than coding by yourself, but it also feels like I get at least twice as much done in the same time.

Also whenever you find an error you will be doubly invested to fix it and to keep things moving along. Yes, your code might not always be super pretty while you're live, but at least you get stuff done! And sometimes that's the important thing. You can fix code that has been written, but you can't do anything with code that does not exist.

So if you ever find yourself in a creative rut, give streaming a shot! Set up an account on Twitch and Shipstreams, learn how to set up your PC/laptop for streaming and off you go! It doesn't have to be perfect, it doesn't have to be ultra professional. People will be happy enough to watch you either way. It's great fun and maybe you can learn a thing or two.

And for a shameless plug: You can follow me on Twitch to see when I go live. I'd love to chat with all of you!

Getting Along with Your Co-workers... All of Them 🎙

pretzelhands
Software engineer and web developer with an oddly soft spot for PHP and TypeScript. I like working on side projects in my spare time.
A recap of 2019 and looking towards 2020
#productivity #life #career
Managing WordPress from your terminal
#php #productivity #devops #wordpress
My planned side projects for 2019
#productivity #career #motivation #personalnews

Once suspended, pretzelhands will not be able to comment or publish posts until their suspension is removed.

Once unsuspended, pretzelhands will be able to comment and publish posts again.

Once unpublished, all posts by pretzelhands will become hidden and only accessible to themselves.

If pretzelhands is not suspended, they can still re-publish their posts from their dashboard.