Marbles, and Buckets, and Bubbles... Oh My! 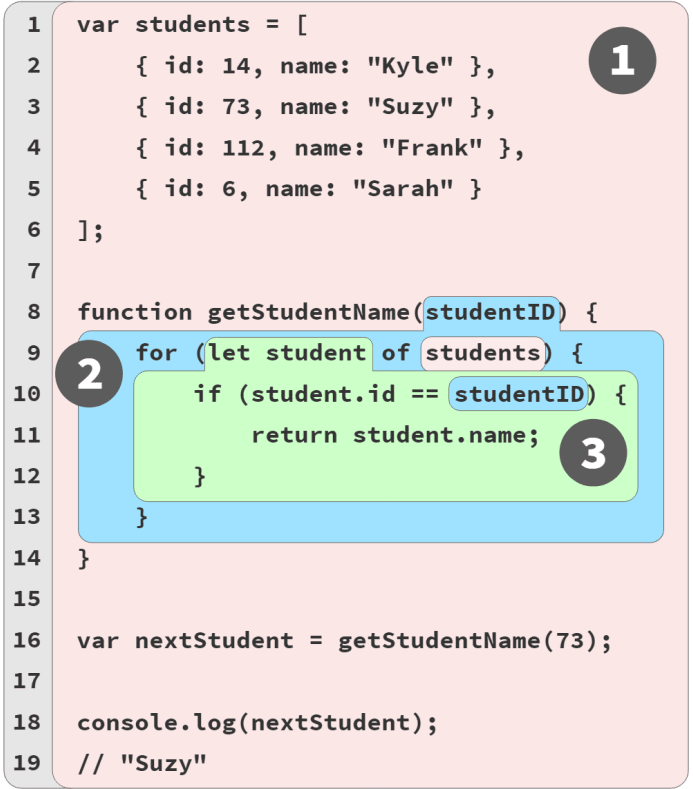 NOTE: Scope bubbles are determined during compilation. Each marble is colored based on which bucket it's declared in, not the color of the scope it may be accessed from.

That concludes this chapter. I'll be back with the notes for the next chapter soon.

Till then, Happy Coding :)

If you enjoyed reading the notes or have any suggestions or doubts, then feel free to share your views in the comments.
In case you want to connect with me, follow the links below:

Once suspended, rajat2502 will not be able to comment or publish posts until their suspension is removed.

Once unsuspended, rajat2502 will be able to comment and publish posts again.

Once unpublished, all posts by rajat2502 will become hidden and only accessible to themselves.

If rajat2502 is not suspended, they can still re-publish their posts from their dashboard.

Once unpublished, this post will become invisible to the public and only accessible to Rajat Verma.

Thanks for keeping DEV Community safe. Here is what you can do to flag rajat2502:

Unflagging rajat2502 will restore default visibility to their posts.