In this post, we will take a look at the evolution of recurrent architectures of neural networks and why the concept of attention is so exciting.

After reading this post, you should be able to appreciate why the Transformer architecture, introduced in the paper Attention Is All You Need (from which the title of this post is also borrowed), uses only attention mechanisms to achieve previously unimaginable feats like OpenAI's GPT-3.

In feedforward networks, information flows in one direction: from the input layer, through your hidden layers, to the output layer. This type of architecture works for tasks like image classification, where you need to look at the entire input just once. 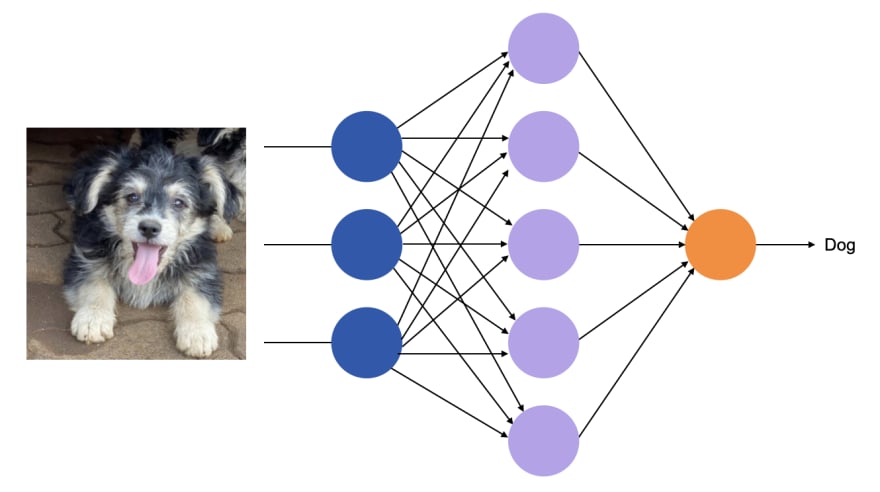 Recurrent networks, on the other hand, are well suited for inputs like natural language that are recurrent in nature: made up of word after word in a sequence. They take one input at a time from the sequence. With each input, they also get their previous output - this enables recurrent neural networks to process the input as a sequence. 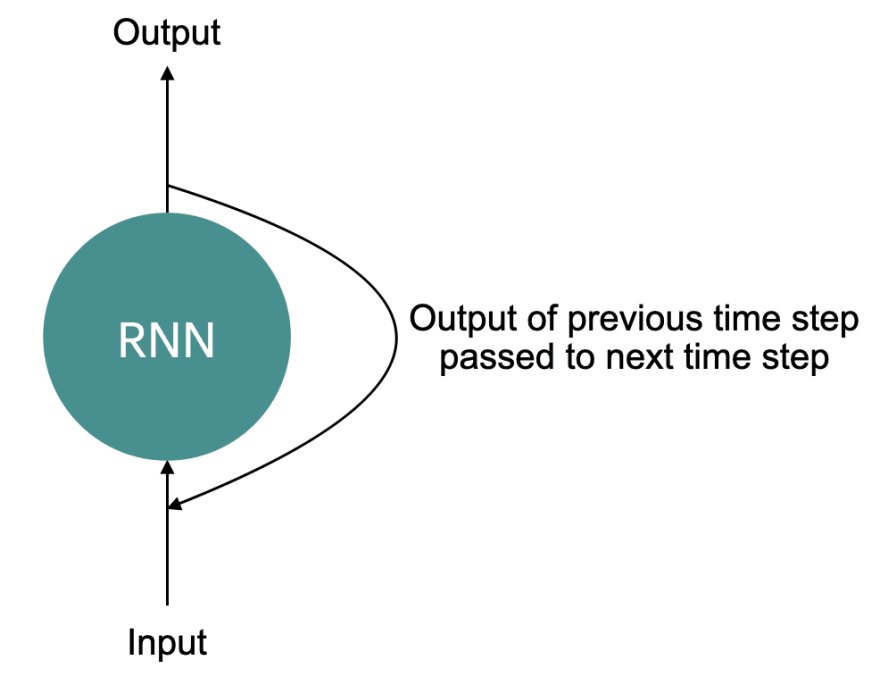 An easier way to visualize recurrent networks is to "unroll" them - draw them separately for each time step.

Although RNNs have access to their previous output, they are not very good at remembering things that came long before in a sentence. These are more commonly known as "long-term dependencies".

LSTMs (short for Long Short Term Memory networks) are a type of recurrent network that has a vector called the "cell state" that helps it remember long-term dependencies.

At each time step, an LSTM performs the following operations:

The above diagram is a little over-simplified so that it is easy to visualize the main parts that an LSTM is made up of. Let's take a closer look at each of the gates to see what goes on underneath. 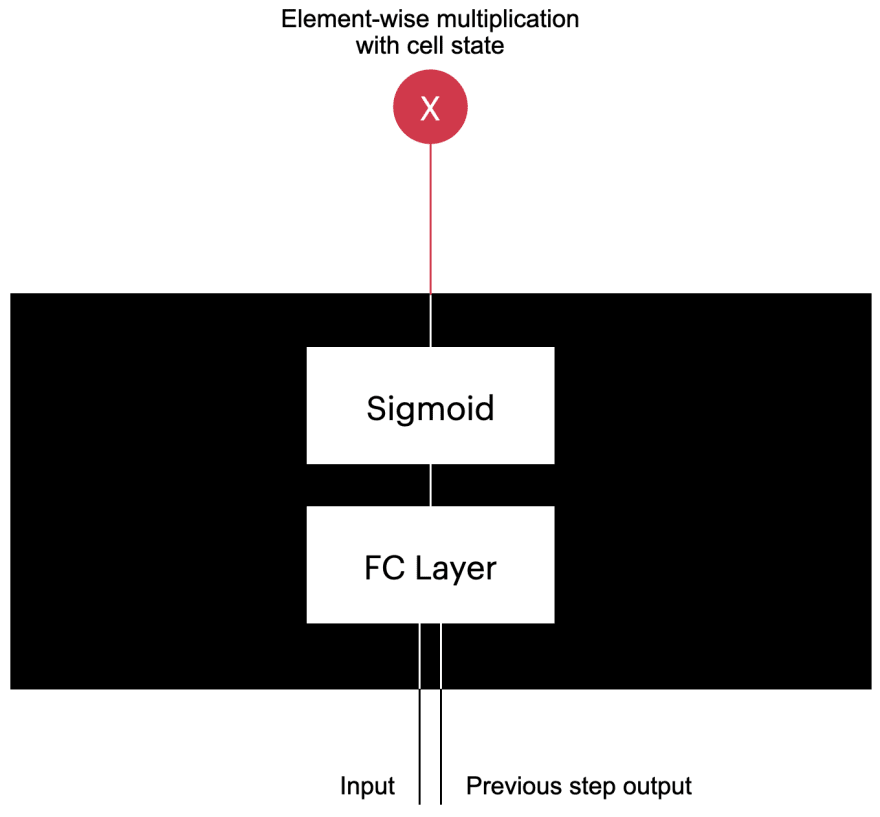 The forget gate concatenates the current input and previous output and passes it through a hidden layer with a sigmoid activation. The output of this layer is then multiplied elementwise with the context vector. 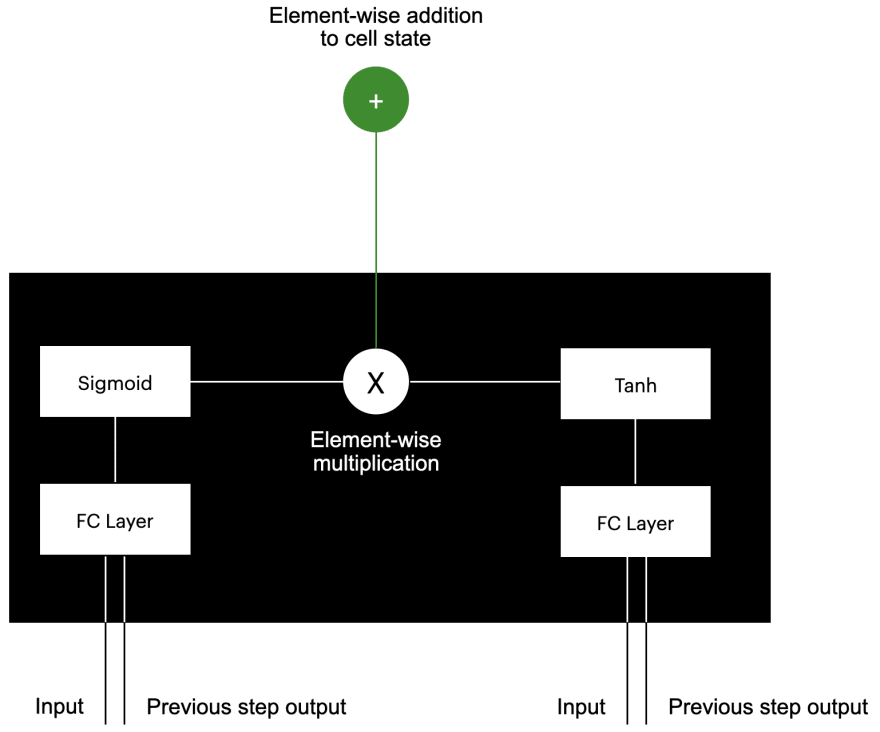 The input gate also works on the concatenation of the current input and previous output. 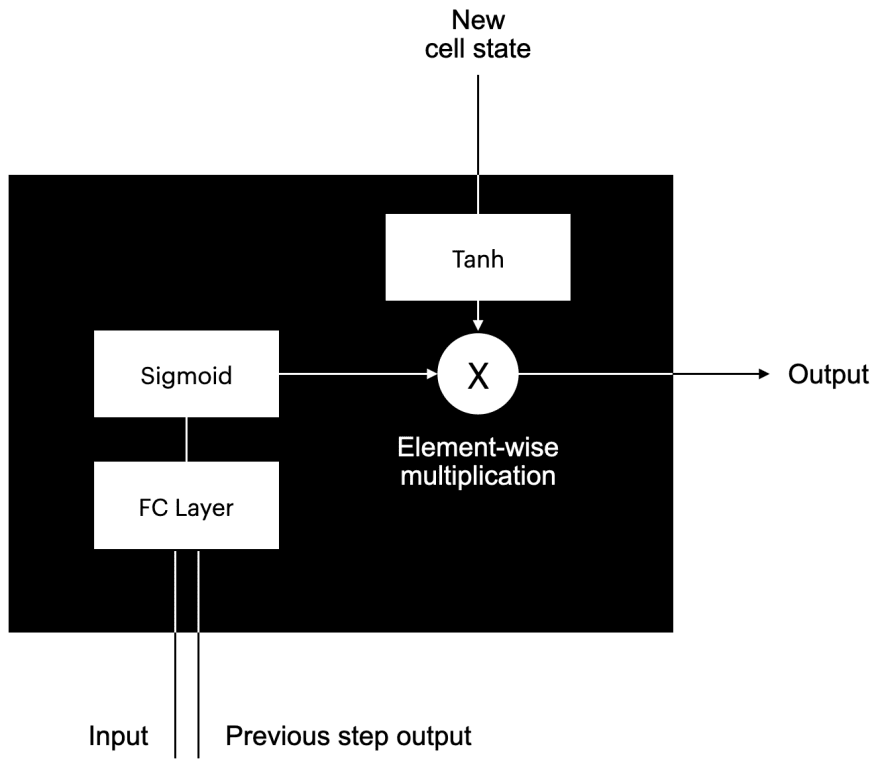 For a better understanding of what happens inside LSTMs, take a look at this blog post. 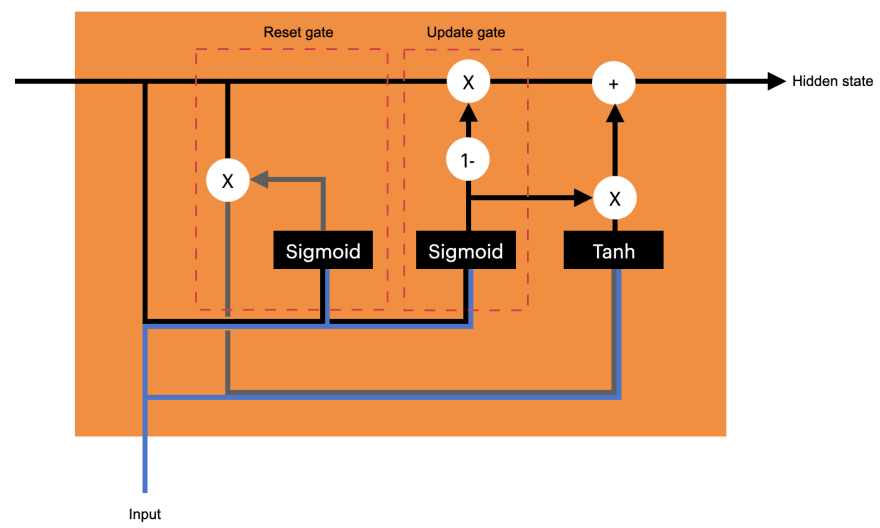 The reset gate decides what information from the hidden state needs to be supressed during this time step.

The update gate acts like a combination of the forget gate and input gate in an LSTM.

Although LSTMs and GRUs perform better than vanilla RNNs, they have a problem that they have one output for each input at every time step.

This is not a problem for tasks like sentiment analysis where we are interested in just the last output. However, for tasks like language translation where the length of the output sequence and even the position of the translated words with respect to each other can be different, this is a major limitation.

The importance of paying attention 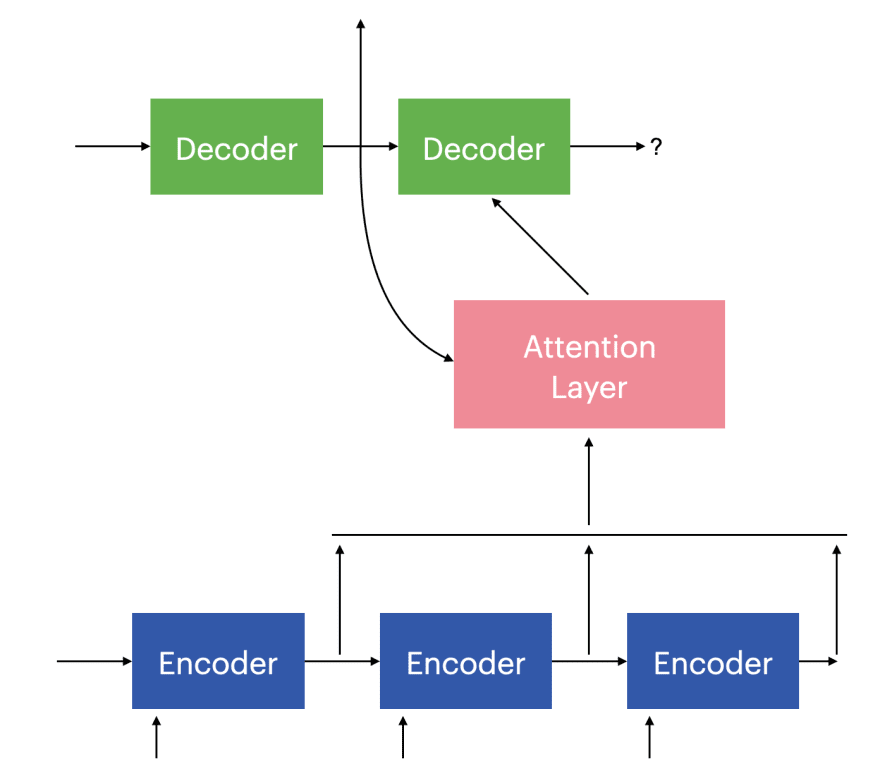 These scalar values are passed through a softmax layer to ensure they add up to 1, and then multiplied by the corresponding encoder outputs and added together.

The resulting vector of the weighted sums of the encoder outputs is provided as an input to the decoder along with the output of the decoder at the previous time step. That way, the decoder can "see" which part of the input it needs to focus on to generate the next output.

The concept of attention is so powerful that the Transformer architecture used by models like GPT-3 does away completely with recurrent and convolutional operations and uses only attention!

Further reading
I highly recommend the following articles that helped me understand what I have written in this post:

14 tasks for text preprocessing in NLP

How do MeCab, Kuromoji and Kagome (Japanese Text Analyzer) compare; and which dictionary to choose?

Parse Name and Address: Regex vs NER, with Code Examples

Ravi Suresh Mashru
Full-stack developer. Machine Learning and Deep Learning enthusiast.
15,000 GH stars in a year: how we did it 🤩
#opensource #career #devjournal #programming
Should developers study 20 hours a week after work?
#career
The perfect open-sourcer does not exist
#opensource #beginners #github #productivity