How I found esbuild to be great

I think you must be aware of esbuild(if not, check it out), the next-gen, ultra-fast bundler for JavaScript and TypeScript written in Go. When I first landed on the GitHub page, I thinked of trying it out. So I quickly opened VSCode which had my current project using Rollup. So I quickly swapped Rollup with esbuild and voila, built in <500 ms!! A significant increase from the built in >25s that Rollup shows up. I decided to just start using it right away. But, esbuild has not its own watch mode, for now. I mean, its a MVP (edit: resolved) for now, but no worries, I got you covered.

esbuild has its own official Watch API! Go there if you're in a hurry.

For this, I will be using

Then, create a file under scripts/watch-code.ts(of course you need not go by that), and first import all the things we need:

Then, the utility functions: 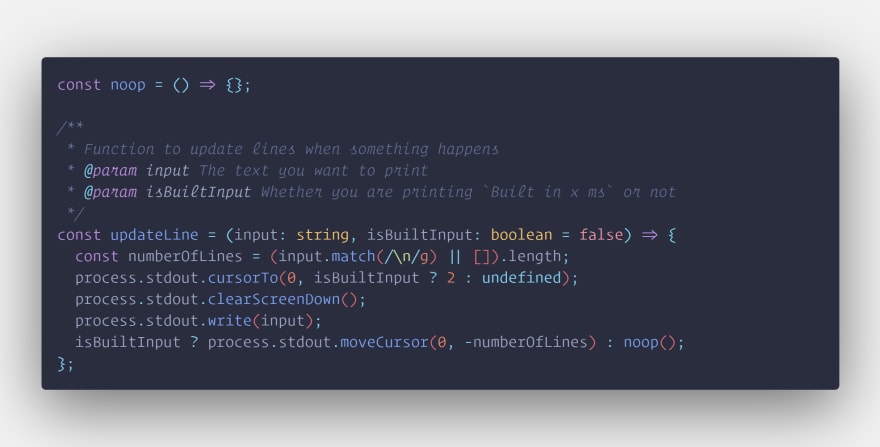 You might wonder, why do we need that noop() at the first glance. But look deeper, and you understand it. In the second function, updateLine(), we are taking in the second parameter isBuiltInput to prevent gibberish. For example:

You saved the code:

Then comes an error after sometime:

You resolve it and save it...

In order to prevent this, we set the cursor position exactly one line below the "Watching your files..." line, and clear the garbage after the cursor, and print the good old Built in x ms message.

After this, enter the build() function: 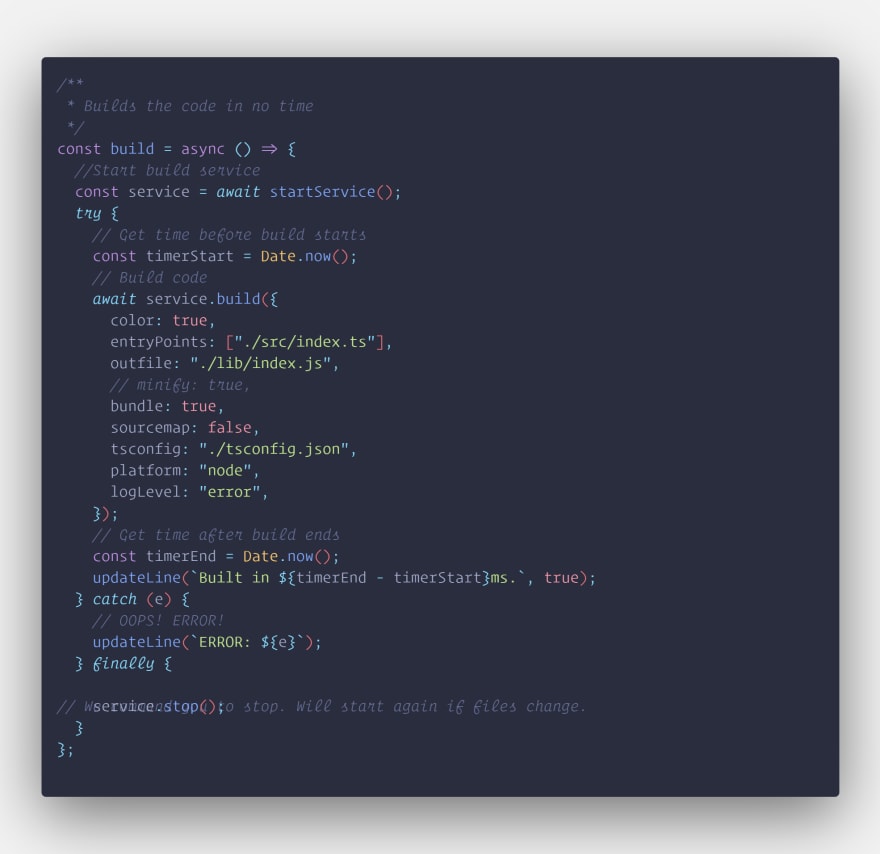 And then, we just write something that runs all that stuff we discussed above:

Now that you have everything, why not run it out! To do that, go to package.json, and do this:

Now you are the most powerful programmer. Go ahead, type some code, do mistakes, resolve them, and that bundles right after you hit Ctrl+S/⌘+S.

In case you are in a hurry..

Copy the code and paste it!