In this post I'm going to list a few things that I find interesting for me. If I were to talk about everything I would probably finish by next year's conferences.

AWS as usual released a lot of features and improvements. Their dashboard is famously overpacked and I have no idea what half of those thing do: 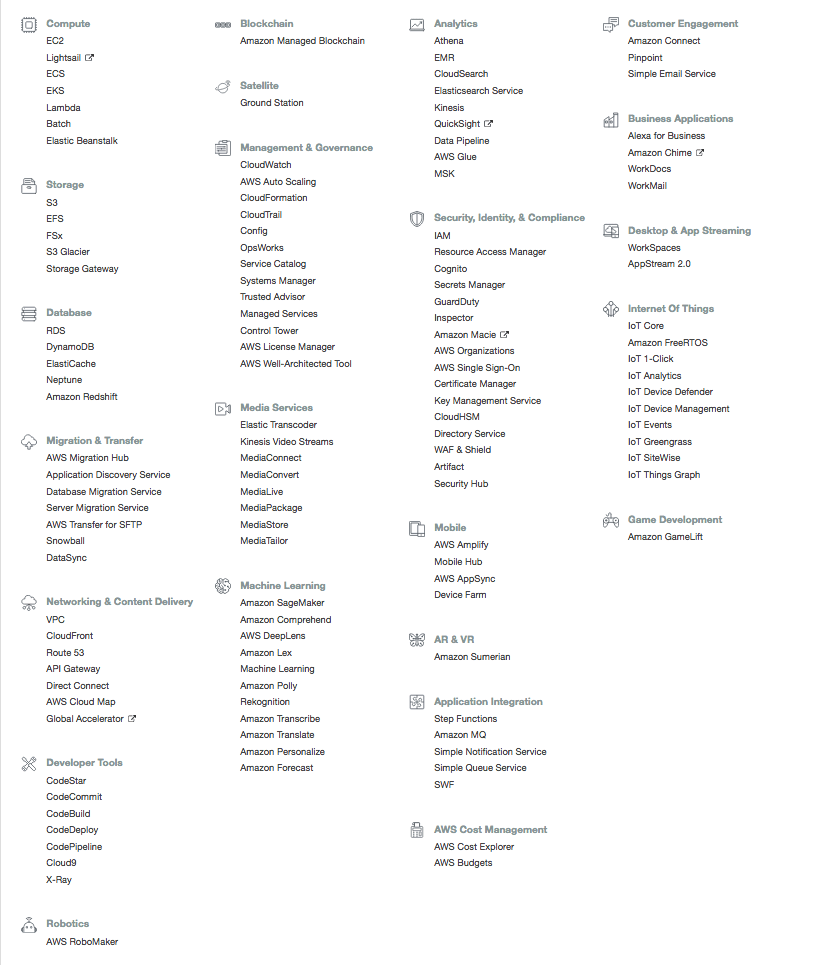 Among the new features a few stroke a chord:

They are a great fit for scale-out workloads where you can share the load across a group of smaller instances. This includes containerized microservices, web servers, development environments, and caching fleets.

AWS is clearly set on ruling the world (satellite as a service ? blockhain as a service ?) but I wonder how many of the hundreds of features they release each year can they actually sustain and improve and support. The feeling of "let's be in as many markets as we can at the same time" is evident, and the same principle driving the actual Amazon company.

(the screenshot is from https://flutter.io/)

And you? What did you find interesting?

Pitch me on Rust

What's the simplest way to compile ClojureScript to JS? Like 1 file, no overhead.

rhymes
Such software as dreams are made on. I mostly rant about performance, unnecessary complexity, privacy and data collection.
How to combine Rails's Ajax support and Stimulus
#rails #javascript #stimulus
How to wrap a Preact component into a Stimulus controller
#javascript #preact #stimulus
Changelog: API updates
#changelog