I started learning Flutter today through Udacity's course titled Build Native Mobile Apps with Flutter. The course uses Android Studio but I'm following along with Visual Studio Code without any issues (a few things don't work though, like the great widget inspector). A disclaimer: so far I've written zero mobile apps (native or otherwise), I know nothing about Android or iOS development. I'm a total newbie when it comes to this side of the development world.

Quick note: I had already installed Flutter a few days ago. I had to install Flutter SDK, Android SDK, Android Studio, build an emulator image for Android, install XCode and various plugins for Flutter. This took ages as you can imagine :-D

This post goes through episode 1 to 9 of the first lesson (there are 2 lessons in total): 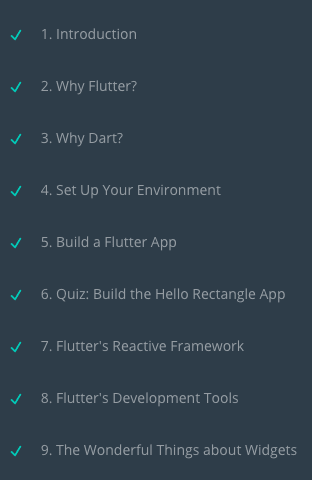 The super slow stuff is the startup time, hot reload is fast enough considering it has to repaint parts of the app on a phone attached to USB. The initialisation is slooooow:

More than 4 minutes from when I typed flutter run to when the app started on the phone. Hopefully you have to do it only once and then you can use hot reload. This for the standard Flutter app generated on creation: a button that increments a counter.

Fortunately the second time around, because dependencies have already been resolved, it takes only 45 seconds to appear on the physical device. Not bad. I have a Nexus 5X with Android Oreo (API 27).

I've also tested with the Android's own Emulator (Nexus 5X API 28) which is comically slow to start. Once the emulator is started, then it can be detected by Flutter and it takes 78 seconds for the app to appear the first time. Finally I did the same with the iPhone Simulator (iPhone XS Max) and it took 80 seconds to run the app the first time, 25 the second time. Very "scientific" conclusion: Android Emulator's startup is slow, iOS Simulator is much better, mobile builds are slow, did I say that? I don't know how you mobile developers do it every day. Long story short for the fellow newbies: use the device instead of the emulator if you can.

Visual Studio Code has an extension that basically embeds all Flutter's tooling but know that this extension is just a UI on top of Flutter own CLI tooling. They are that powerful. So you can keep your favorite editor to develop.

You can also launch tests from VS Code (and the command ine), which is super cool. Tests look like this: 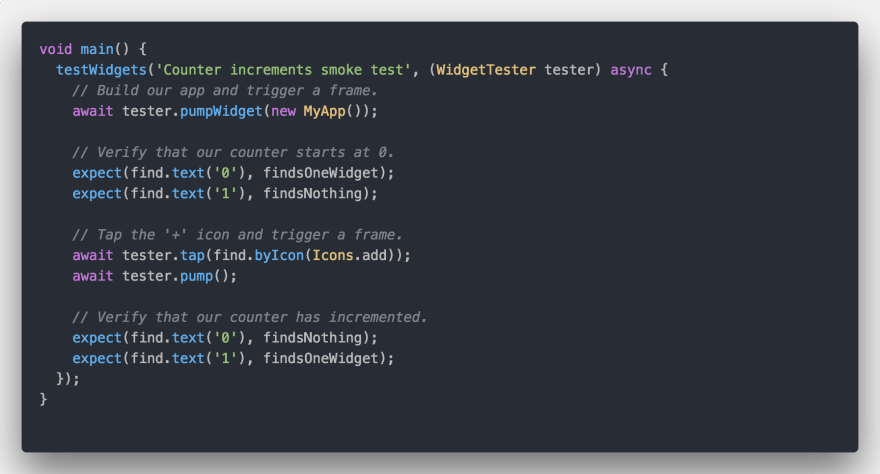 I ran them, they passed. I've moved on to the course.

I currently have open Visual Studio Code to type stuff in and Android Studio to run the app. It's a little counter productive but I'm not ready to embrace Android Studio yet and after five minutes in it I declared that for all intents and purposes that it's a great IDE but a shitty text editor. Fortunately they both synchronise fine with each other because they detect file changes in the project's folder. 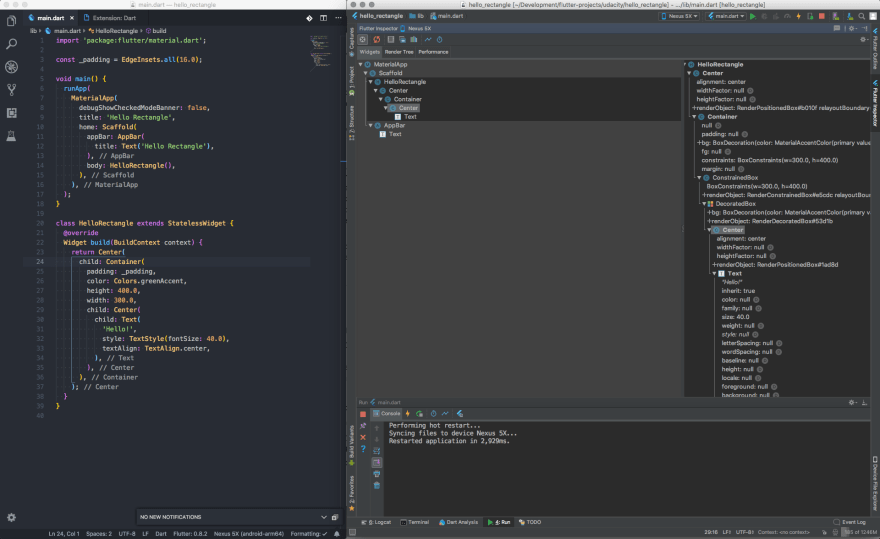 The good, the bad and the I don't know

Well. I'm done for the today. It took me a couple of hours (watching videos plus pausing plus experimentation plus testing speed plus writing notes in the meantime) and I already have a useless app installed on my smartphone.

rhymes
Such software as dreams are made on. I mostly rant about performance, unnecessary complexity, privacy and data collection.
Learning Flutter - Part 2 - Disappointment
#flutter