Charles Darwin proposed a theory of evolution that centers on natural selection. Natural selection is the concept that stronger members of a population are more likely to survive due to being more fit for their environment, which means they reproduce more and, thus, carry traits that are beneficial to survival to future generations—that could potentially perform better than their ancestors. This theory also applies to evolutionary algorithms; learnings from biological evolution are harnessed for finding optimal solutions to practical problems by generating diverse solutions and converging on better-performing ones over many generations.

Evolutionary algorithms aren’t applicable to solving all problems, but they are powerful for solving optimization problems in which the solution consists of a large number of permutations or choices. These problems typically consist of many valid solutions, with some being more optimal than others.

Let's have a look at a brief step-by-step process of the genetic algorithm. 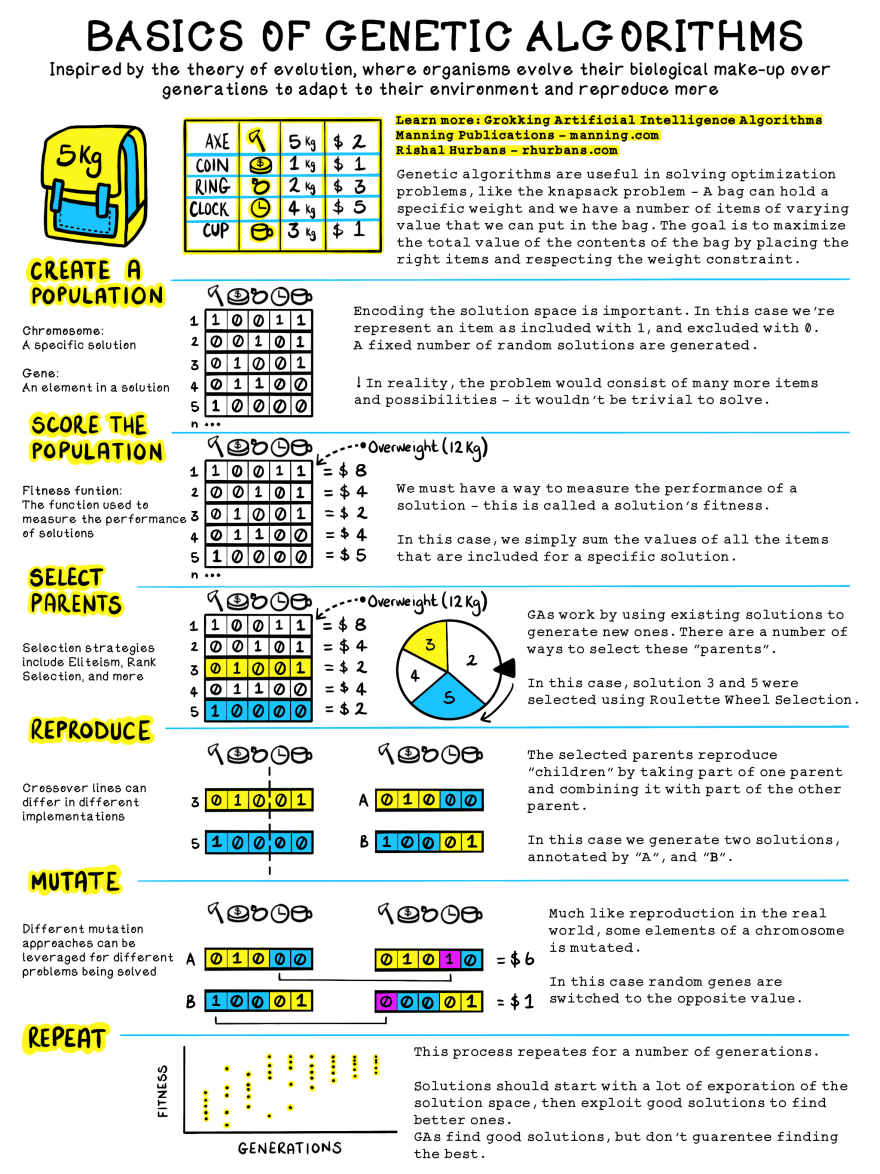 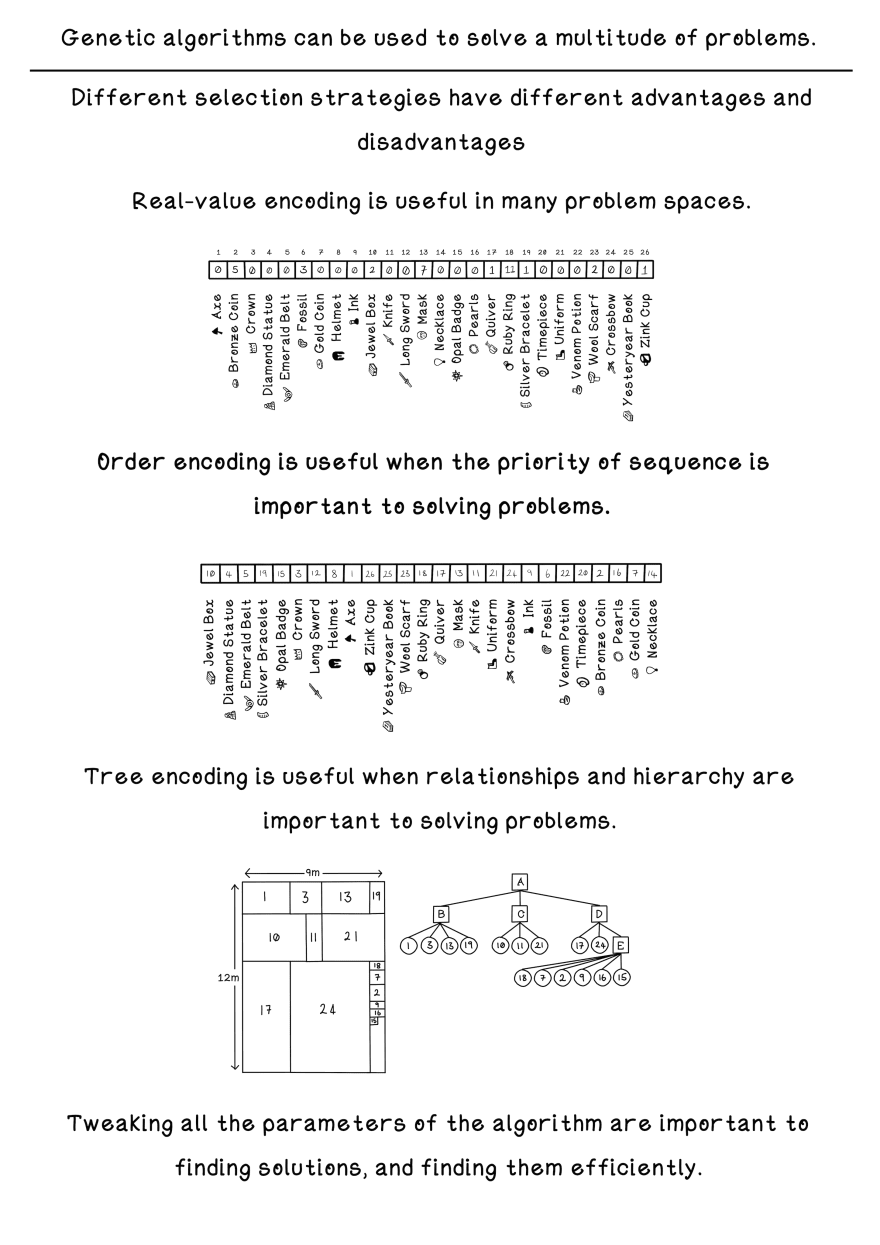 This article was originally posted on rhurbans.com.

Once suspended, rishalhurbans will not be able to comment or publish posts until their suspension is removed.

Once unsuspended, rishalhurbans will be able to comment and publish posts again.

Once unpublished, all posts by rishalhurbans will become hidden and only accessible to themselves.

If rishalhurbans is not suspended, they can still re-publish their posts from their dashboard.