Commercial interests are very much part of open source now. Often even when they're not obvious.

When Kubernetes launched AWS had an intimidating share of the cloud market. The Kubernetes project effectively commodified container orchestration so that workloads could be run on any cloud, not just AWS. This was a victory for consumer choice.

That’s worth repeating. A company dedicated to open source was acquired for $34 billion. That’s not a one-off either. Oracle bought open source company Sun in 2009 for $7.4 billion. GitHub’s status as a home for many of the world’s biggest open source projects was no doubt a factor in Microsoft’s $7.5 billion acquisition.

Docker may have struggled to make money with open source but the opportunity is real. Docker Swarm could have made a lot of money had Kubernetes not won out.

Google's strategy with Kubernetes is similar to its strategy with web products more generally. Google wants to keep the web open and force companies like Apple to follow open standards. The more open the web is, the more users that Google can reach with search, youtube, maps, etc.

More searches translates to revenue via AdWords and AdSense. We can think of chrome and android as funnels into search, Google's biggest earner. 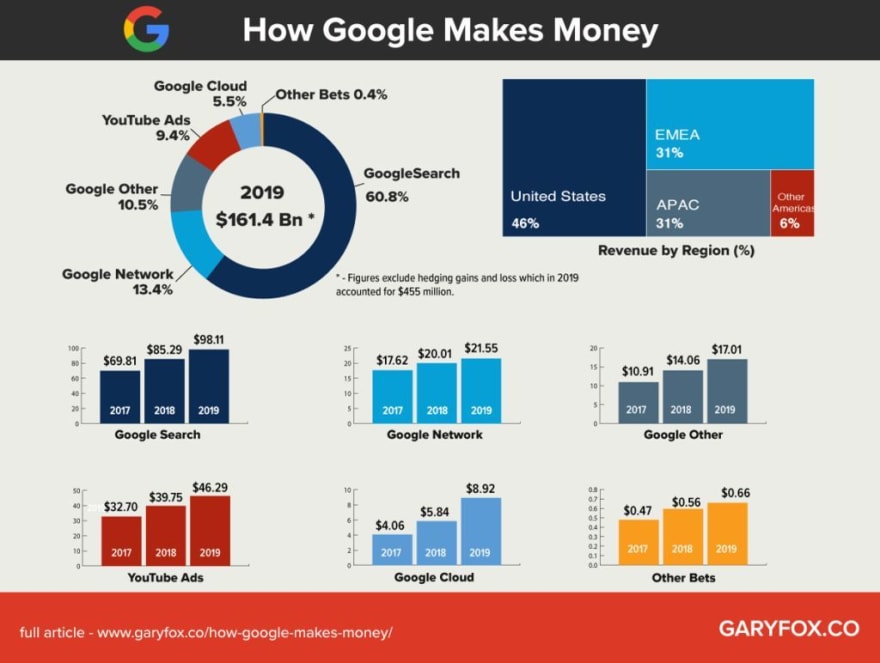 This strategy is called Commoditising the Complement - you strengthen your offering by making a complementary product so cheaply available that it becomes a commodity.

The tech giants have a dominant role in most of the most popular open source projects. But that’s not to say that those projects aren’t run with community in mind or that there aren’t ideals in play. Commercial and idealistic motivations are now mixed together.

Dart - From scratch to deploy 🚀

15 Vim shortcuts that will make your life easier