We will build from scratch a Twitter Bot using NodeJS which will Retweet.

In this blog, we will understand how to build a Twiter bot that will retweet every time a tweet related to #100DaysOfCode is twitter using NodeJS.

It’s better to set up a new Twitter account where we can put any random thing. Once done with the final version of the bot we can deploy it to our main Twitter account. 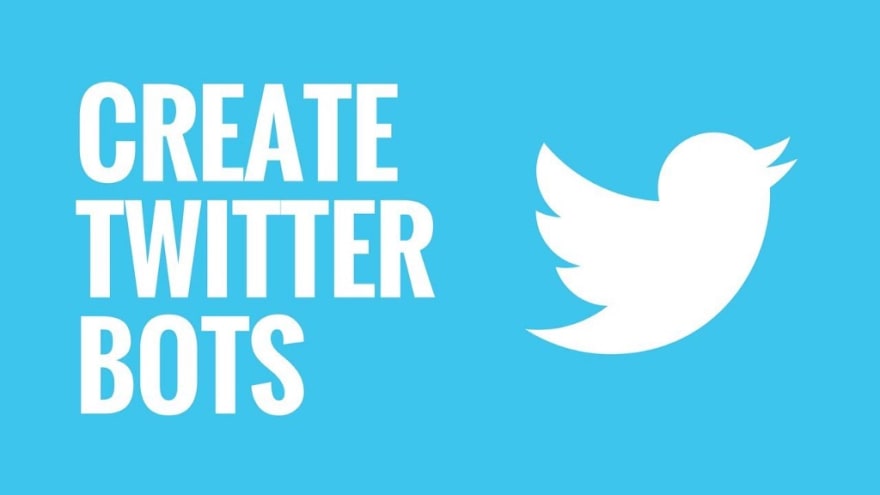 That’s all for now to set up the project. Open the project in your favorite editor.

twit package will hide many of the boilerplate code for us. We just need to worry about the Twitter APIs.

For getting all the above details we need to create an app on Twitter. From there we will get above four details.

Run your file twitterbot.js to see if the code we have written is correct or not. Though nothing dynamic happening here.

We will use the get method exposed by the twit package. It takes the twitter search API and optional parameters, callback function as input. T.get('search/tweets', [params], [callback]);

The second optional argument has search query details. Suppose we want to search for Tweet having #100DaysOfCode as a hashtag, also we want to fetch 10 results at a time. For date, we will hard code it for now for some date.

The q key will have the text for which we want to search and the date from which the tweet should be searched. Right now the date is hardcoded, count tells upper bound of how many tweets should be given as a result.

Now we need a function which will be called as a callback. Suppose for now we want to log the tweet message whenever we get a result of the search tweet.

data.statuses will give us the array of tweets that it found based on the query parameter. tweetMsgs[i].textwill give the text message of each tweet.

For more on Search API.

We will use the post method exposed by the twit package. It takes the twitter search API and optional parameters, callback function as input. T.get('statuses/retweet/:id', {id: tweetid}, [callback]).

The API id key has the value of the id_str (it is a field inside the tweet JSON which we want to retweet). Suppose tweetMsg variable is a JSON value of a tweet.

tweetMsg.id_str will give the value from JSON.

Now we need a function which will be called as a callback. Suppose for now we will log if the tweet was successful or not.

For more on Retweet API.

Now let us combine the search and post Twitter API. We will retweet each of the tweets present inside the search result.

Updated code can be found here on GitHub. Remember to put config details for Twit object. Added function to give the date in real-time. setTimeout method is used to retweet in some interval.

Deploy the app on Heroku

We will be using Heroku to deploy our twitter bot.

Enhancement to the code

I hope this blog will help you to understand how a simple Twitter Bot can be designed using NodeJS.

Updated code can be found here on GitHub, added code for making a tweet as favorite. Remember to put config details for Twit object. Added function to give the date in real-time.

If you enjoyed reading this, don’t forget the like. 👏

Once suspended, sachinsarawgi will not be able to comment or publish posts until their suspension is removed.

Once unsuspended, sachinsarawgi will be able to comment and publish posts again.

Once unpublished, all posts by sachinsarawgi will become hidden and only accessible to themselves.

If sachinsarawgi is not suspended, they can still re-publish their posts from their dashboard.

Once unpublished, this post will become invisible to the public and only accessible to Sachin Sarawgi.

Thanks for keeping DEV Community 👩‍💻👨‍💻 safe. Here is what you can do to flag sachinsarawgi:

Unflagging sachinsarawgi will restore default visibility to their posts.