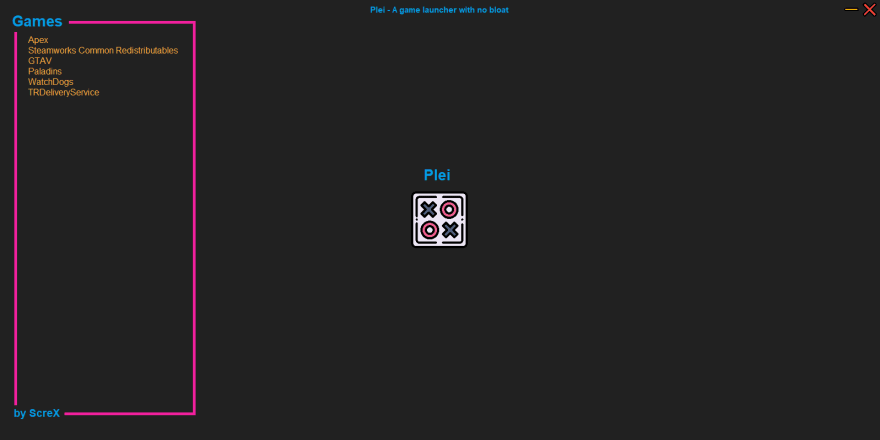 I made a simple game launcher using python
It was not an easy task. But definitely doable.

Why did I make it?

I am sure anyone with a decent sized game library has had this issue. You want to play a game and also want to keep your desktop clean, i.e. not having a huge list of shortcuts staring down at you whenever you boot up a computer.

I did it for my sanity

I looked for existing options, but felt like they were doing a lot more than what I needed. I just wanted a list of the games installed. Nothing more nothing less.

Then I realised it'd be a great project to work on. My initial goal was to just make sure all the major stores / launchers like

So I sat down and devised a basic plan on how it's gonna work. 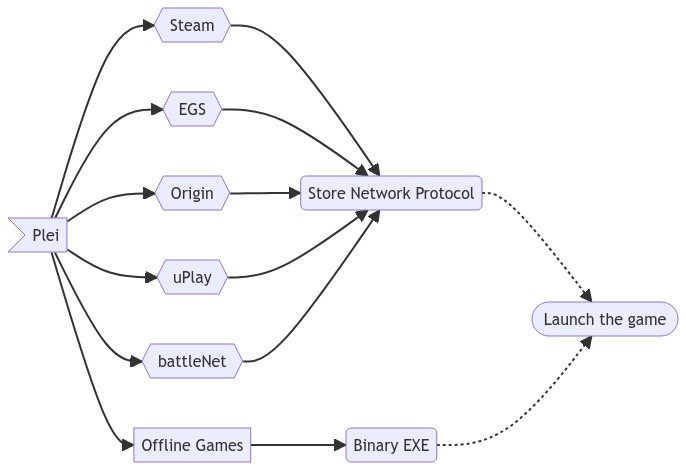 I quickly realised it was way easier than I thought. These existing launchers have a protocol in place to launch games which I can harness in my launcher which would also make sure that this doesn't break with any future updates.

Now these protocols need game IDs to launch a specific game
Here are some examples :

Then you just pass the appropriate game ID to these protocols and viola it launches the game!

How did I manage to find game IDs for every single game?

I had to spend some time on https://gaming.stackexchange.com/

Essentially there are different ways to extract game IDs for each vendor, I wont go into the details here but if you wish to know more about how its implemented you can checkout the project linked down below.

A game launcher with no bloat

A game launcher with no bloat

This project is ready for the launchers given below!

Why is this a thing?

As new game launchers came into being it increasingly got annoying to keep track of all the games over different stores/platform. I wanted to make a unified front where users can access all their games, including the one with no launchers. The goal behind this launcher is to be simple, minimilistic and bloat-free

This installation assumed you have python 3.X installed. Get python here

Hope you learned something new 💖

A web3 project to help you enter the crypto world

Sakshat
Striving to be better, aiming to be the best.
A simple way to find installed games' uPlay IDs with python
#tutorial #python #github #showdev