I have started off with this book and will be posting about the things I got to learn in each chapter. So, this will be a series of blogs providing you the gist of every chapter. Happy reading!:)
#teamtanayejschallenge

What is programming? Why is it important?

Look anywhere around you and you will find technology. What drives technology? Programs! Codes! The art of writing understandable and clean programs is programming. It is basically the act of constructing a program which is a set of precise instructions telling a computer what to do. Computer itself is a dumb machine, it works on the instructions provided by us that drives it towards the completion of a task.

A programming language is a formal language comprising a set of instructions that produce various kinds of output. It is the language of the computers. These digital devices recognize only two digits 0 and 1, also known as machine code (developed in binary system). Firstly, let's look at the classification of languages. 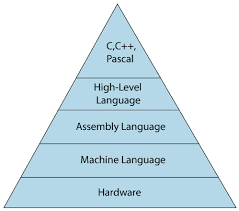 We use compilers to convert these high level languages into the machine-readable codes. 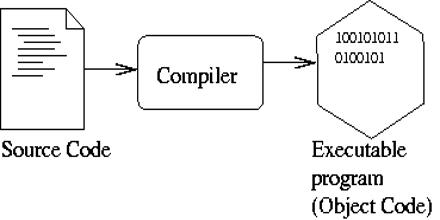 Assembly language is converted to machine language using an assembler.

You can read about the difference between Compiler and Assembler in detail over here.

JavaScript is the Programming Language for the Web. It can update and change both HTML and CSS. JavaScript was initially created to “make web pages alive”.

^This image briefly describes the purpose of JavaScript

There are at least three great things about JavaScript:
Full integration with HTML/CSS.
Simple things are done simply.
Support by all major browsers and enabled by default.

Additional information
When JavaScript was created, it initially had another name: “LiveScript”. But Java was very popular at that time, so it was decided that positioning a new language as a “younger brother” of Java would help.

But as it evolved, JavaScript became a fully independent language with its own specification called ECMAScript, and now it has no relation to Java at all.

JavaScript is a bit liberal in what it allows. This was introduced in the favor of beginner programmers, so that they can code easily. A drawback of this functionality was that it mostly makes finding problems in your programs harder because the system will not point them out to you. On the other hand, it has some advantages as well - it can be used to overcome some of JavaScript’s shortcomings.
The language is still evolving. Apart from web browsers, it is also used as Scripting and query language for databases like MongoDB and CouchDB. Node.js provide an environment for programming JavaScript outside of the browser.

In the subsequent chapters we will learn about :

Thankyou for reading!😃
All feedbacks are welcome 🙆‍♀️

Connect with me on :

Once suspended, sakshi006 will not be able to comment or publish posts until their suspension is removed.

Once unsuspended, sakshi006 will be able to comment and publish posts again.

Once unpublished, all posts by sakshi006 will become hidden and only accessible to themselves.

If sakshi006 is not suspended, they can still re-publish their posts from their dashboard.

Once unpublished, this post will become invisible to the public and only accessible to Sakshi Kumar.

Thanks for keeping DEV Community 👩‍💻👨‍💻 safe. Here is what you can do to flag sakshi006:

Unflagging sakshi006 will restore default visibility to their posts.