TypeScript has some incredibly nifty utilities that can be used to make your codebase more readable, efficient and safer.

In this article, I've compiled a list of four of my favourite utilities that I use in my daily workflow, along with some examples and explanations of each.

They've helped my TypeScript workflow - I hope they help yours, too!

Before we get started...

If you're new to TypeScript, I have a full course for beginners available right here on my YouTube channel!

It covers all the essentials you need to get started with TypeScript as a JavaScript developer.

If that sounds like something you're looking for, check it out here - I'd love to hear your thoughts on it!

Pick and Omit are special utility types that TypeScript provides as a way to add more convenience and power when creating new types for object shapes. Let's take a look at each one in detail with some examples...

In the following example, we've constructed an interface type called Consumable, which has got a bunch of properties that relate to something you could eat or drink.

Nice! Let's go over that in a little more detail.

In the above example, we're picking size and caloriesPerServing from the Consumable type to construct our brand new type, Pizza.

Let's go one step further. The cool thing about creating a new type is that we can use it just like anything else - so let's extrapolate our Pizza type and add a toppings property to our object shape...

In this example, we're declaring Pizza as an interface, so that we can extend from our new Picked type and add a brand new parameter, toppings, to it. That means that our Pizza interface, after being compiled, would have the following properties:

Let's take a look at an example to make things a little clearer. Just like with Pick, we'll use the same Consumable type once again as a base - but this time, we'll create a new type called Sandwich.

Our Consumable type has a property on it called millilitresPerServing. That's not really relevant to a sandwich - so by using Omit, we can pass in two arguments:

That means in this example, our Sandwich type would have the following properties:

Notice that millilitresPerServing isn't present in that list - that's because our Sandwich type intentionally omits that from our new type by using the Omit utility as described above.

What's just as cool - just like with Pick, the previous example, we can use the new type generated by the Omit utility as a base to extend from. Let's extend our Sandwich type by adding some fillings...

Omit and Pick really come into their own in more complex applications, particularly when you have a lot of overlapping object shapes that have properties which should remain identical in type. They're a dream for composition!

Just like Pick and Omit that we covered above, Required and Partial are utility types that allow us to create new types from our object types. Let's take a look into each one to see how they could be used as part of a workflow.

Okay, simple example - we have an interface for a (fictional) sign-up form on a website, with all the usual suspects present.

Notice that in the above example, we've got a few ?s in there.

Those are use to indicate that those properties are optional - which means that they're allowed to be undefined. Let's create an input object using our type:

(Note: I could have also just omitted all of of the properties with undefined as a value, but I wanted this example to be a bit more explicit for easy reading!)

Let's say for example that we have another form in our web app elsewhere, which uses the same shape of input - but this time, requires that we supply values to all of the properties in our MyFormInputs object.

If we wanted to, we could just re-write that same interface again, keeping all our keys and value types the same - but removing those pesky ?s to ensure that we can't pass any undefined values in...

...but, following the classic DRY rule, this should start to leave a bit of a bad taste in your mouth. There must be a better way...

Thankfully, that's where the wonderful Required utility comes in!

Let's create a new type called MyFormInputsRequired and make all of the properties on it non-nullable.

Required simply takes one parameter - the interface or object type that we want to make all properties enforced. In the above example, we also create a new object using that interface, and ensure that every single property has a corresponding value.

If the key wasn't present in requiredInputs, or if we supplied null or undefined as any of the values, this would throw an exception at compile-time.

Partial is the exact opposite of Required - instead of making all the properties in an interface or object type required, it makes them all optional. (if you've read this entire article from the top, you're probably beginning to notice a pattern...)

Let's take a look at an example on how it could be used. We'll go back to videogames to maintain some semblance of variation...

In the above example, we've introduced our VideoGame interface, which has three properties on it which are all required.

Let's say we wanted to create a new type making all of the properties optional. We'll use the power of Partial to make this happen...

In the example above, we create a new type named VideoGamePartial, and, just like how we used Required above, we pass the Partial utility a single object type.

This creates a new type, copying the exact shape of the VideoGame interface, but making all of the properties optional.

When we create a new object using our new VideoGamePartial type (as demonstrated in the nintendoGame value at the bottom of the above example), we can see that we're able to skip two of the previously required values - description and ageRating.

Taking this to an extreme, because Partial makes all of our properties optional, it would actually be valid to use that type to simply create an empty object...

...but that's probably more of a hypothetical use-case, as I can't imagine that being super useful in day-to-day 😅

Finally, topping it all off (and attempting to drive home how cool these utilities are) - let's use our new Partial type as a base to extend from!

In the above example, we create a new type called SonyVideoGame, which extends from our VideoGame type that has a set of properties which are all optional.

We've then added a new (required!) type to it called platform. That means that all of the properties (and their respective optional states would be as follows):

Using composition and the power of TypeScript utilities, we've created a complex type which has a series of properties which are both optional & required. Neat, right?

And that concludes our whistle-stop tour on some of TypeScript's powerful utilities that are provided with the language. There's plenty of others that you can delve into over at the TypeScript handbook - but these four are some of my favourites. 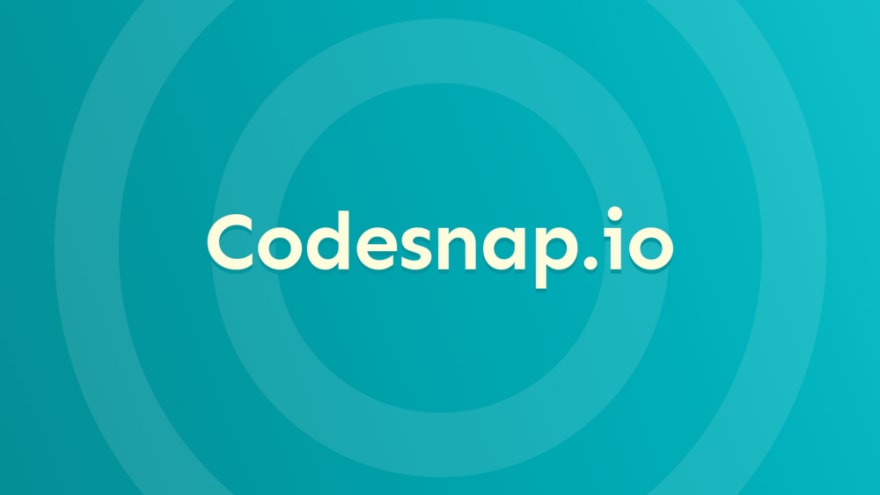 If you're looking for more TypeScript learnings, I have a full video course on the basics of TypeScript over on my website at CodeSnap.io!

Once suspended, sam_piggott will not be able to comment or publish posts until their suspension is removed.

Once unsuspended, sam_piggott will be able to comment and publish posts again.

Once unpublished, all posts by sam_piggott will become hidden and only accessible to themselves.

If sam_piggott is not suspended, they can still re-publish their posts from their dashboard.

Once unpublished, this post will become invisible to the public and only accessible to Sam Piggott.

Thanks for keeping DEV Community 👩‍💻👨‍💻 safe. Here is what you can do to flag sam_piggott:

Unflagging sam_piggott will restore default visibility to their posts.