Reactors are objects that maintain an internal state and implement two methods to retrieve and update the state. Along with this, they maintain two arrays of other Reactor objects: an ancestors array and descendants array. These two arrays act as data-binding relationships between Reactors and establish a graph of data propagation: 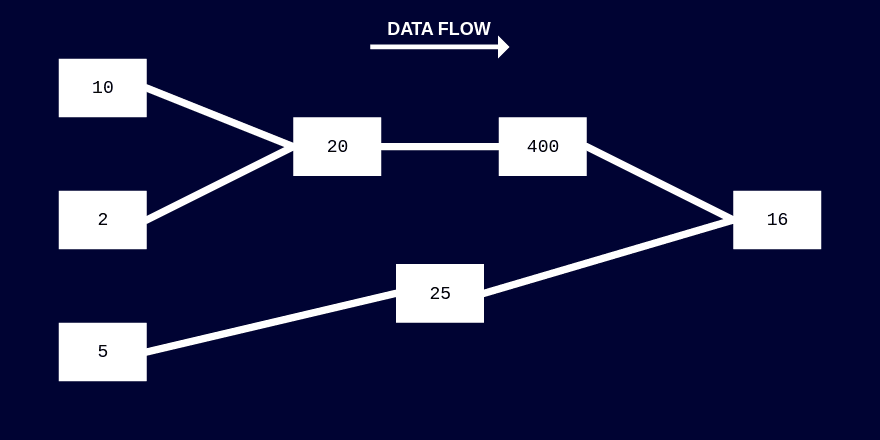 A Reactor should invoke the update methods for each of its descendants after its internal state has been changed. Each descendant should have access to the state from its ancestors when being updated. This allows for automatic propagation of change throughout the graph.

How to use Reactors

Let's discuss how to use a specific implementation of a Reactor.

With this specific implementation, state can be accessed and redefined using the state getter/setter:

The getter/setter internally invokes the the retrieve and update methods.

State can be defined as an expression by using a function as the state argument.

The implementation will automatically link the message Reactor to the noun Reactor by adding noun to the ancestor array in message and message to the descendants array in noun. Because this relationship is established, the Reactor class will know to invoke message.update() when noun changes its internal state.

The state of the Reactor graph is not static, but rather dynamic. This means that the ancestors for a Reactor is not fixed throughout the life of the Reactor. 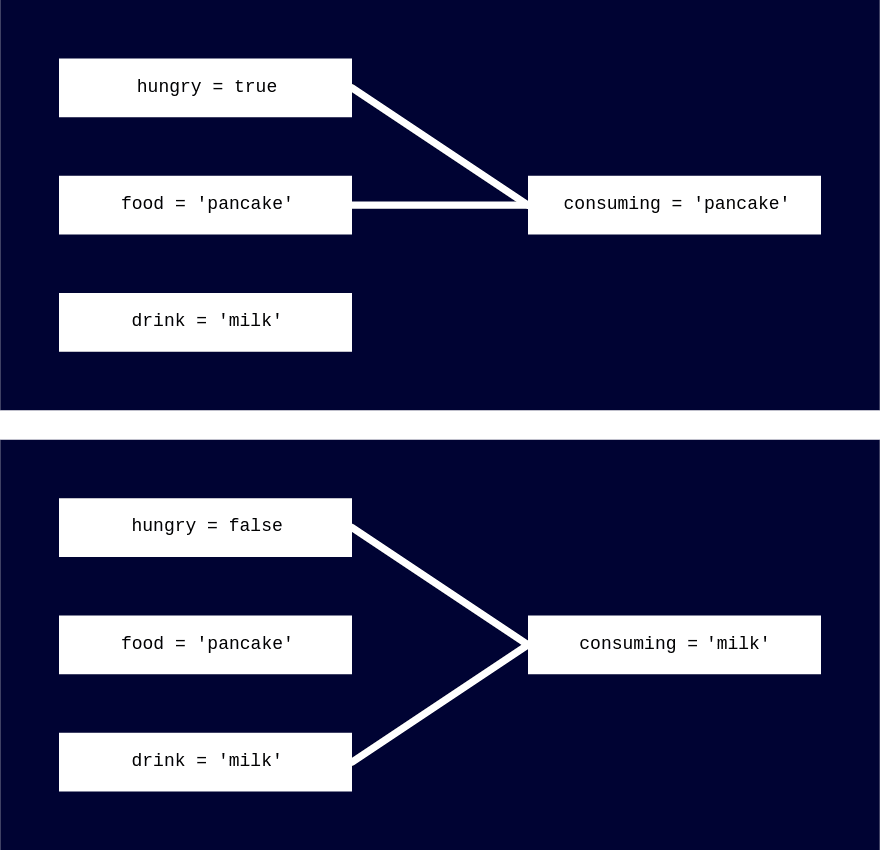 This dynamism of the graph means that Reactors typically are optimized to react to only the changes which concern them.

A Reactor can be pure with no side-effects if all state within a Reactor's expression function is composed of constants or other Reactors.

Pure Reactors only have access to variable (changing) state that is from other Reactors; only from state within the Reactor graph. In addition, A pure Reactor cannot have side-effects:

Although perfectly legal and legitimate, creating impure Reactors should be handled with care. It is recommended to place these Reactors towards the tips of the Reactor graph. Doing so will improve the dependability of your applications.

Reactors are an awesome new tool at the developer's disposal. It can supplement an existing application's state management needs and it can also act as a replacement for all state management. This is only the beginning for this pattern. I'm excited to see where the community will take this pattern in the future!

Schedule / Timeline for React with Planby 2.0 🚀