A database machine I was handling got infected by a malware, potentially a crypto miner, via a feature in Postgres. This feature, due to our recent shifting of infra resulting in lax of security policies almost cost us couple days of hair pulling.

This post is an account of how I investigated into the issue and thwarted the attack (hopefully :D. The rogue process has not started again, yet).

It started with our api server showing logs of database not found. 😱

The database had been deleted suddenly. Checking the logs of postgres, a delete command particularly was issued by the postgres user.

Looking at the htop, this was the output. There was a random process started by postgres user hogging all CPU resources. 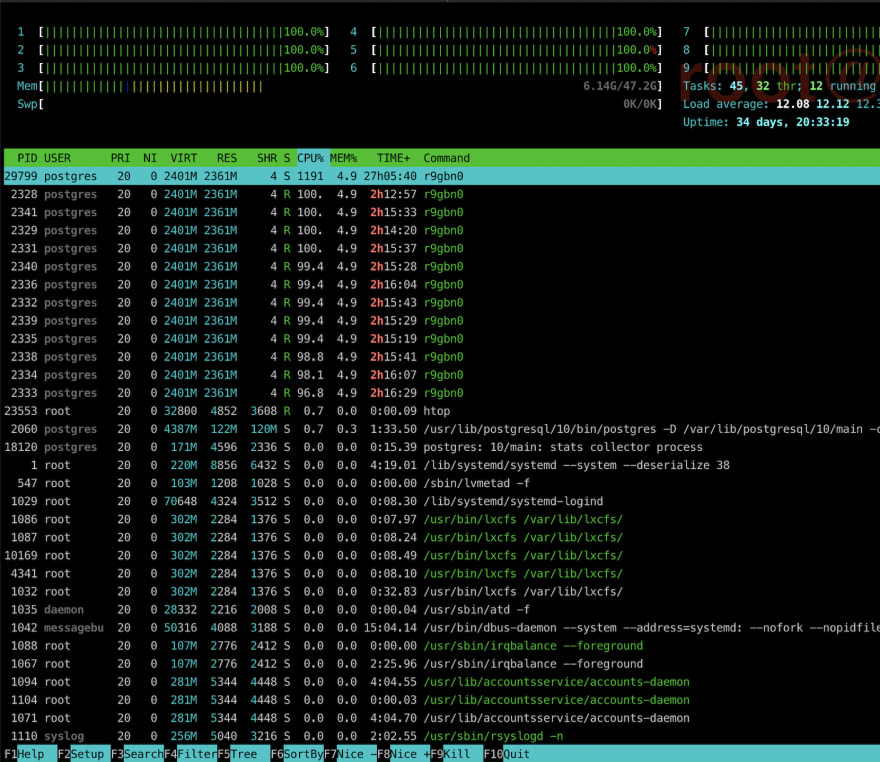 One of the things I have not grasped about this yet, if the intention was to use our CPU resources, why delete the database?

And also, how did the script understand in particular which database to delete, (it is possible it could have deleted whatever databases which were available one by one but since we had only one DB, its seemed odd). 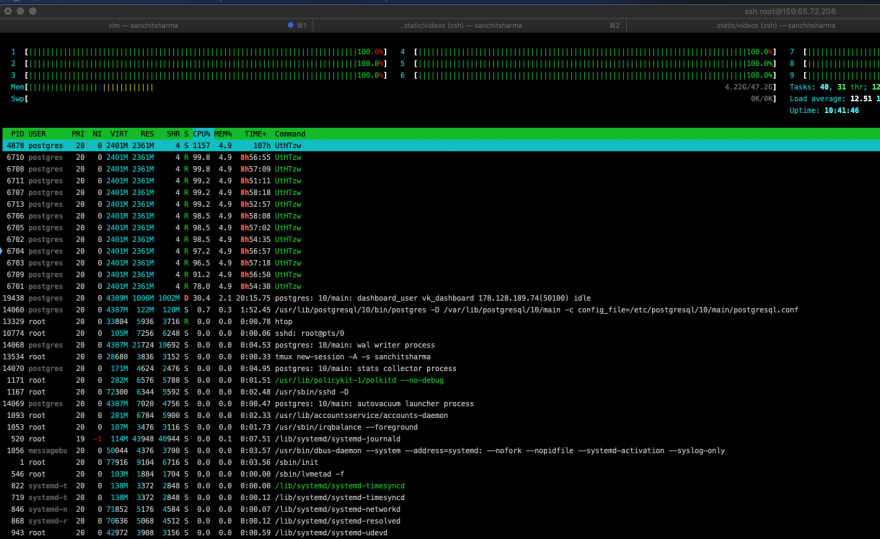 So we decided to recreate machine from the backup we had of couple days ago. All good, right?

As you might have guessed, the server was infected some days ago, just the db was deleted today. So minutes after starting the machine again, there was once again this random process hogging the CPU.

The first thing we did was to revoke access of postgres user from our main DB and meanwhile create a new machine from scratch and then transfer our DB to it 😢.

While a new machine was getting created, which was taking a lot of time due to large disk size, I happened to read this article while researching about celery tasks stopping.

This was the article I was reading -

Reading this article I realised I could strace and lsof for investigating into my issue as well.

strace is a powerful command line tool for debugging and trouble shooting programs in Unix-like operating systems such as Linux. It captures and records all system calls made by a process and the signals received by the process.

lsof is a command meaning "list open files", which is used in many Unix-like systems to report a list of all open files and the processes that opened them.

Following are the contents of .kpccv.sh

I am still not very clear what exactly was happening in the attack, also because I was too keen to remove it and didn't pry more. Comments are welcome.

I looked into the code that Daniel decoded. Here is a bit commented version of that. I tried to dig more into it but was stuck at the part where it tries to reach out a url using wget or curl. The incoming result then is executed into bash. I tried using tor browser too but to no result. Maybe the endpoint has now been taken down. It would be useful if someone could decipher more what is happening in the code more that what I have done. (I only know bash scripting from SO :P)

For those of you with children at home during these “interesting” times that are teaching programming...

Serverless on AWS Lambda: A Comprehensive Comparison Of Approaches (Serverless Framework vs SAM vs Terraform vs CloudFormation)