We will finally be able to create performant React-Native animations with all the expressiveness of the JS language.

State of animations in React-Native

To get 60 FPS, we should try to get them running on the UI thread instead, using with useNativeDriver: true or Reanimated v1.

This is why existing animation systems (Animated, Reanimated v1) use a declarative approach, that permit to serialize an animation declared on the React-Native thread, and send it over the bridge to the native side.

But this declarative approach has drawbacks, particularly the expressiveness:

Wouldn't it be nice to express the same thing directly in JS?

This is the main value proposition of Reanimated v2!

The library creates a 2nd JS execution context on the UI thread.

You can declare "worklet" JS functions. A Babel plugin will extract them, and put them into the UI JS execution context, to be run synchronously on the UI thread.

You now have all the expressiveness of JS to drive your native animations.

For sure there are a few limitations. From a worklet function, you can't access everything of your regular React-Native code, but the essential is here: you can call a worklet from one another, provide parameters...

A good way to discover Reanimated v2 is to check William Candillon's videos: 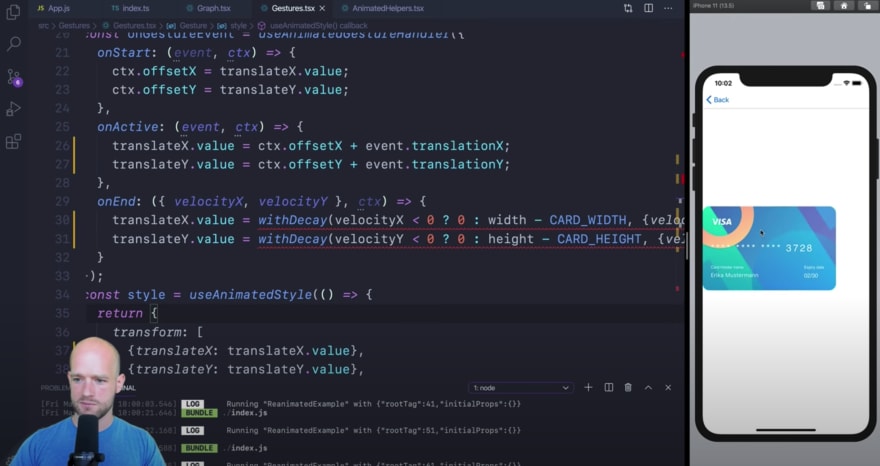 As of today, Reanimated 2 is in alpha, and not really production ready.

The documentation is far from being complete.

It has several important issues, like requiring Hermes on Android, and being complicated to install.

There's also webinar with Krzysztof Magiera and Software mention the 18th of June.