CI/CD enables the best tech companies to improve their products many times per day. Here’s what you need to know to do the same.

CI/CD is a way of developing software in which you’re able to release updates at any time in a sustainable way. When changing code is routine, development cycles are more frequent, meaningful and faster.

Continuous Integration is a prerequisite for CI/CD, and requires:

The job of Continuous Integration is to produce an artifact that can be deployed. The role of automated tests in CI is to verify that the artifact for the given version of code is safe to be deployed.

In the practice of Continuous Delivery, code changes are also continuously deployed, although the deployments are triggered manually. If the entire process of moving code from source repository to production is fully automated, the process is called Continuous Deployment.

A long deployment process is error-prone and distracting. Developers get frustrated by a process that feels like an overkill. Teams trade small iterations for risky big-bang releases. They may also be led not to make some small improvements at all.

The goal of CI/CD is to make the deployment easy enough, safe and fast. In such context, the probability of introducing major bugs is low. When something bad does happen, it’s easy to deliver a fix or revert the change.

A litmus test for doing CI/CD

If any developer in your team can stop what they’re doing right now and ship the current development version of code to production in 20 minutes or less without anyone stressing about what could happen — congratulations, you’re doing CI/CD!

To make CI/CD a reality, you need to automate everything that you can in the software delivery process and run it in a CI/CD pipeline. 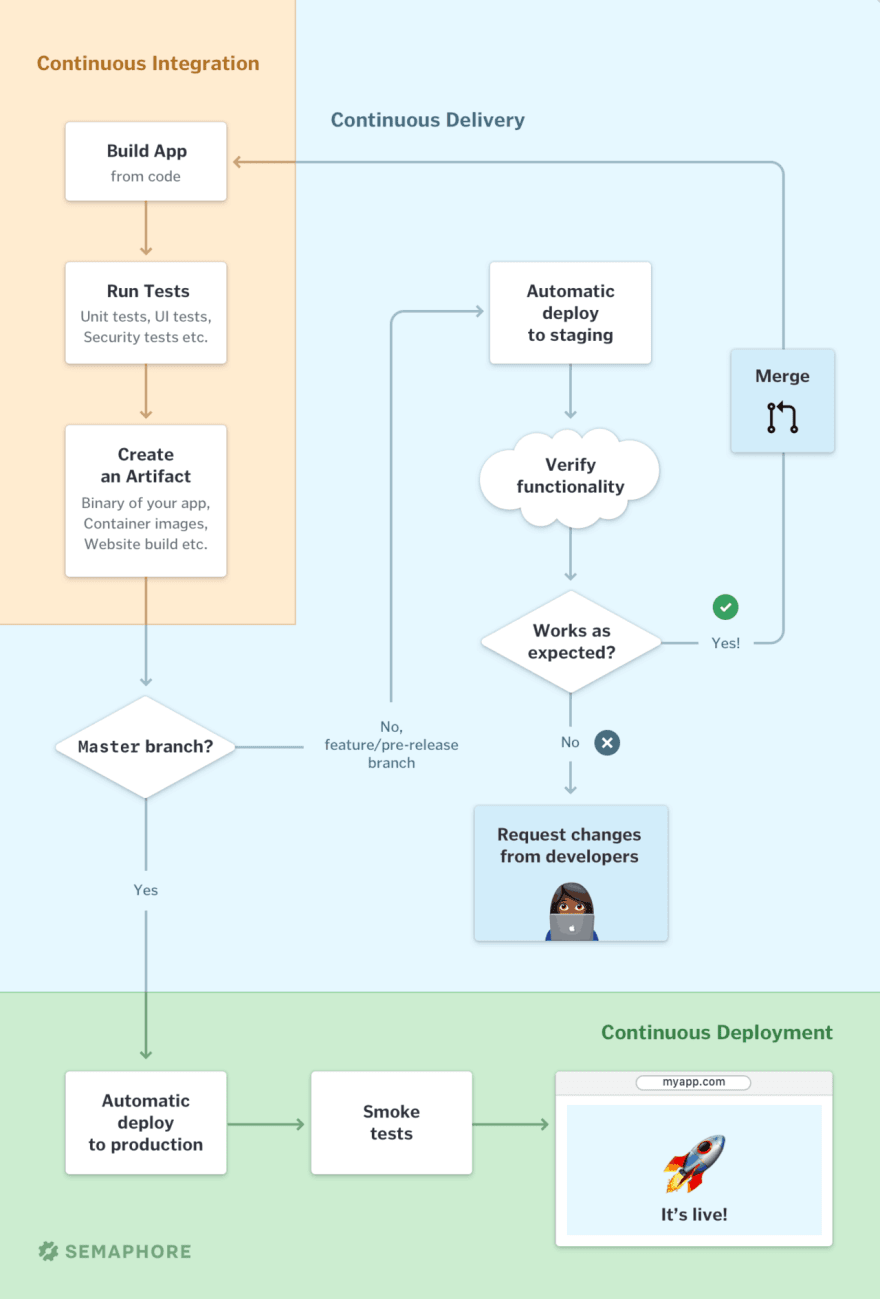 In this example, each change on the master Git branch performs the following steps on Semaphore:

Here’s a CI/CD workflow for containers and Kubernetes which includes more steps:

In this example, each change automatically performs these steps:

At the end of the Docker build pipeline, we have a working artifact, a container image. The developer, or more formally, release manager, can decide to manually trigger:

Want more? Read about the benefits of CI/CD and how a typical adoption journey looks like — including when it seems impossible — on Semaphore website.

Why scrum has become irrelevant