Learning a new programming language can be challenging. There’s frequently a load of novel code patterns, techniques, and features.

Elixir, in particular, is a bit odd. While its syntax looks easy, it can be surprising. Even more, the semantics – Elixir code can sometimes be a puzzle even if you are a functional programming veteran.

For this post, I have gone through all the basic Elixir constructs and collected a few tips that will help you write idiomatic Elixir code without hours of Googling. It should be useful when you attempt your first Elixir project or do Exercism exercises.

If you have already finished Exercism or done an Elixir course, you will know most of this already, but it might serve as a good refresher.

Now, let’s see what Elixir can offer us. 😉

Additionally, you can visit the Basic Types and Basic Operators guides on Elixir’s webpage. 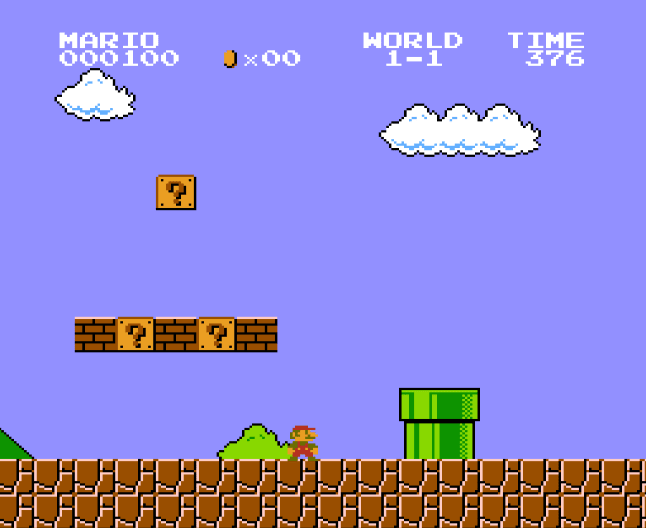 Hop into the pipes, and they take you weird places.

The pipe operator is the main operator for function composition in Elixir.

It takes the result of the expression before it and passes it as the first argument of the following expression. Pipes replace nested function calls like foo(bar(baz))with foo |> bar |> baz .

For example, here’s a function that makes a string into an exclamation sentence.

Here, we take a string and pass it through various string methods. Since Elixir functions return the result of the last evaluated value, we don’t have to return anything. Data and transformations applied to it are clearly delineated.

Pipes look even more incredible when you use them to compose higher-level functions. The whole program can easily be one large pipe, consisting of smaller pipes, which consist of even smaller pipes. Pipes all the way down!

Elixir, as a functional programming language, makes heavy use of higher-order functions.

Higher-order functions take in other functions as arguments. A few examples of HOFs are map, filter, and reduce.

In Elixir, most of these functions live in the Enum module of the standard library and operate on anything that is Enumerable: lists, maps, ranges, etc.

Using HOFs is a good substitute for loops: instead of a for-in, iterate over the elements of the list with Enum.map.

In the function above, we provided the square function as fn x -> x * x end. This is Elixir’s syntax for anonymous functions. There is also another way to provide functions, and that is through the capture operator.

The & initiates a new anonymous function, while the &1 denotes the first argument of that function. It’s debatable whether it makes it easier to read in this case. 😅

Let’s say we need to read a list of lines from a file, make them into exclamation sentences, and print them out to the console.

While we could usually do that with a loop, now we need another way. You can easily do it with a map function.

Remember the capture operator we talked about? Here, you can use it to make it simpler to call exclaim. Just switch up the map function to Enum.map(&exclaim/1)! 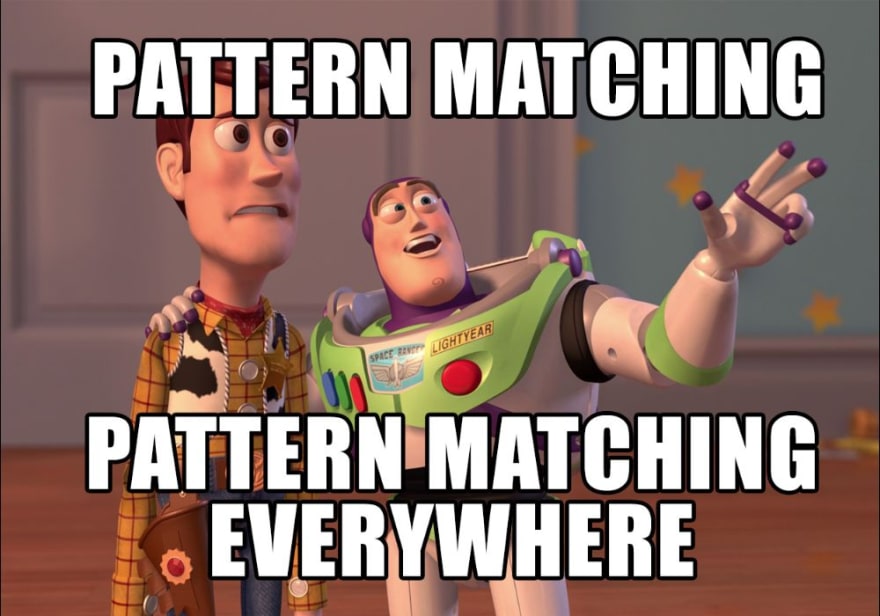 Pattern matching is one of the most powerful parts of Elixir. Any kind of control flow that you write, it’s a reasonable heuristic to check whether you can’t do it with pattern matching.

Basically, pattern matching works by providing some pattern you expect in the data and then checking whether this pattern matches the data.

It all starts with the match operator, =. Yup. In Elixir, we don’t assign variables; we match them.

What happens here is that Elixir checks whether the structure of both sides is the same. If it is, unassigned variables on the left side get assigned the values from the right side. If it is not, it will skip to the next match statement (or give you MatchError if the match wasn’t exhaustive).

We can play around with it in IEx.

It starts to get much more useful when the structures are more complex, enabling you to destructure tuples, lists, and nested maps quite easily.

Elixir’s case statement operates on pattern matching – you can use it to match values or structures.

In the case of the code above, we can go even more idiomatic.

Whoah! 🤯 If done correctly, this makes the code more extensible and easier to read.

But there’s even more modularity incoming.

Let’s imagine we wanted to get the age only if Andrew is of legal age. We can easily accomplish this with a guard, an additional construction that augments pattern matching.

Guards consist of when and a boolean expression, and are added to the function clause. They support only a limited set of expressions, which you can check out in the documentation.

Here’s how our code would look with guards:

There’s this cool thing with Elixir functions where you can have functions with different argument counts, and they get counted as different functions even though they have the same name. In other words, you can overload functions via arity.

One of these functions in Elixir-speak is actually add/2, the other is add/3.

And, by using multiple functions and pattern matching, we can do a nice trick in our Elixir code that comes up quite often.

It’s easier if you look at it in action. Here’s a function that reverses a list.

I have left the implementation details unfinished, and you might have a question or two about what is happening. Stay with me for a while. To fully explain it, we need to turn to recursive functions. 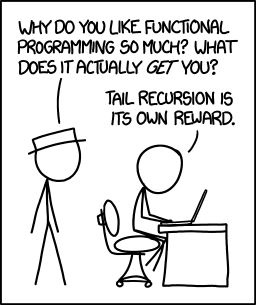 A recursive function is simply a function that can call itself.

One of the typical examples is calculating a certain Fibonacci number, a naive implementation of which in Elixir would be:

(Take note of our use of pattern matching covered above.)

We can find two things in each sane recursive piece of code: a base case and a recursive call.

In Elixir, we use recursion much more frequently than you would in a non-FP language since we don’t have access to things like loops. Recursion mimics imperative behavior quite well.

For example, if we need to do something a set amount of times, we can create a recursive function with a number as an argument.

Let’s say that we want to duplicate a string any given number of times.

Instead of initializing a variable in the function, we add one more argument to the function. Then we call it again and again, each time decreasing times and increasing acc.

In the end, we have achieved the same result as instantiating two variables – i and acc – and creating a while loop that decrements i until it is equal to 0 and adds string to acc on each iteration.

Now, I believe you will find it easy to complete the reverse example in the pattern matching section; it’s rather similar to repeat in structure.

Structs are an upgrade of Elixir’s default key-value store, maps. In contrast to maps, the keys of a struct are set when initializing, and you can’t add new ones afterwards.

Each module can have one and only one struct, and we tend to define it somewhere at the top of the module.

In the example above, I will now be able to access the struct with %Person{}. I can also provide some default values. For example, let’s assume that the default population I am dealing with, for some reason, is 27-year-old Andrews.

Now, calling the struct will give me a named map with the default values.

The keys of the structs are not changeable once defined. Therefore, you won’t be able to add additional facts to the Person struct such as a home address, favorite Dostoevsky novel, and other tidbits that nobody needs to know about.

But you can easily instantiate a struct with values other than default, update the values with the regular map functions, etc.

You can read more about structs here.

While creating a simple game in Elixir, you can, for example, create a struct that encodes the game state. Then, you provide functions that modify the game state in the module below.

Exercism has a wonderful example in the robot simulator exercise. In it, you create a struct that holds the position and direction of a robot and provide various functions for moving and turning the robot.

One could argue that the modules created like this, in a sense, function similarly to a class minus all the inheritance stuff (which we don’t do in Elixir, but there are ways to achieve behavior like that).

What to learn next?

This knowledge (and a bit of Googling, I definitely didn’t cover everything) should be enough for you to go through Exercism and be able to do simple programs in Elixir.

If you want to continue learning after that, we have a huge article on all the different resources you can use. On the practical side, I recommend building a few toy projects for whatever interests you, perhaps looking into Phoenix. I mean, you know thyself better. 😉

Additionally, if you want to read more articles about Elixir and other fantastic languages, be sure to follow us on Twitter. Good luck!