SAML – Secure Assertion Markup Language used for federated authentication when some service which we need to get access to (a Service Provider), asks another service (an Identity Provider) to perform a user’s authentication.

Their communication and steps during authentication can be displayed in the next scheme: 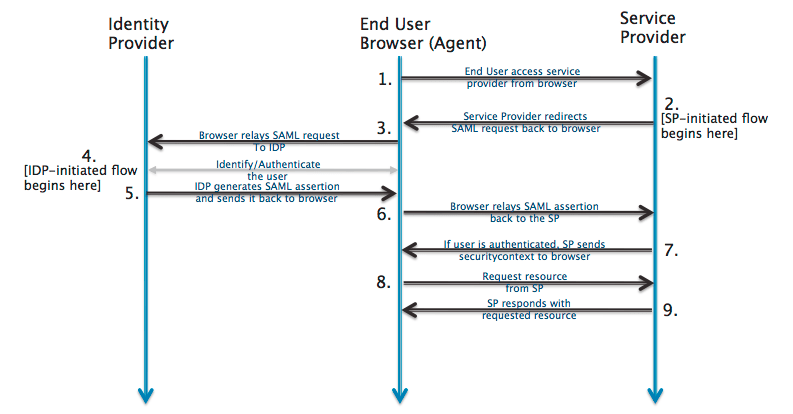 Also, keep in mind that SAML-authentication can be two types:

Also, keep in mind that an SP and an IdP will never talk directly to each other – a user’s browser will act like a “proxy” between them.

An IdP generates a SAML response for an SP and then SP has to check if this response was received from a valid IdP and then parse this response to get necessary data – a user’s name, groups, and other attributes.

To do so an SP need to obtain the next information from an IdP:

The main goal in the SAML integration to the Jenkins is:

In Okta Jenkins SAML can be configured in two ways:

With the first way you’ll be unable to use the Role-Based Strategy plugin but still can use a Matrix-based security or Matrix Authorization Strategy plugins: 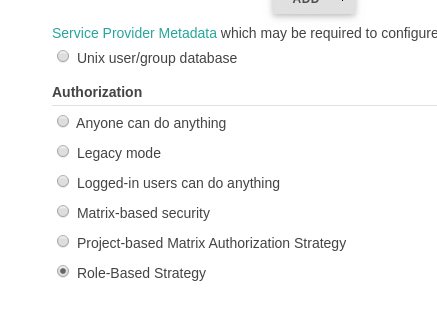 The Role-Based plugin configuration will be described in the following parts and now in the post will see how to configure Okta and SAML for Jenkins in both ways mentioned above. 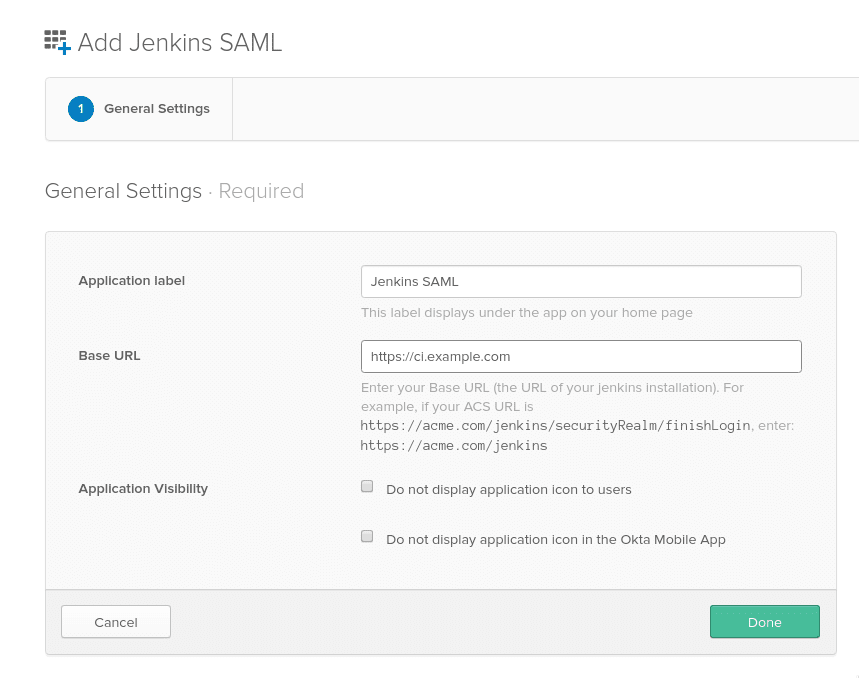 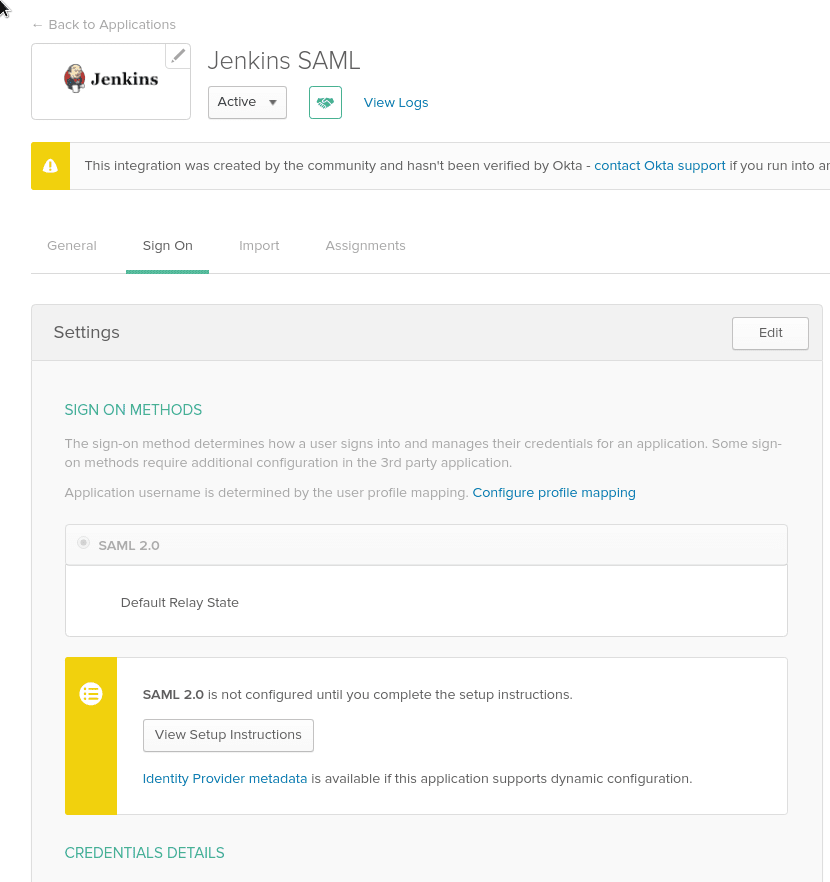 Click on the View Setup Instructions – Okta already has all data generated here to be used by our SP (Jenkins): 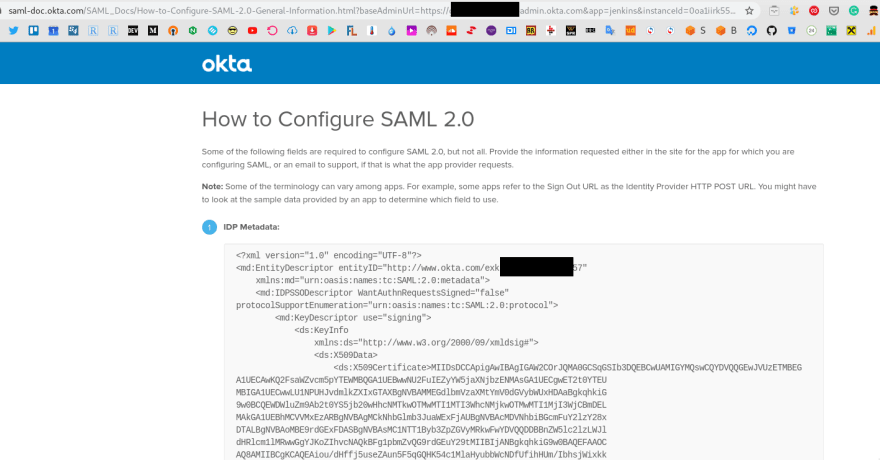 Go to the Assignment tab and add the Jenkins SAML app to desired Okta’s users: 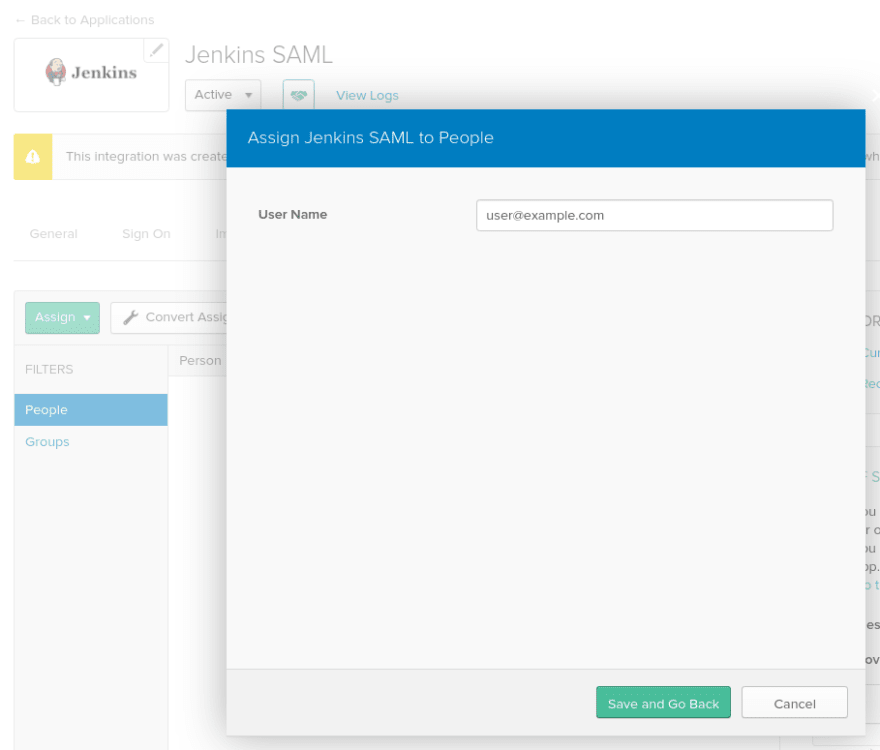 Navigate to your Jenkins.

Go to the Configure Global Security, switch your authentication realm from the Jenkins’ own user database to the SAML: 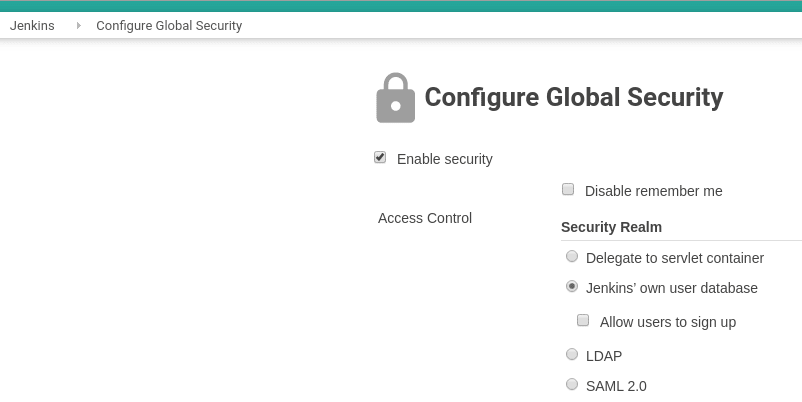 Go back to Okta and the metadata page, copy the IdP Metadata content: 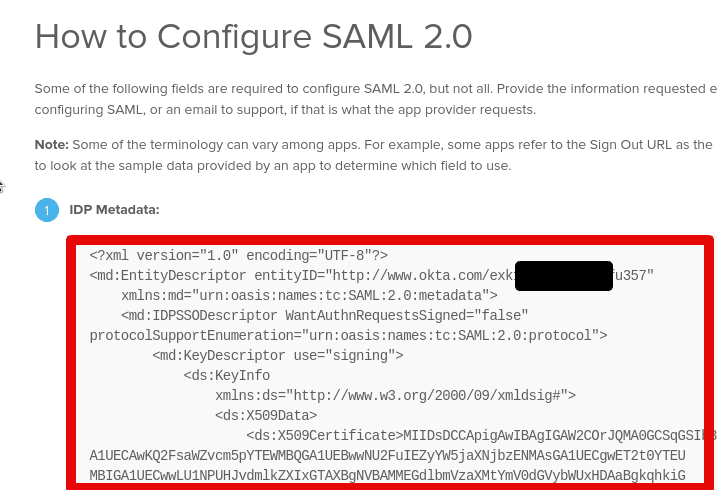 Paste to the Jenkins’ SAML settings:

Return to your Okta, copy link to the Identity Provider metadata: 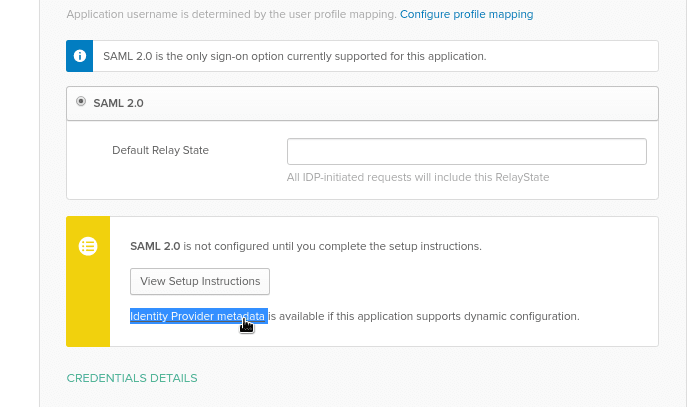 Set it in Jenkins to the IdP Metadata URL field:

Display Name Attribute and Group Attribute leave as is.

Check it now: open your Jenkins URL – you must be redirected to Okta: 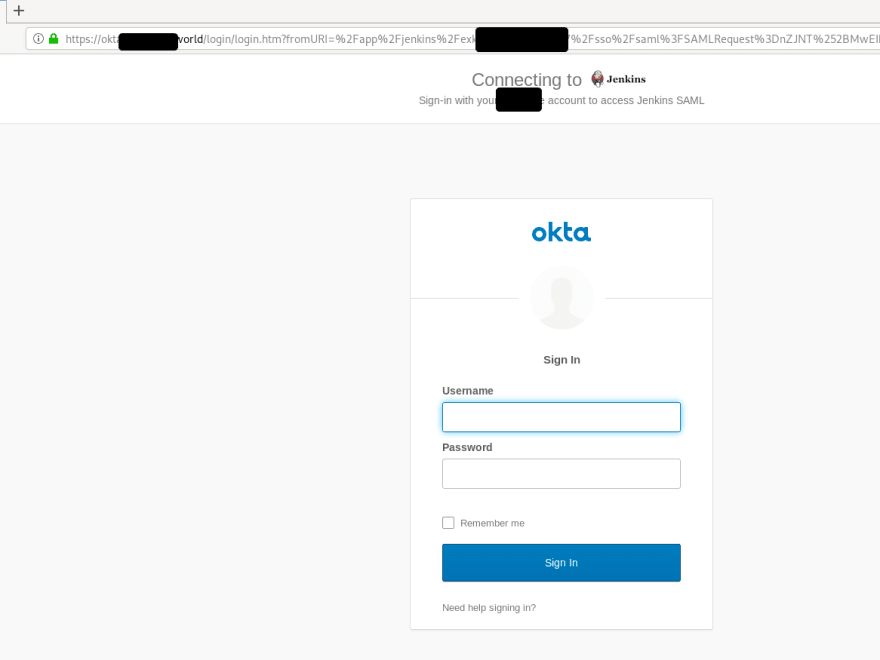 Okta and own application for Jenkins SAML

Now let’s add a new application in Okta which will be able to pass a user’s group to Jenkins, for example – a DevOps group: 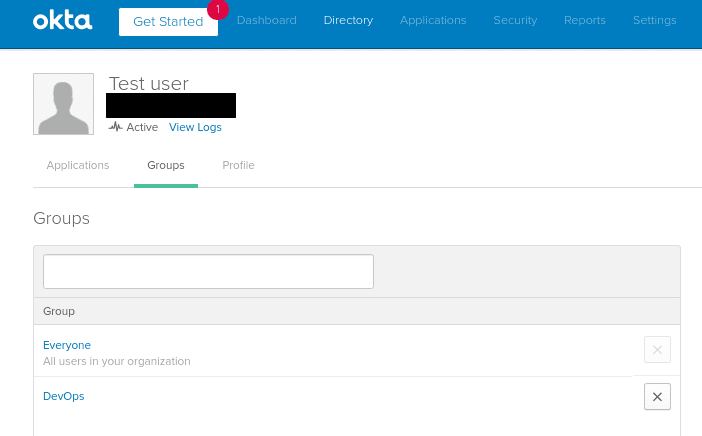 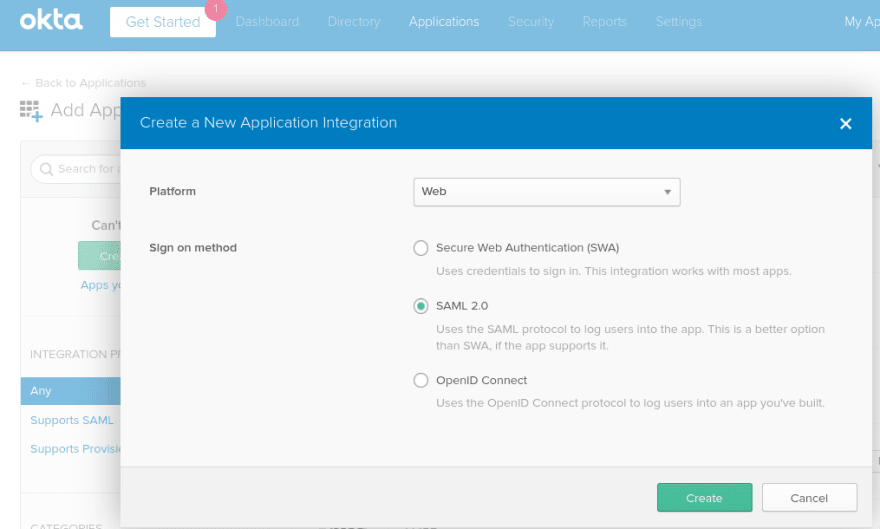 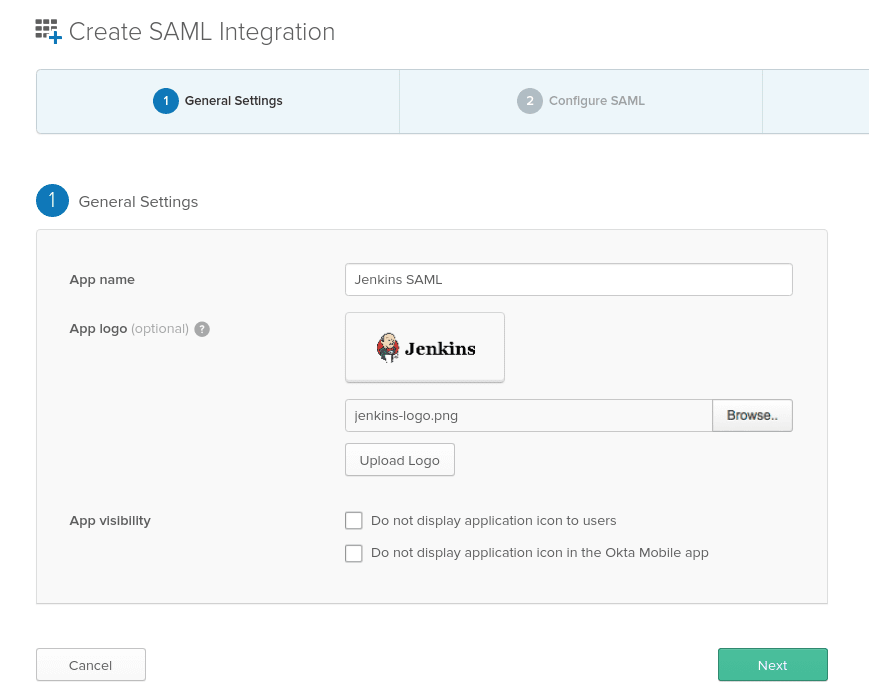 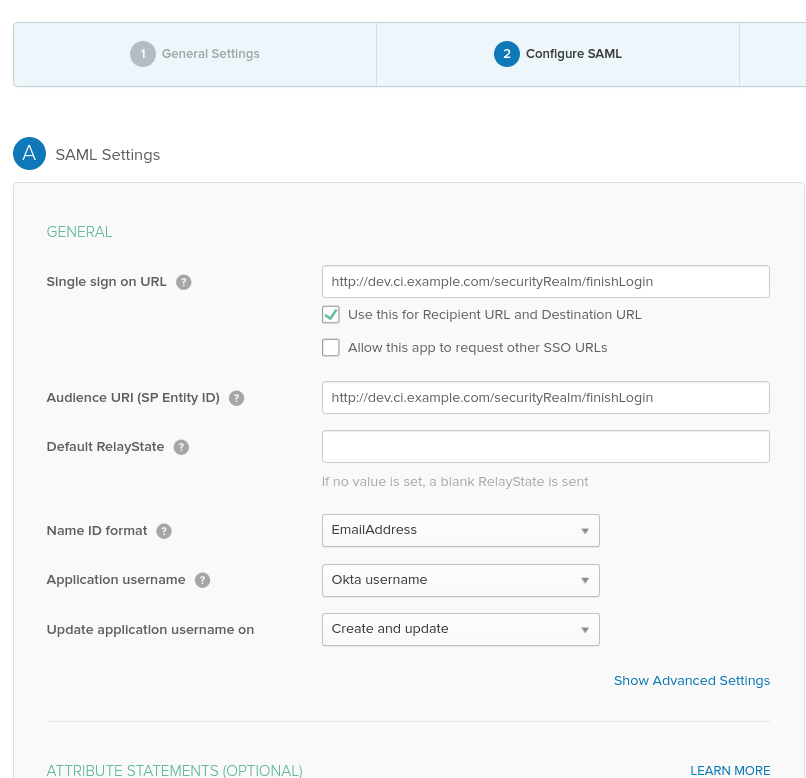 To pass user groups from Okta to Jenkins add a new field in the GROUP ATTRIBUTE STATEMENTS (OPTIONAL): 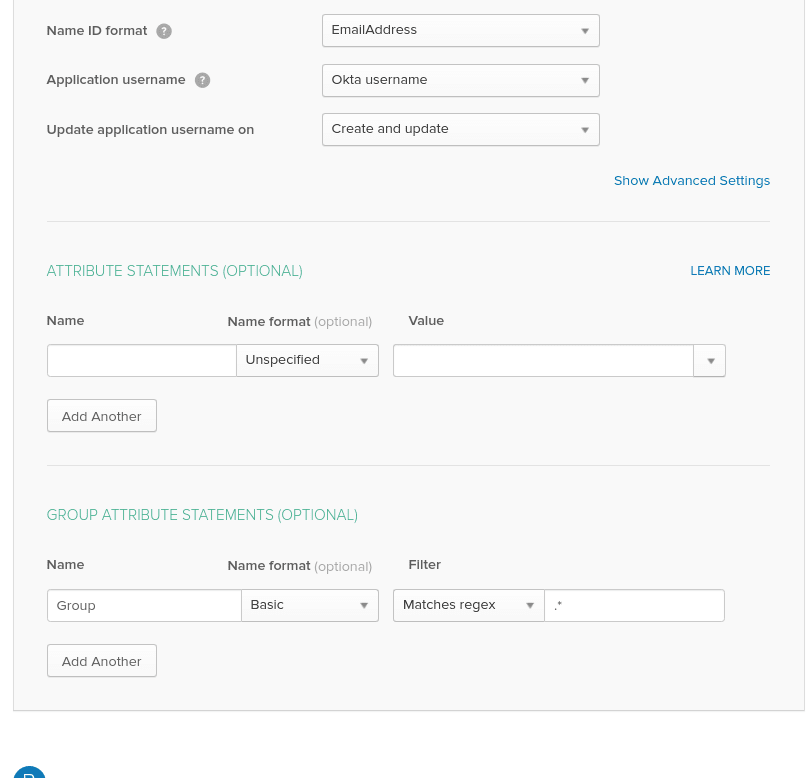 On the next page set I’m an Okta customer adding an internal app, and Finish.

Do not forget about Assignments.

Now, in the same way, as we did previously, click on the View Setup Instructions, copy IdP_ metadata_ and update Configure Global Security settings in Jenkins.

Copy a link to the Identity Provider metadata: 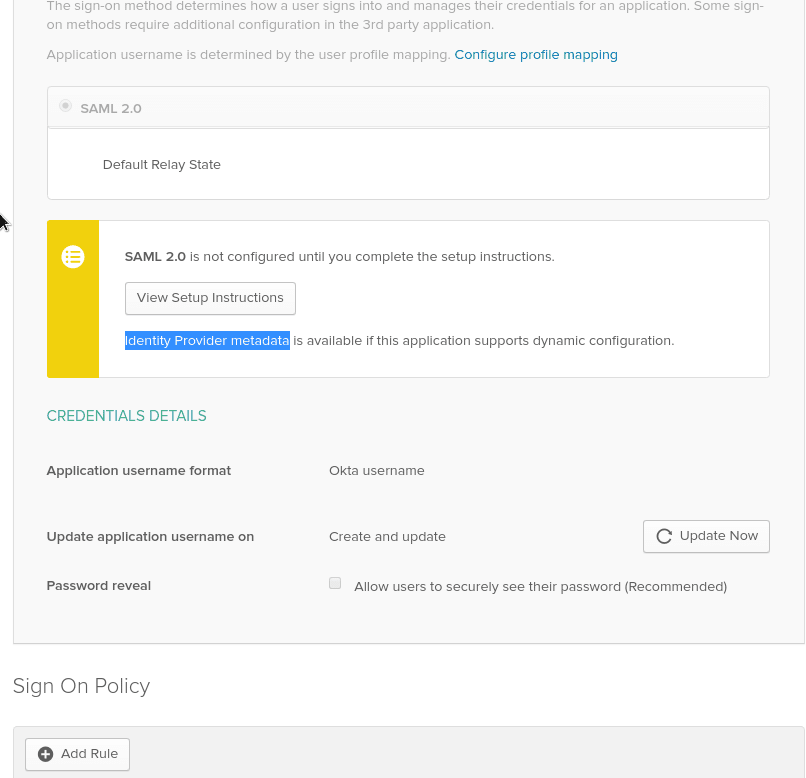 Set this link to the IDP Metadata URL filed in Jenkins:

In Jenkins change the Group Attribute’_s value from the _http://schemas.xmlsoap.org/claims/Group to just “Group”:

Going forward a bit (will add another post about Role-based plugin configuration) – an example of Role-based Security and groups in Jenkins.

A user in Okta and its groups: 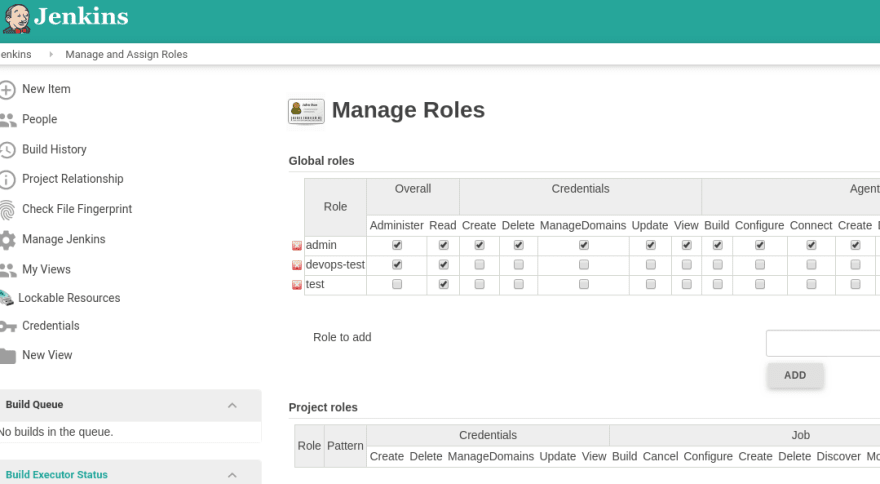 And a group DevOps with a test assigned: