For many software engineers, SE job titles hold a special place. No other topic elicits a more passionate response than when an engineer thinks that their ranking in the pecking order is threatened by an unworthy usurper in their company. The pattern is the same, whether it be a 1000+ tech drone corporate or small tight-knit startup.

Although initially used to define various steps in the career ladder 1 which meant more prestige from the colleagues and more importantly, better compensation from the employer - the ranks have warped into a pissing contest between new developers in the industry. The way I like to look at it is that the ranks are purely indicative of the level of impact, and the breadth of responsibility that any engineering individual in the company has. Unlike popular opinion, I don't think it's necessarily tied to experience either - I have seen engineers with < 2 years of experience handling complex architectural problems and conversely seen someone with > 10 years of experience in the industry struggling with basic programming concepts. There's also the matter of company size, a mid level at a large company might be a senior at a small company and vice versa. The career progression paths are different in every company and where you might lie based on that should also be taken into account. 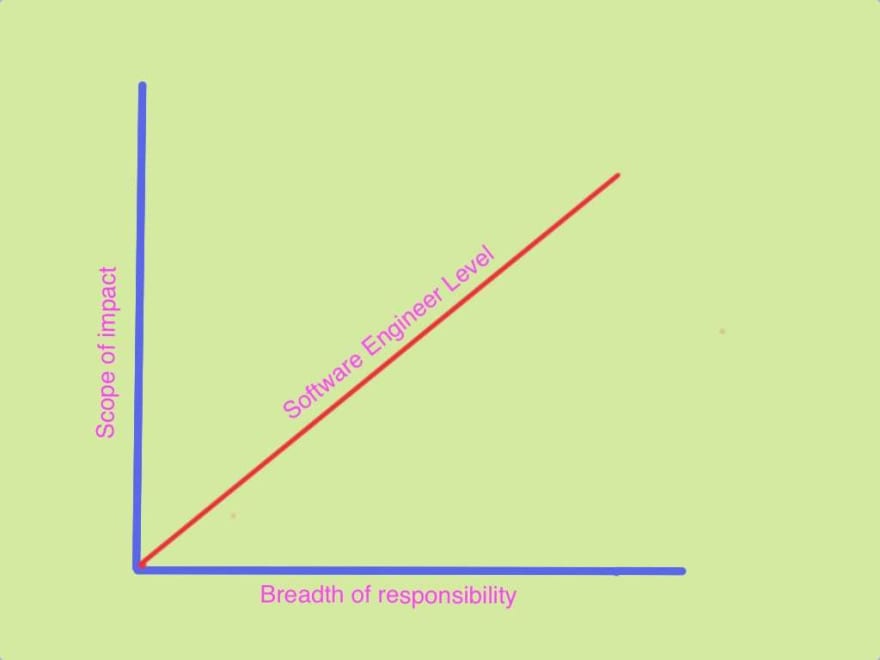 For someone who has been coding since the age of 13 and has had various jobs at different levels in a professional setting for the past five years, I felt like now was the time to put in writing my thoughts on what constitutes developers at various levels. It is worth noting however that whatever you read here isn't definitive, and as always factors outside of technical and soft skills should be taken into account.

This is someone who's just tasted the wonderful life of what it means to make machines do mans bidding. More often than not, people that are put in this category are either fresh out of university with a degree that had some programming background or have just graduated from an academy, or an institute specializing in teaching people how to code.

In my opinion, such candidates are the lifeblood of any organisation, and they should be given space, time and most importantly mentorship, to grow. Usually the expectations for people in this role are:

These are the underdogs of any dev shop. Almost always underappreciated but are the ones making sure the product guys are happy with the sprint velocity. Humor aside, mid level engineers ensure the rhythmic hum of new features being churned and priority bugs being squashed withing the organisation. The people that fit in this role usually have following expectations:

People in these positions are usually regarded as the influencers and drivers of technical direction in a given stack/project domain for the company. Routine expectations for people in such roles are:

For entry level/junior engineers it's important to be to consistently ask for feedback and articulate why the code they added/changed was done in the way it did.

For mid level engineers, it's important to be able communicate with juniors on the team as well as be able to document design decisions made over the course of delivering product features.

For senior engineers and above it is even more critical, as a big part of their job is to communicate their ideas and have them percolate through various teams inside the development org.

Why leave the rest

I understand that an engineering org can, and mostly is, made up of other varieties of engineers such as intern or graduate/entry level engineers, technical analysts, software architects, tech leads, devops ninja etc etc. This is post is not aimed at them and sometimes a lot of their skills will overlap with developers. I might do a follow up post in the future that targets people working in cross-cutting development roles.

This article was also posted on my blog here

Once suspended, shavz will not be able to comment or publish posts until their suspension is removed.

Once unsuspended, shavz will be able to comment and publish posts again.

Once unpublished, all posts by shavz will become hidden and only accessible to themselves.

If shavz is not suspended, they can still re-publish their posts from their dashboard.

Once unpublished, this post will become invisible to the public and only accessible to Shiveen Pandita.

Thanks for keeping DEV Community safe. Here is what you can do to flag shavz:

Unflagging shavz will restore default visibility to their posts.