About two months ago I have posted here an article on a project of mine called "web-desktop-environment", if you're interested in the idea of a web-based desktop environment you can read about it here 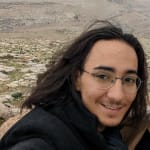 A brief introduction to the project 👩‍🏫

There is a live demo (serverless) running here 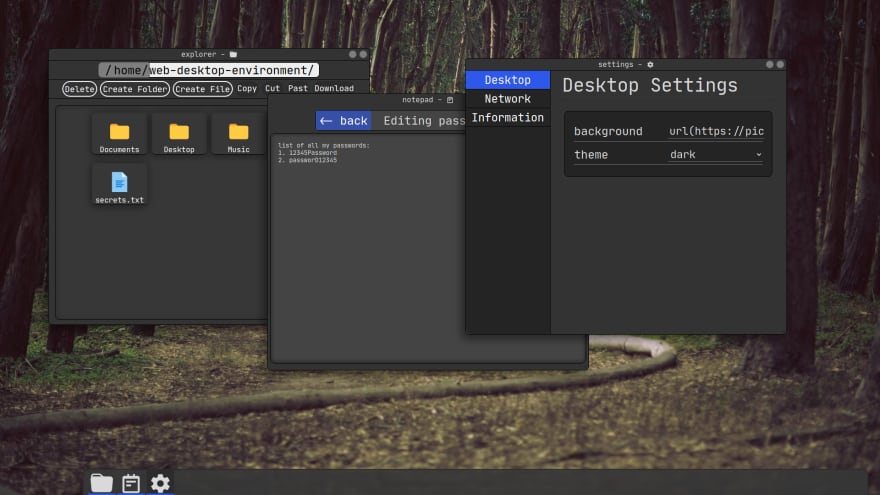 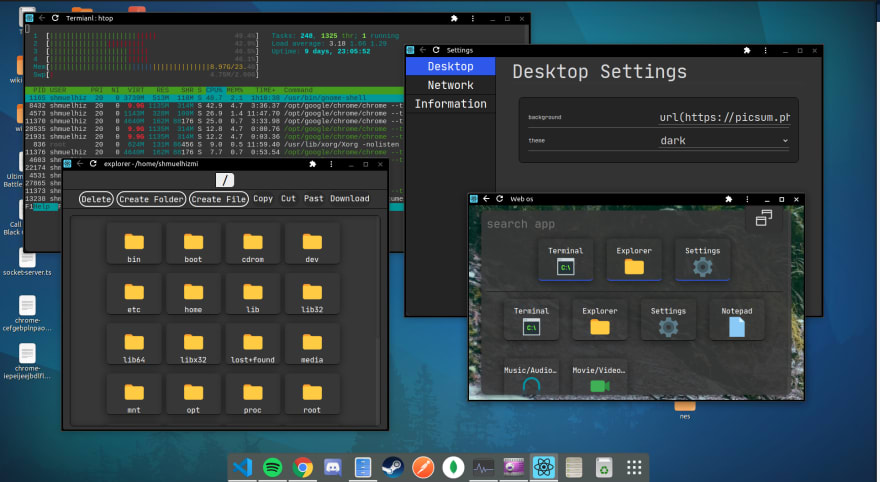 Media Players apps are on their way 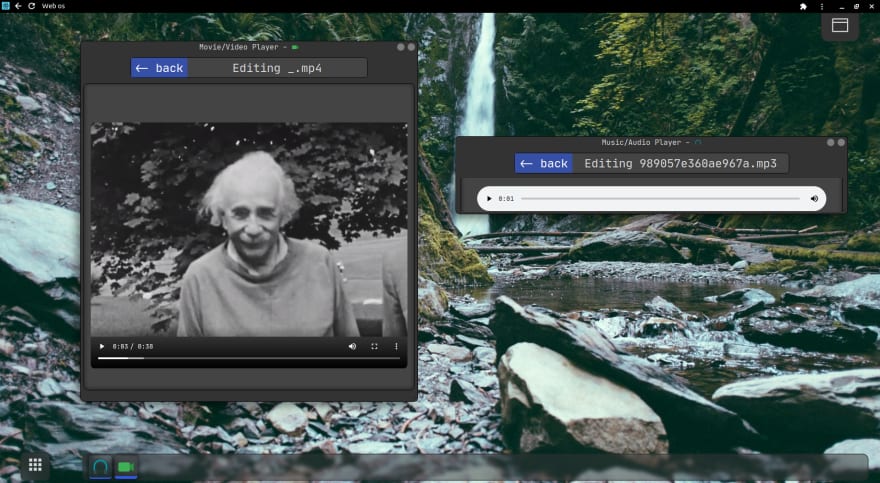 Looking to build a full-stack app that pushes the web to its limits yourself?

if so you may be interested in the framework I build and used to build this project, the framework is "@react-fullstack/fullstack" and you can read more about it here

a set of packages for creating full-stack React applications

"React Fullstack" is collection of libraries for creating fullstack applications that are based on React!

Since the last update, I have made a few new features and improvement

A cross-platform desktop-environment with a web interface design to provide a simple and intuitive way to manage your server with a desktop-like interface.

What is a Web Desktop Environment

WDE usecases range from providing a slim interface for your raspberry pi to or any other micro-computer to proving an interface for developing on a remote super computer or inside a Docker container.
wehenever you need to work on a remote/cloud environment WDE can be a great choice. it can simplify and abstruct the way you interact with your server and allow to feel comfortable…

Once suspended, shmuelhizmi will not be able to comment or publish posts until their suspension is removed.

Once unsuspended, shmuelhizmi will be able to comment and publish posts again.

Once unpublished, all posts by shmuelhizmi will become hidden and only accessible to themselves.

If shmuelhizmi is not suspended, they can still re-publish their posts from their dashboard.

Once unpublished, this post will become invisible to the public and only accessible to shmuelhizmi.

Thanks for keeping DEV Community 👩‍💻👨‍💻 safe. Here is what you can do to flag shmuelhizmi:

Unflagging shmuelhizmi will restore default visibility to their posts.