Around 9 and a half months ago I started working on a small idea I had, back then I thought to myself what if I could implement a full desktop environment with all the regular features of a desktop environment such as a full window manager and high-level abstractions of concepts like running apps and managing your desktop, but all with the exception of running in your web browser as a web app. 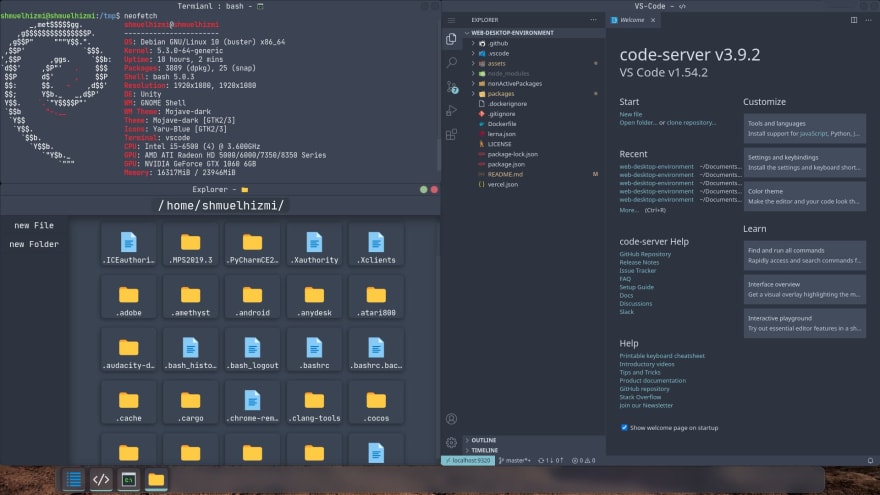 In theory, this may sound unnecessary (at the very least for some people), you could think to yourself, isn't the web much slower than my daily used blazing fast native CPP-based desktop environment?
or, what about support for all of the existing apps that weren't built to run on a web environment? well before I start and explain my solution to both those issue I want to start over and list the Pros I personally see in a web-based desktop environment -

now, what about the flows with a web desktop environment?
let's start with the performance issues -
well, the way why address those is by breaking the regular way people have been writing web applications for the last few years, instead of providing to the user with a client app that contains all of the app logic and supporting that logic flow with a rest/socket API to supply the native functionalities like must full-stack web apps do, we instead move all of the logic to the server and only provide the client with instructions of what the server wants him to currently render, this moves out all of the heavy calculation and stuff that relies heavily on multithreading away from the client to into the server and by doing so keeps the web lightweight, fast and eliminate the performance issue with running a complete desktop on the browser.

and what about the backward compatibility issue?
this is the hard one, I am working hard to find a way to enable support for x11 applications to run on the desktop environment but in the meantime and as of today (03.04.21) support for gtk3-apps to run via the broadway backend of gtk3 is already in the main branch and soon to be released to NPM. 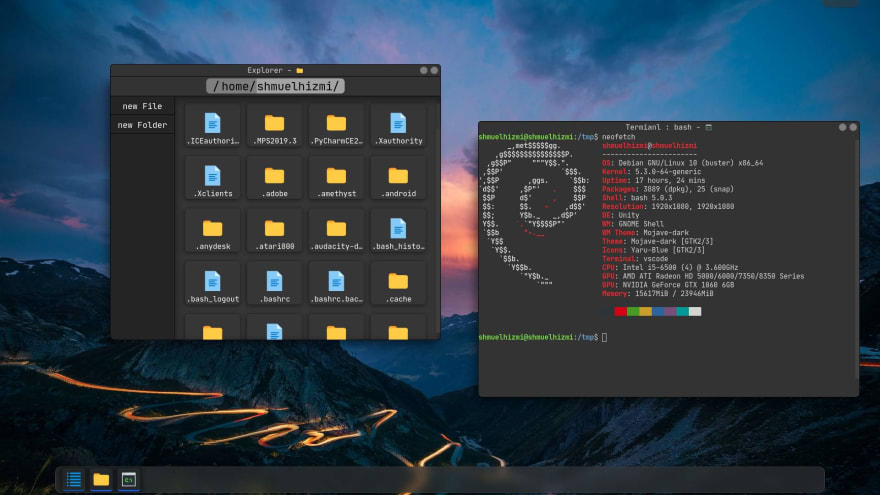 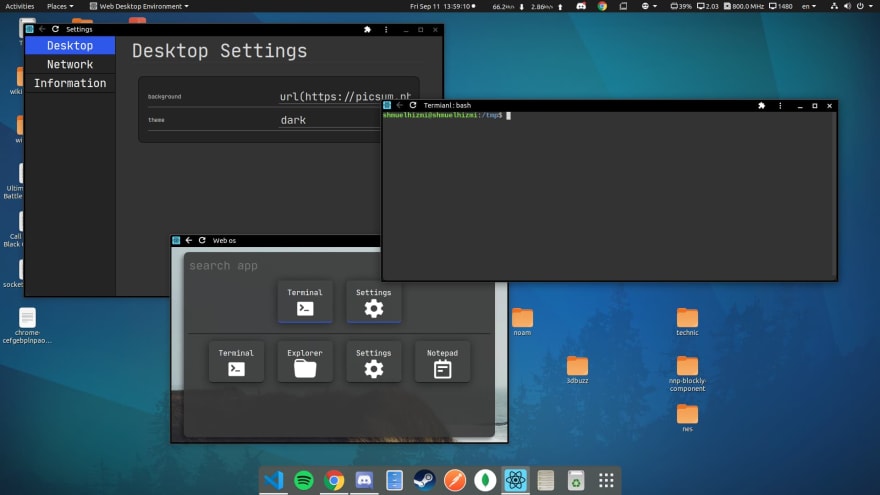 You can visit the live client side demo here https://web-desktop.app/demo , I can promise you that playing a bit with the themes can be quite fun!! 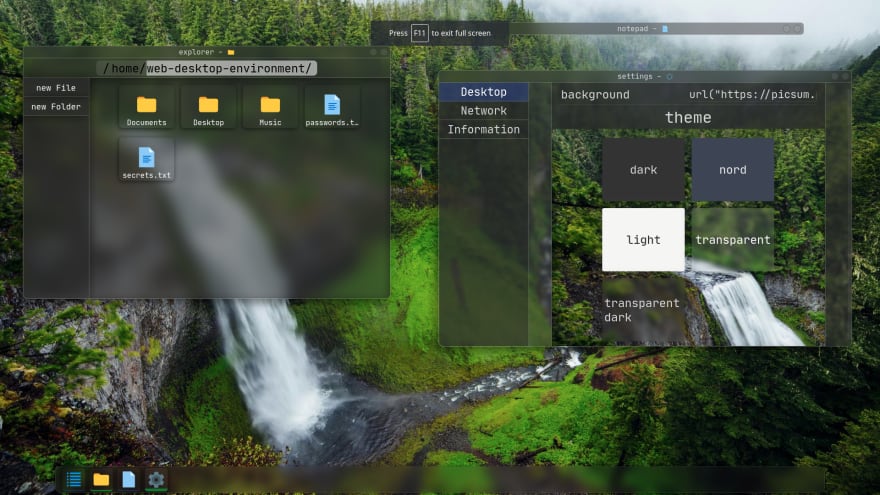 If you are looking to learn more, install the app or even just wanting to give me a star on GitHub 🙏 here is the link

A cross-platform desktop-environment with a web interface

Once suspended, shmuelhizmi will not be able to comment or publish posts until their suspension is removed.

Once unsuspended, shmuelhizmi will be able to comment and publish posts again.

Once unpublished, all posts by shmuelhizmi will become hidden and only accessible to themselves.

If shmuelhizmi is not suspended, they can still re-publish their posts from their dashboard.