This is a short exploration into the tidy tuesday dataset focused on the Federal R&D budget towards global climate change. The data has been extracted from a TidyTuesday dataset, which in return is moderately cleaned dataset from publicly available data. The analysis will show that NASA’s budget dwarfs the money going into other departments, and that the median spend towards climate change has been increasing since the year 2000.

Download R script : this is the entire script below.

The easypackages library allows quickly installing and loading multiple packages. Note: Uncomment the appropriate line if this library needs to be installed.

Reading in the data

Since this is a small dataset, the data can be read in directly from Github into memory.

We have 6 departments, and the remaining departments are lumped together as ‘All Other’.

The above can be found using the unique function.

Some Notes on the data:

An overview of missing data can be easily scrutinised using the plot_intro command, and actual numbers can be extracted using introduce. These functions are from the DataExplorer package. 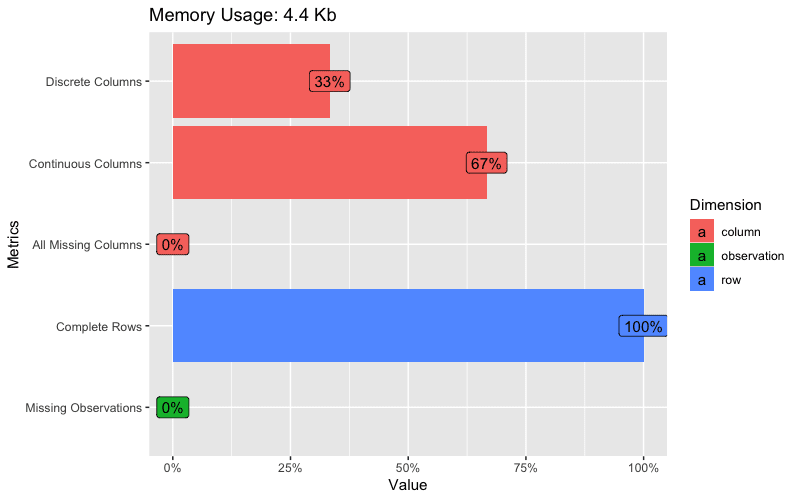 There are no missing values or NA’s.

For a quick look at the outliers, we can use a boxplot, using DataExplorer’s functions.

Note: this initial conditioning need not have involved the date manipulation, as the year extracted from a date object is still a double.

Applying some summary statistics to calculate the total spend per department, per year.

Lets see how much money has been budgeted in each department towards R&D in climate change from 2000 to 2017.

It is clear from here that the outlier department is NASA. Further exploration would be needed to understand the function of each department and the justification of this expenditure and the skew. For example, one might think the Interior department would not be able to produce R&D superior to NASA/NSF.

Function to plot a facet grid of the department spending

By using a function to complete the plot, the plot can be easily repeated for any range of years. It can also work for a single year.

The function below takes the following arguments:

The title of the plot includes the year range that is input above.

Visualizing department-wise spending over the years

Calling the function and passing in the entire date (year) range of 2000-2010. Note that for a single year, have both the arguments y_range_low and y_range_high equal to the same year.

NASA has the highest R&D budget allocation towards climate change, and one that is significantly higher than all the other departments put together. The median spending on R&D towards climate change has been increasing over the years, which is a good sign considering the importance of the problem. Some further explorations could be along the lines of the percentage change in spending per department every year, and the proportion of each department in terms of percentage for each year.

Storing your data in a Plotly Dash data dashboard

Once suspended, shrysr will not be able to comment or publish posts until their suspension is removed.

Once unsuspended, shrysr will be able to comment and publish posts again.

Once unpublished, all posts by shrysr will become hidden and only accessible to themselves.

If shrysr is not suspended, they can still re-publish their posts from their dashboard.

Once unpublished, this post will become invisible to the public and only accessible to Shreyas Ragavan.

Thanks for keeping DEV Community 👩‍💻👨‍💻 safe. Here is what you can do to flag shrysr:

Unflagging shrysr will restore default visibility to their posts.