Polyglot programming is the practice of writing code in multiple languages to capture additional functionality and efficiency not available in a single language. The use of domain-specific languages (DSLs) has become a standard practice for enterprise application development.

In this article, I will talk about that how can we can work with polyglot programming using MetaCall. 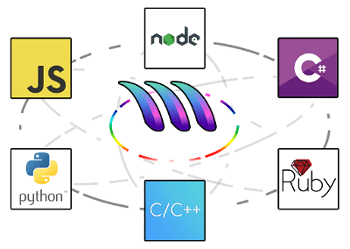 MetaCall is cross-platform. You can install it via Docker, Guix package manager, or even through a pre-compiled tarball. For this example, we can install it via curl using a Shell script. Go over to the terminal and enter the command:

This single command will install the MetaCall CLI and now you can use the metacall command to build a polyglot application. If you are looking to install MetaCall on Windows and Mac, you can read more about it on the official documentation.

You can also pull the MetaCall CLI through the DockerHub here by entering the command: 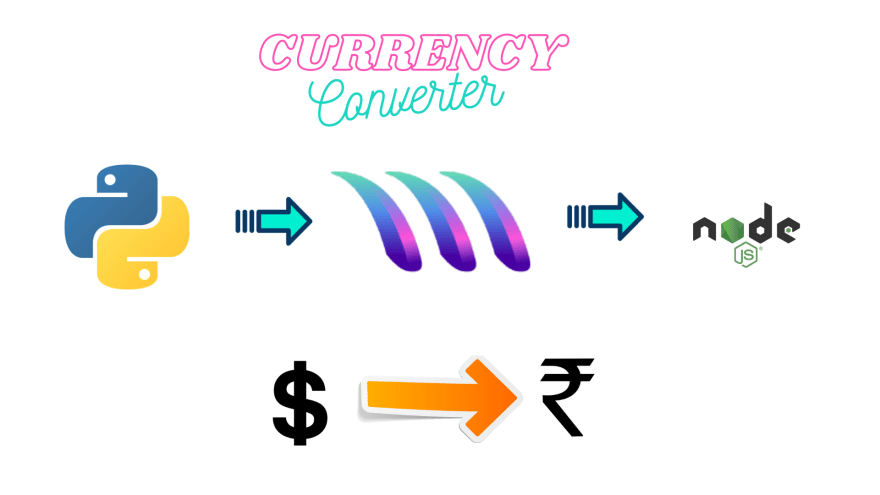 Let's build a simple Currency Converter using Metacall. The functionality would be dead simple. We will use a simple Python script to convert one currency form to another, (in this example USD to INR) and the requests library to take a Currency and return a requested converted Currency. However, there would be a twist: We will call this script using a Node script. Let's try it out.

We will first install the dependencies. MetaCall maintains its versions of package managers including, npm and pip to support portability. We will use pip with metacall to install the packages initially:

Once installed, we can now start leveraging the requests library to build a simple URL shortener script. Let's name the file main.py and type in the following:

Add Your API Key in Line 4. The functionality is very simple. We have defined a function named convertCurrency which takes a single parameter: currency (string). The string is then passed to the ExchangeRates API and using requests we fetch the shortened Currency using a GET request.

You can try out the script by passing a driver code. On launch, you will get a converted currency. Now that we have our currency converter script up and ready, we can call it from a Node script. Create a file named main.js and type in the following:

we have used the built-in require function to load the main.py file as the python script that we are using for our purpose to shorten the URL. You can launch the Node Script by pushing in:

On Running this in Terminal:

We will see the following output:

There are plenty of advantages while using MetaCall. With the above example, you can now deploy the application as an Application Programming Interface (API) over the MetaCall FaaS. Some of the core highlights include:

MetaCall makes use of an asynchronous multi-core I/O Model. It is more efficient than the traditional REST API-based architecture. The MetaCall FaaS can import the functions automatically, generate an API gateway, and with a metacall-file.json, you are now all ready to use your API at scale. In future articles, we will look, how we can deploy an application to the MetaCall FaaS from the ground up.

You can find the Github Repository containing full code here

Once suspended, siddhantkcode will not be able to comment or publish posts until their suspension is removed.

Once unsuspended, siddhantkcode will be able to comment and publish posts again.

Once unpublished, all posts by siddhantkcode will become hidden and only accessible to themselves.

If siddhantkcode is not suspended, they can still re-publish their posts from their dashboard.