Kubernetes is complex, as accepted by Google itself. If you need more proof, here is an interesting collection of Kubernetes failure stories. But Kubernetes is also a powerful container orchestration engine for automating deployment, scaling and management of containerized application. So the way forward is to make Kubernetes easier. 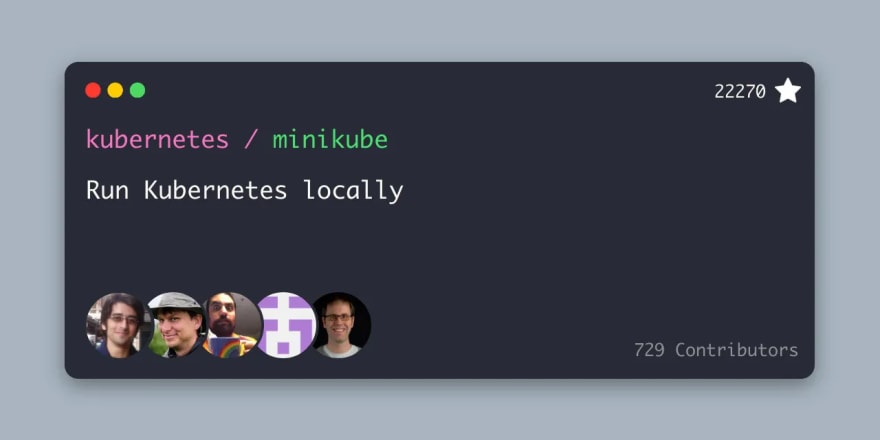 Kubebox is a terminal and web console for Kubernetes. It can be a great tool for Kubernetes admins. Some of its key features include: 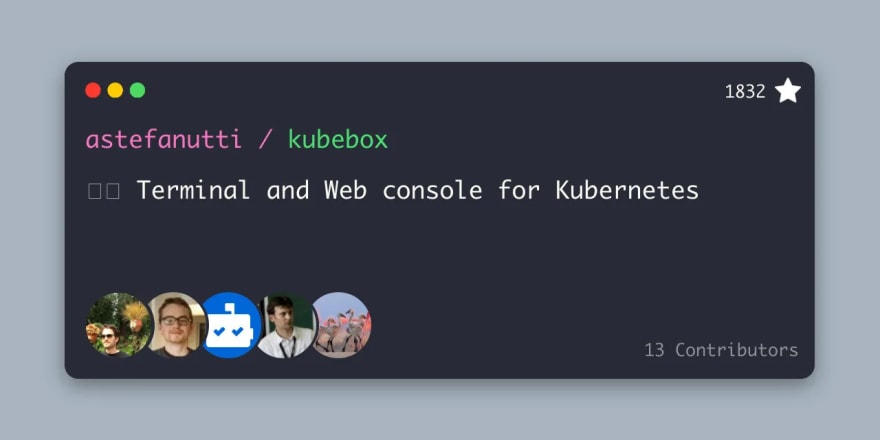 kOps is a popular Kubernetes operations tool. kOps is like a kubectl for clusters. It can help you create, destroy, upgrade and maintain production-grade, highly available Kubernetes cluster. 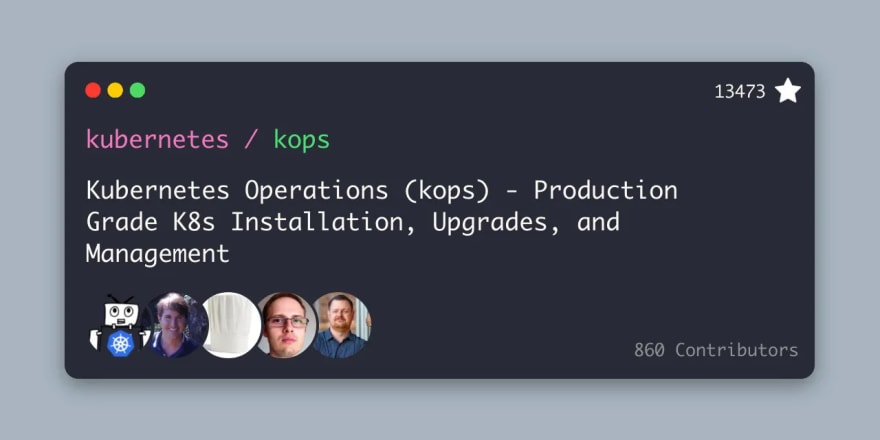 Kube-burner is a tool aimed at stressing kubernetes clusters. Its functionalities can be summarized in these three steps: 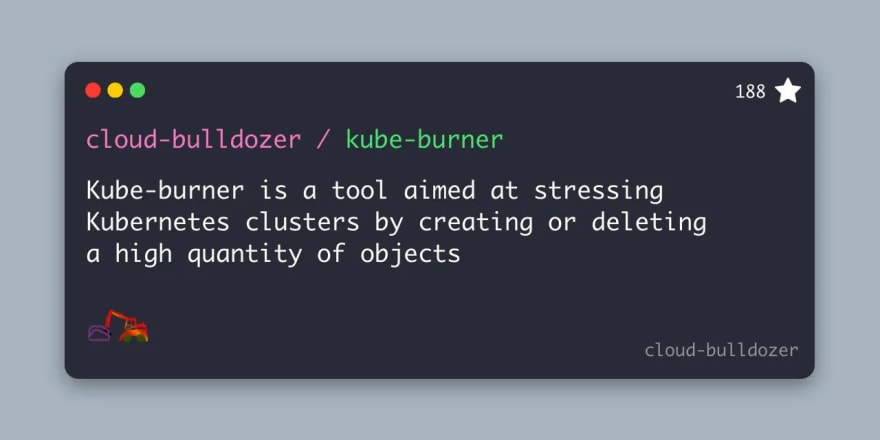 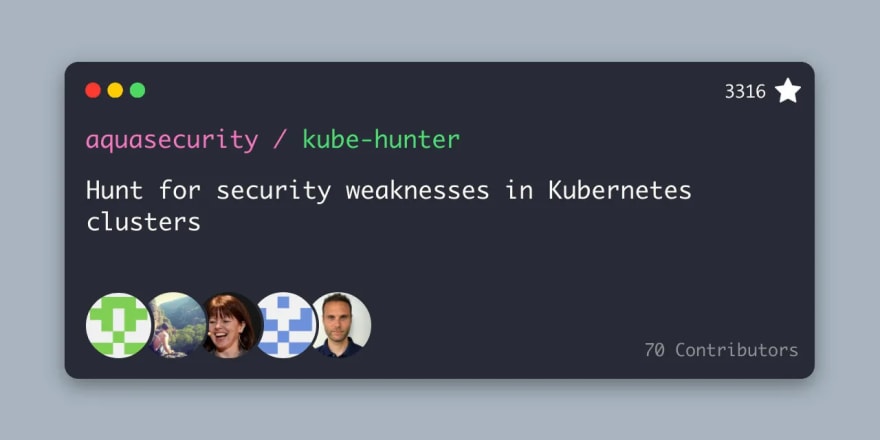 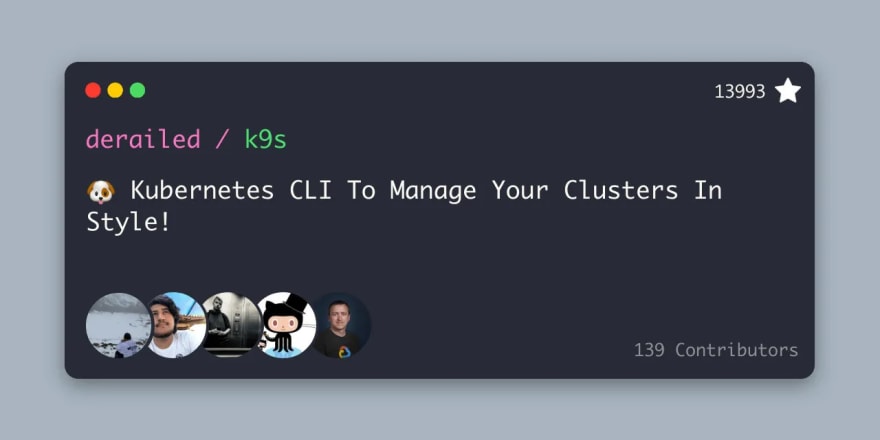 K3s is a lightweight version of Kubernetes in a single binary less than 100MB. It is designed for production workloads in unattended, resource-constrained, remote locations or inside IoT appliances. 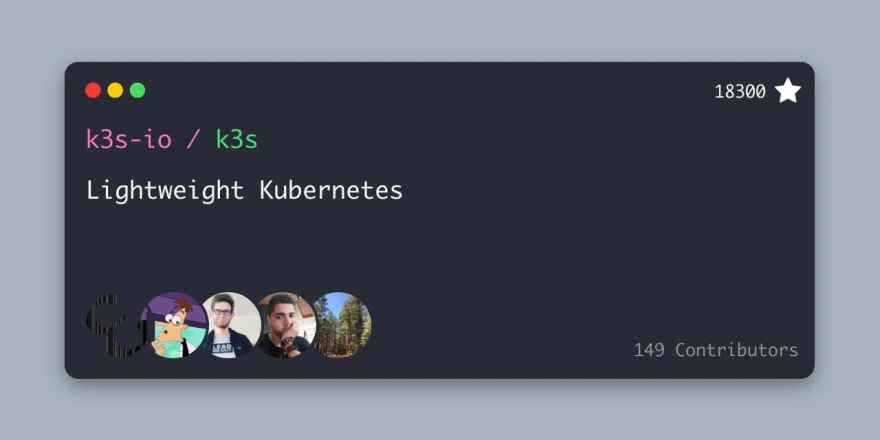 Helm is a popular open-source package manager for Kubernetes. It is used to create reproducible build of your Kubernetes applications. Using Helm, you can: 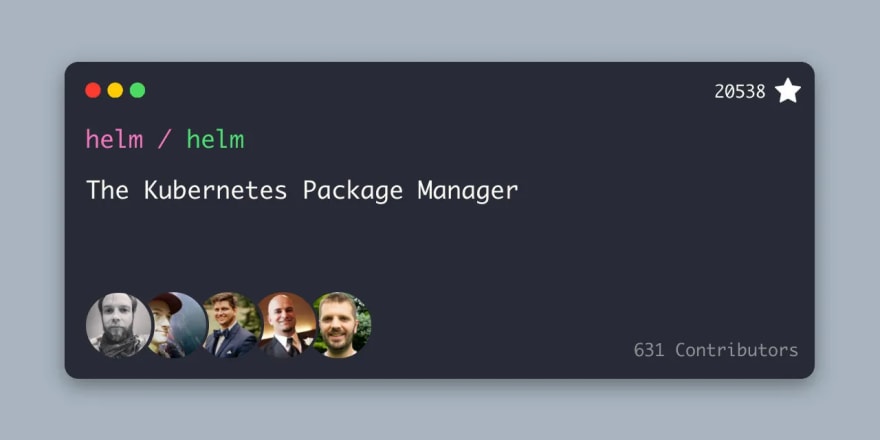 Nacos is a platform tool used for dynamic service discovery, service configuration and traffic management. It supports discovering, configuring and managing almost all types of services. Some key features of Nacos includes: 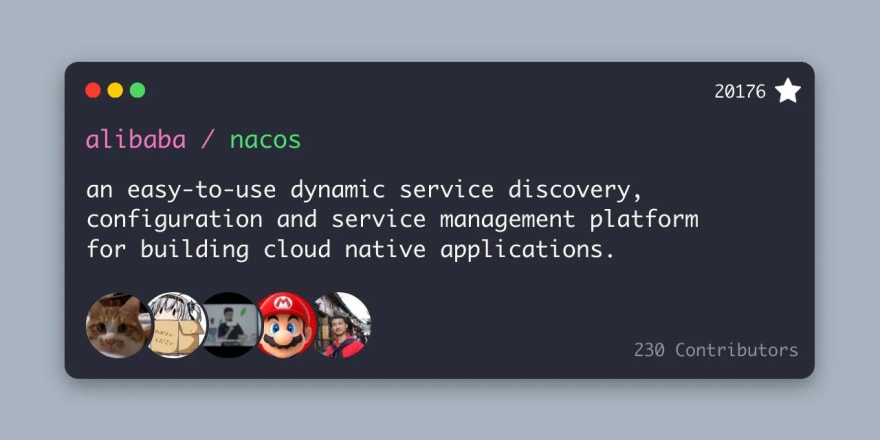 Kaniko is a tool created by Google(not officially supported by Google) that is used to build container images from a Dockerfile, inside a container or Kubernetes cluster. It makes container building easier on Kubernetes.

Kaniko doesn't depend on a Docker daemon and executes each command within a Dockerfile completely in userspace. This enables building container images in environments that can't easily or securely run a Docker daemon, such as a standard Kubernetes cluster. 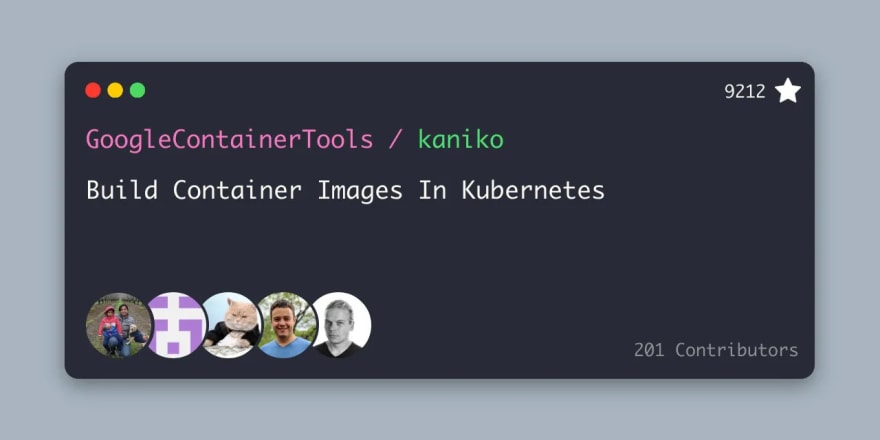 Kube-monkey randomly deletes k8s pods in the cluster to encourage the development of failure-resistant services. 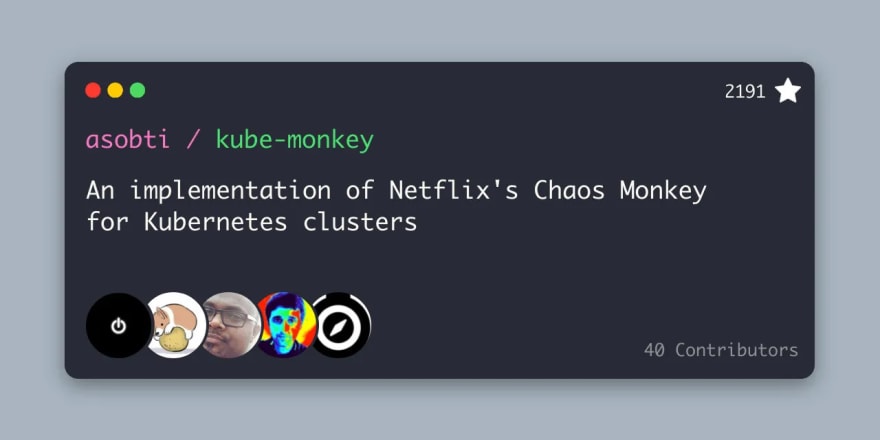 Teleport is available as a single binary that can be used to enable secure access to SSH nodes, kubernetes clusters, web apps, PostgreSQL and MySQL databases.

Some of the key features of Teleport includes: 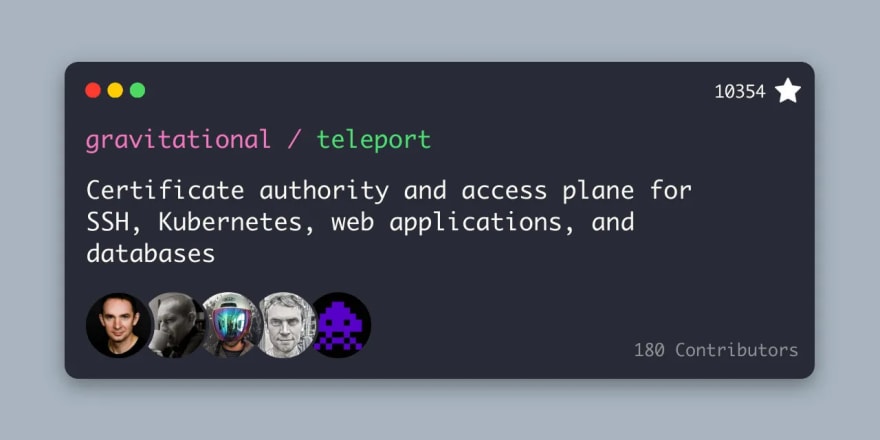 Kubespray can be used to deploy a production-ready Kubernetes cluster. Some of the key features of Kubespray includes: 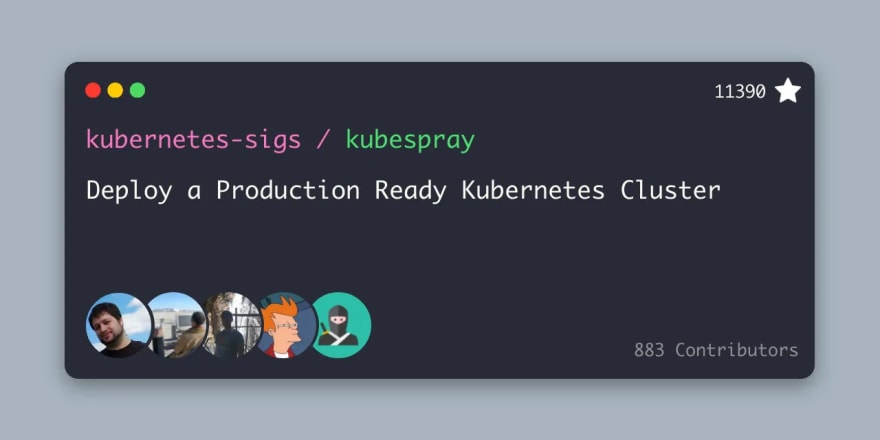 Kube-bench can be used to check whether Kubernetes is deployed securely by running the checks documented in the CIS Kubernetes benchmark. CIS benchmarks are best practices for the secure configuration of a target system. Kube-bench implements CIS benchmarks as closely as possible.

Tests can be configured with YAML files making it easy to update as test specifications evolve. 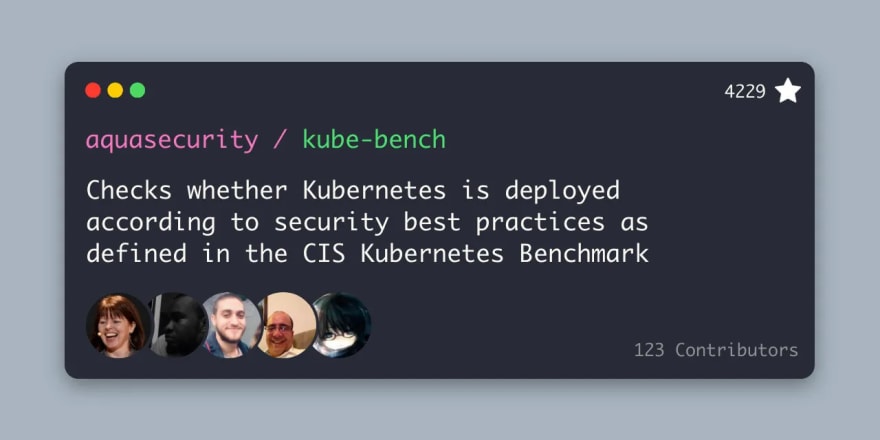 Quay can be used to build, store and distribute your applications and containers. Its container image registries let you store container images in a central location.

Admin users can perform a broader set of tasks, such as the ability to add users and control default settings. 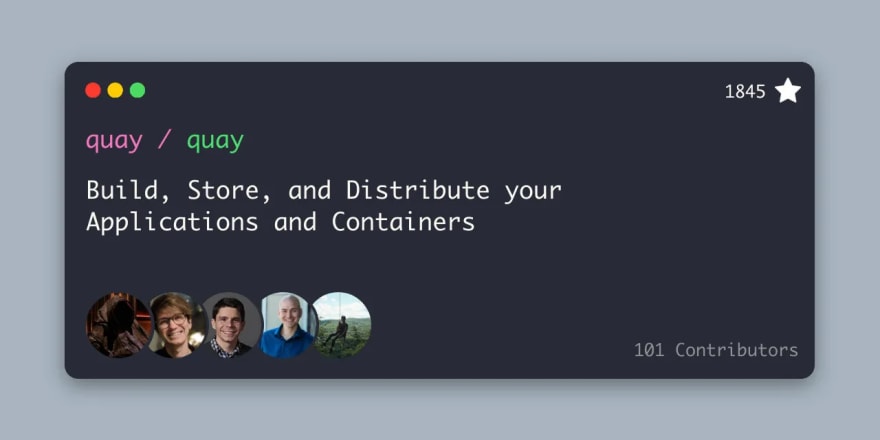 Kube-applier enables continuous deployment of Kubernetes objects by applying declarative configuration files from a Git repository to a Kubernetes cluster.

It runs as a Pod in a Kubernetes cluster and watches the Git repo to ensure that the cluster objects are up-to-date with their associated spec files (JSON or YAML) in the repo. 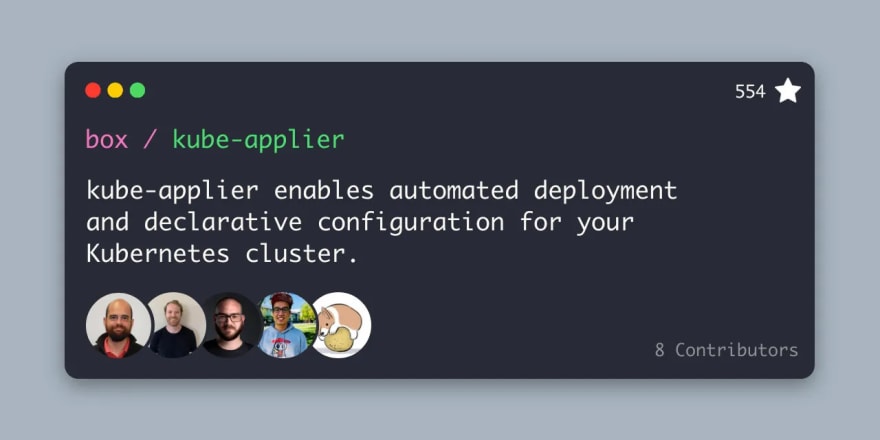 Kubetail is a simple bash script that allows you to tail multiple pods simultaneously in an easy manner. 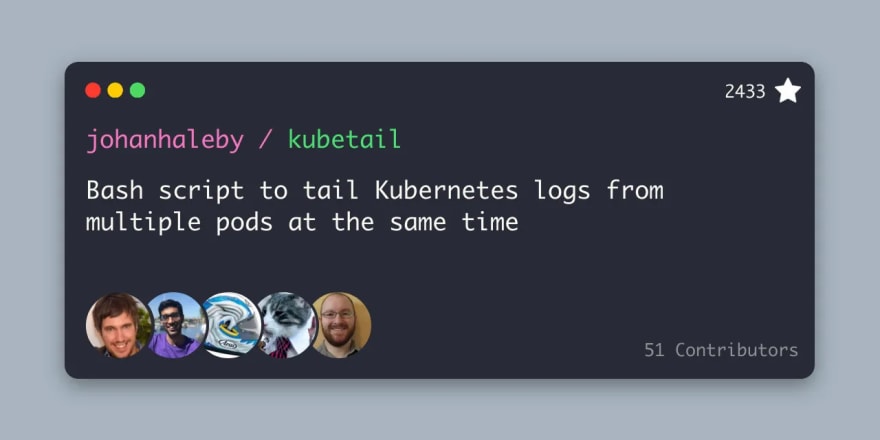 Kube-state-metrics enables you to get metrics based on the current state of Kubernetes native resources. It is a simple service that listens to the Kubernetes API server and generates metrics about the state of the objects. A few example metrics captured by kube-state-metrics are: 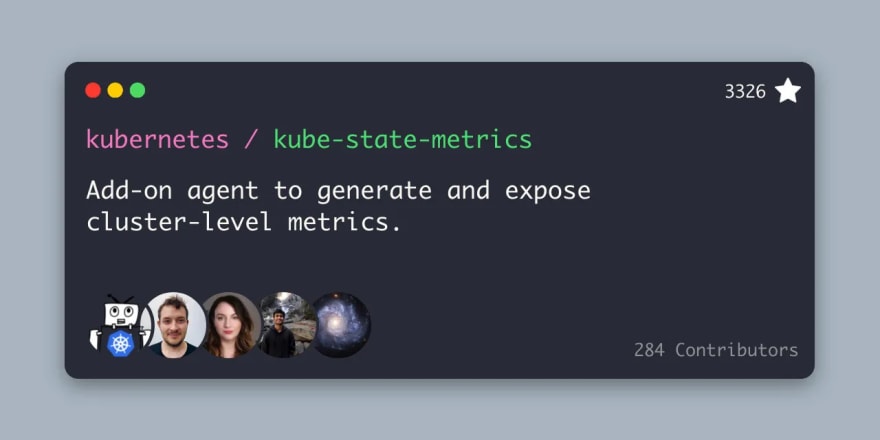 Kubeval is used to validate Kubernetes configuration files. It can be used locally as part of the development workflow as well as in CI pipelines. 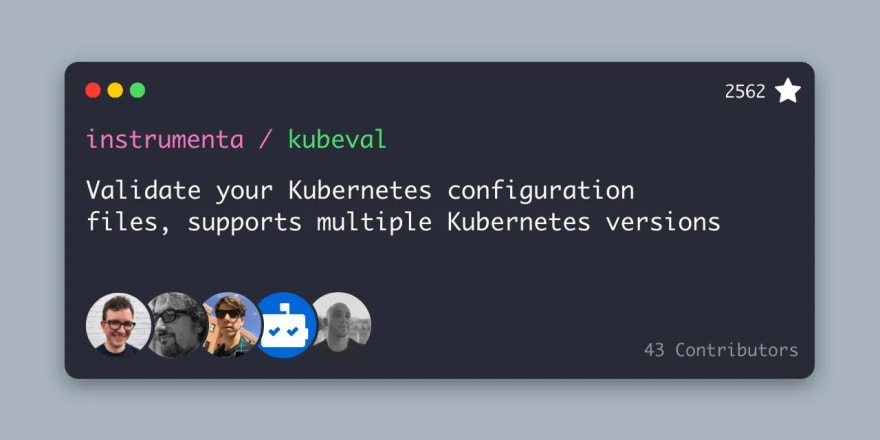 This is a handy tool that lets you add the current Kubernetes context and namespace configured on kubectl to your Bash/Zsh prompt strings (i.e. the $PS1). It can be installed using Homebrew package manager. 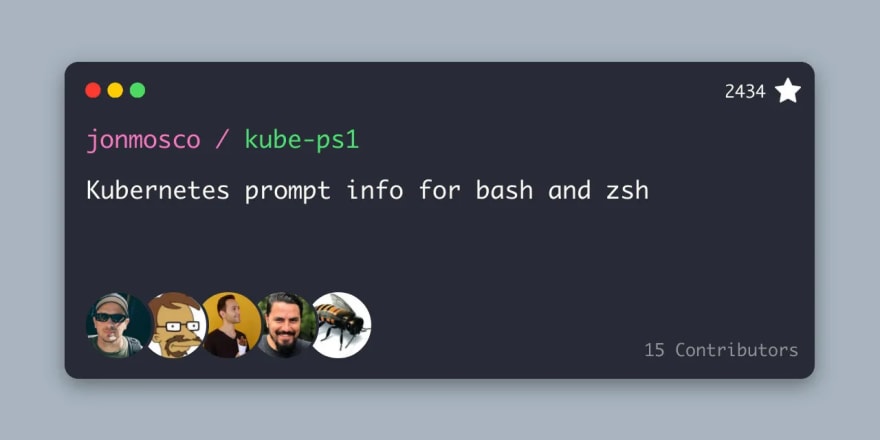 Kubectx provides an easier and a faster way to switch between clusters back and forth. 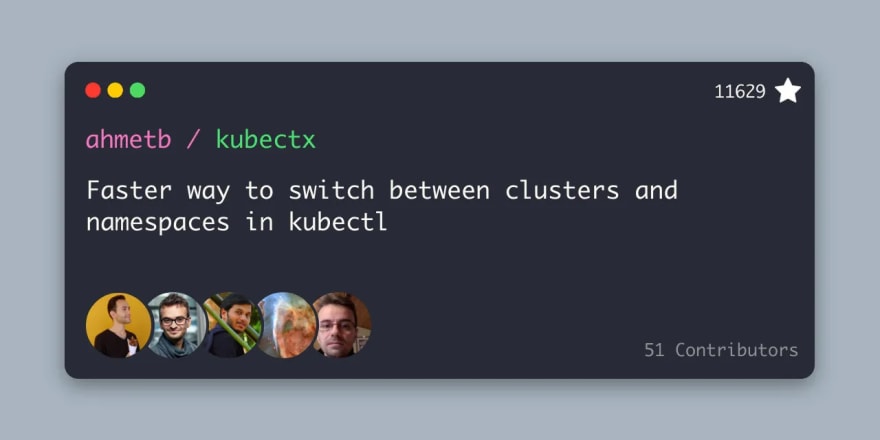 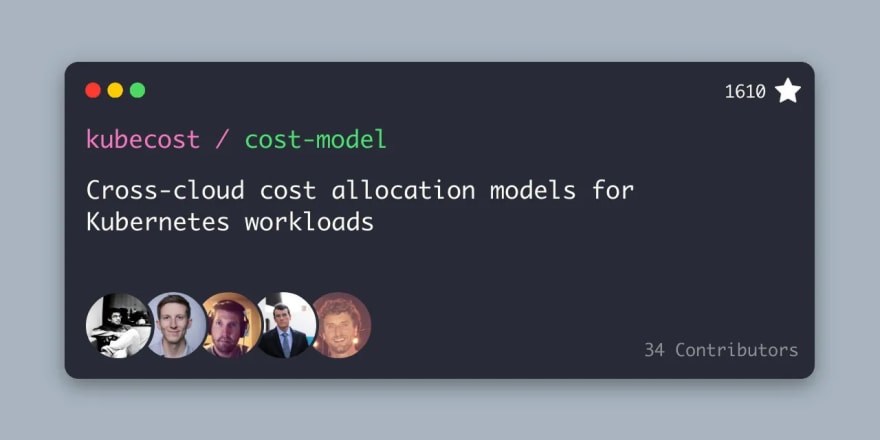 KubeDB is used to run production grade databases on Kubernetes. It simplifies and automates routine database tasks such as provisioning, patching, backup, recovery, failure detection and repair for various popular databases on private and public clouds. 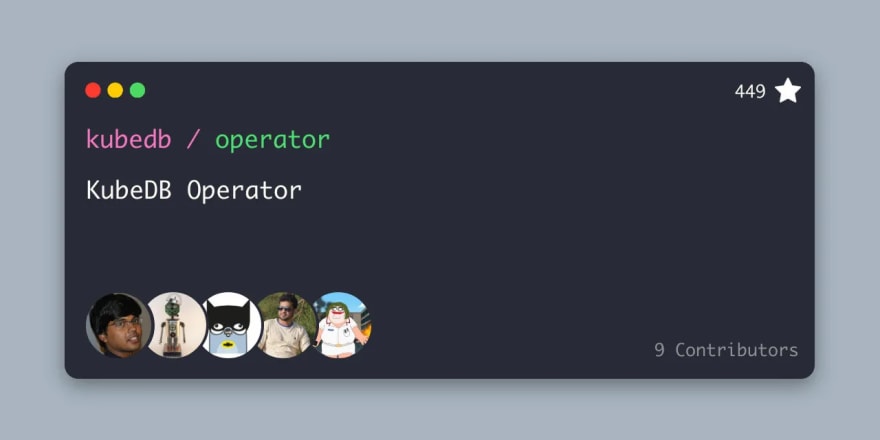 Skaffold is a tool by Google that facilitates continuous development for kubernetes applications. You can iterate on your application source code locally then deploy to local or remote Kubernetes clusters.

Skaffold then handles the workflow for building, pushing and deploying the application. It also provides building blocks and describe customizations for a CI/CD pipeline. 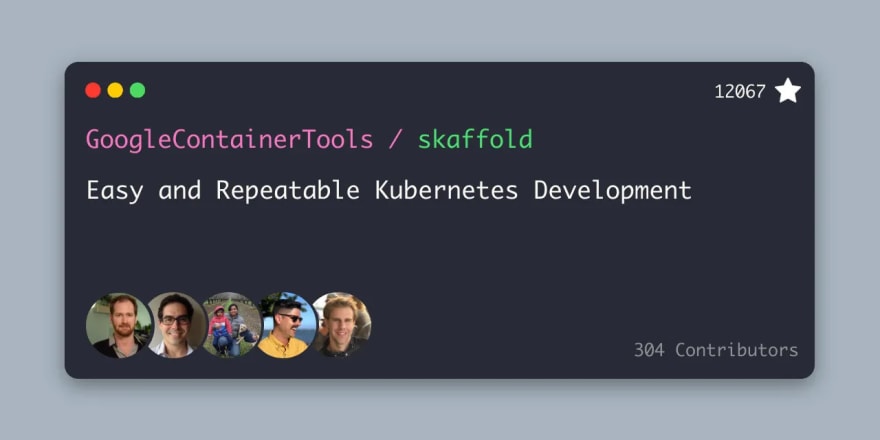 Tilt is a tool focused on microservice development. Using Tilt you can configure a dev environment for your team. Some of key features of Tilt includes: 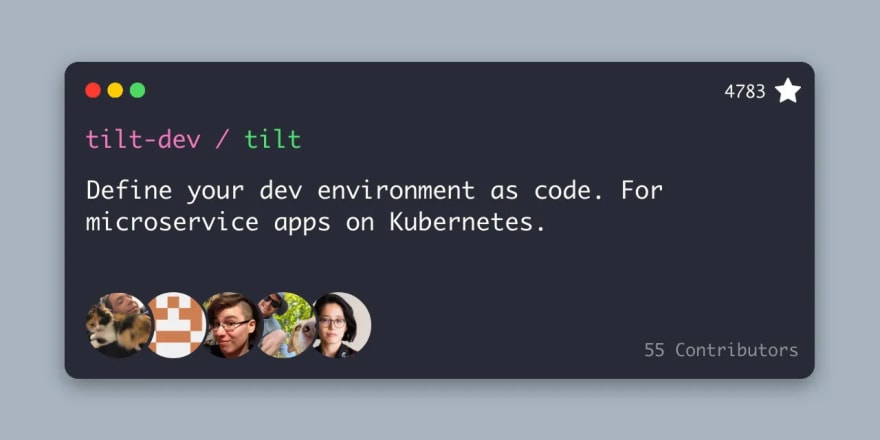 Kubernetes Dashboard is a general purpose, web-based UI for Kubernetes clusters. Provided by Kubernetes, it allows users to manage applications running in the cluster and troubleshoot them, as well as manage the cluster itself.

The dashboard can be used to get an overview of applications running on your cluster. It can also create or modify individual Kubernetes resources such as deployments, dobs and daemonsets. 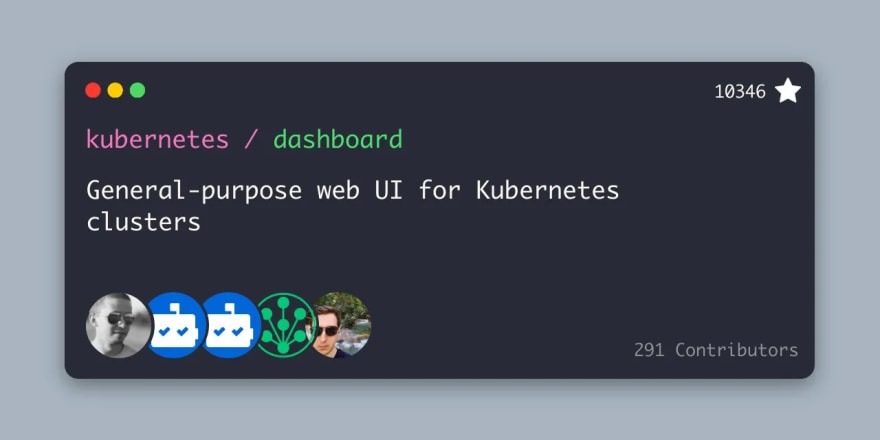 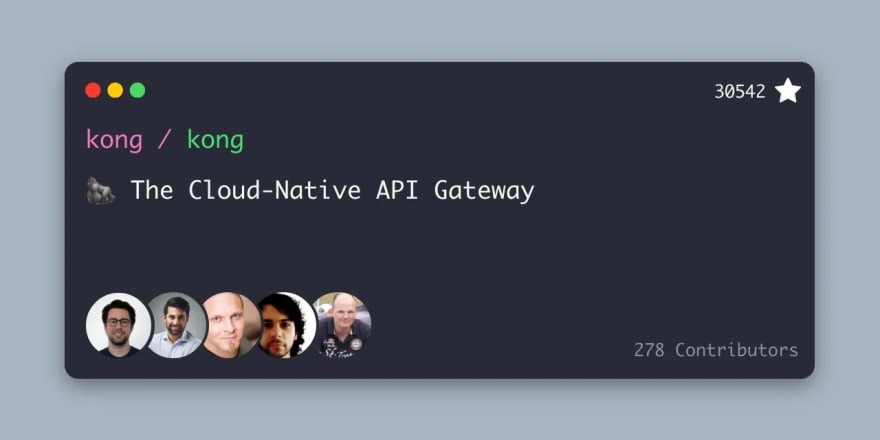 Hope you enjoyed the list. We are currently building SigNoz - an open-source full-stack APM. By full-stack, we mean it can be used for metrics, logs and distributed tracing in a single pane of glass. SigNoz uses OpenTelemetry for code instrumentation, which is quietly becoming the world standard for generating telemetry data.

If this sounds interesting to you, check out our GitHub repo 👇 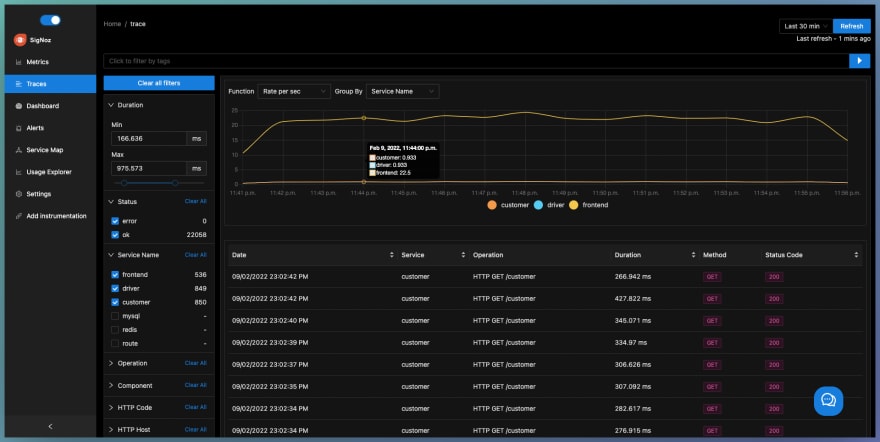 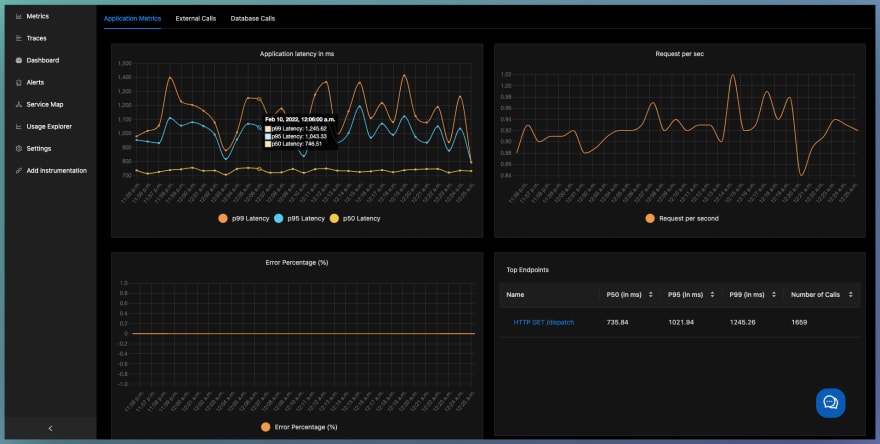 Once suspended, signoz will not be able to comment or publish posts until their suspension is removed.

Once unsuspended, signoz will be able to comment and publish posts again.

Once unpublished, all posts by signoz will become hidden and only accessible to themselves.

If signoz is not suspended, they can still re-publish their posts from their dashboard.

Thanks for keeping DEV Community 👩‍💻👨‍💻 safe. Here is what you can do to flag signoz:

Unflagging signoz will restore default visibility to their posts.