Data scientists employ a wide range of algorithms to receive and analyze input data to predict output values within an acceptable range. The more experience a data scientist gains, the more they know the right algorithm to use for each problem.

Random Forest is one of the extremely useful algorithm since it works for both classification and regression tasks.

In this article, you'll learn all you need to know about Random Forest. We'll cover:

What is Random Forest?

Before we explore more details in Random Forest, let's break down the keywords in the definition;

Understanding these keywords will make you understand the concept of Random Forest, we initiate with;

A good example of supervised learning problems is predicting house prices. First, we need data about the houses: square footage, number of rooms, features, whether a house has a swimming pool or not and so on. We then need to know the prices of these houses, i.e. the corresponding labels. Using the data coming from thousands of houses, their features and prices, we can now train a supervised machine learning model to predict a new house’s price based on the examples observed by the model.

Classification is the process of finding a model that helps in the separation of data into multiple categorical classes (discrete values).

Regression is the process of finding a model that distinguishes the data into continuous real values rather than classes or discrete values.

A simpler way to distinguish both, remember that classification uses discrete values (yes or no, 1 or 0, etc) while regression uses continuous values.

As said earlier on, Random Forest model combines multiple decision trees to make a 'forest'. A decision tree is a decision support tool that uses a tree-like model of decisions and their possible consequences, including chance event outcomes, resources cost and so on.

A decision tree algorithm divides a training dataset into branches, which further segregate into other branches. This sequence continues until a leaf node is attained. The leaf node cannot be segregated further. 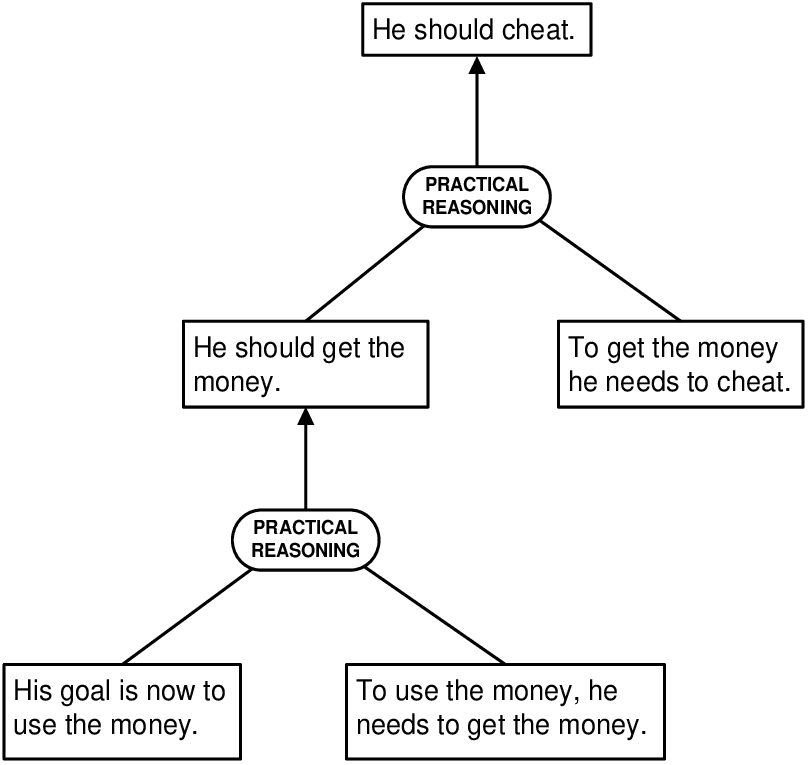 What Random Forest is used for?

In banking to predict customers who are more likely to repay their debts also those who will use the bank's services more frequently.

In health care, Random Forest can be used to analyze a patient's medical history to identify the sickness. Also in the study of genetics.

Before we look into how Random Forest works, we need to look into the "ensemble" technique as used in the definition of Random Forest. Ensemble means combining multiple models. Thus a collection of models is used to make predictions rather than an individual model. Ensemble uses two types of methods ;

An ensemble method combines predictions from multiple machine learning algorithms together to make more accurate predictions than an individual model.

Variance is an error resulting from sensitivity to small fluctuations in the dataset used for training. High variance will cause an algorithm to model irrelevant data, or noise, in the dataset instead of the intended outputs, called signal. This problem is called overfitting. An overfitted model will perform well in training, but won’t be able to distinguish the noise from the signal in an actual test.

Step I: In Random Forest, number of random records(n) are taken from the data set with a number of records(k).

Step II: Individual decision trees are constructed for each sample.

Step III: Each decision tree will generate an output.

Step IV: Final output is considered based on Majority Voting or Averaging  for Classification and regression respectively. 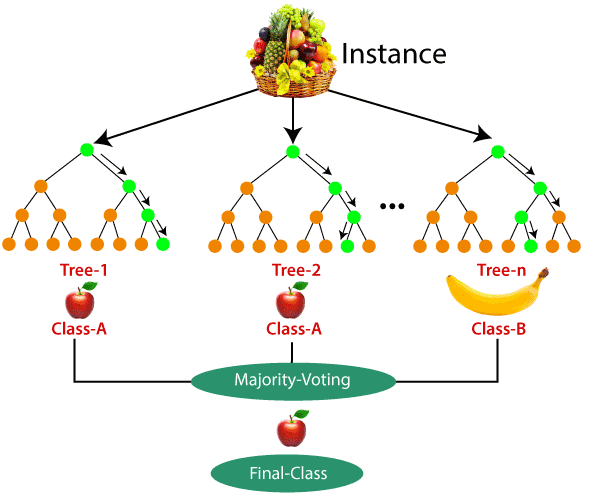 To increase the predictive power:

To increase the model's speed:

How to execute Random Forest with lines of code

Now, let's understand how to implement Random Forest with lines of code.

Random Forest is more efficient than a single decision tree when performing analysis on a very large databases. Also, Random Forest produces a great result without hyperparameter tuning. The following are advantages of using Random Forest:

Random Forest is really useful, talk about the avengers of algorithms!

Like every other thing, Random Forest also has some draw backs;

Simi
CHALLENGE: Describe AI in five words or less.
#discuss #ai #watercooler
Why I Decided to Invest in My Portfolio as a Junior Developer
#webdev #career #codenewbie #help
5 Life-Changing Lessons I Learned From Being Laid Off That Will Put You Ahead Of 97% Of People
#beginners #productivity #motivation #codenewbie

Once suspended, simi will not be able to comment or publish posts until their suspension is removed.

Once unsuspended, simi will be able to comment and publish posts again.

Once unpublished, all posts by simi will become hidden and only accessible to themselves.

If simi is not suspended, they can still re-publish their posts from their dashboard.

Once unpublished, this post will become invisible to the public and only accessible to Simi.

Thanks for keeping DEV Community 👩‍💻👨‍💻 safe. Here is what you can do to flag simi:

Unflagging simi will restore default visibility to their posts.