This post was originally published on my blog. Please read the post, How to read cleaner functions.

I bet you have, every once in awhile, gone through a small piece of code trying to figure out that why was the given function written in a way it is written. Almost all companies have this service which just works and nobody wants to touch it and most of the time it is due to the bad way in which the code was written.

In this post, we are going to talk about writing clean functions and eventually reducing the technical overhead. 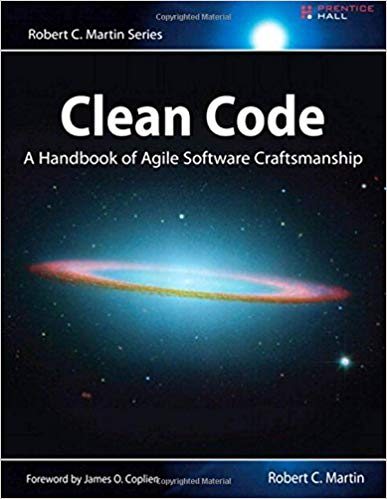 A few days ago I went through a book called, Clean code. Although I was not able to complete the full book, I was able to go through a few of the chapters one of which was,

How to write clean functions.

Here are the learnings of the chapter.

Functions should not be large.

Proper indentation and usage of blocks will take to long-distance while programming in a production system. Although this part is very much imposed in Python but keeping a style guide for a company is a good way to go.

You can feel the difference in the above examples.

Every function should do only one thing.

Generally speaking, a function should only do one thing which should be self-explanatory from the name of the function. You should never stop yourself from writing longer names for your function if it self-explains itself.

We should not be able to divide a function into sections.

Another way to put in that a function should generally be doing only one thing.

One level of abstraction in all functions: Single level of a loop or if/switch statements.

The number should be generally kept at a lower value.

The code must be read from top to bottom.

I know this is hard for a number of people. Initially, even I used to follow the opposite rule. But after reading the book, I was able to reason this.

While reviewing the code people tend to start from the top slowly move toward the end. So it makes sense to start everything from the top and move down as you keep writing it.

Switch statements should be avoided.

It's good to avoid switch statements as much as you can. Better to use dict( Python), Map/ Object (Javascript).

Although sometimes it's hard to change switch statements to something like this. Always prefer readability over speed if the differences in the speed are not that large.

We have already discussed this. We should always choose better names for the functions. Descriptive names will go a long way rather than some random docstring for the function.

A lesser number of function arguments should be there.

The number of arguments should be lower. And if you are writing the class method, better to make it an instance variable.

Note: Try to avoid flag arguments. This means function does more than one thing.

Function with one argument. Always try to write Monadic functions whenever possible.

Functions with three arguments. Try not to write as much as possible. It's better to wrap those arguments in their own class if the number of arguments starts increasing a given number.

where a center is an object of the class Centre, makes a lot of sense.

For monads: Choose a combination of verb + noun:

Example: writeField(name), explains that name is written to a field.

Have no side effects

Side effects mean changing the value of the class argument/ Global argument/ passed argument. All these types of changes must be avoided.

Functions should either do something or answer something but should never do both.

This is called Command Query Separation.

Extract the bodies of the try-catch statements into functions.

Note: One great idea is to write long and bad function first, then writing tests for every line of code. Then refining the code and still not allowing the tests to fail.

Once suspended, singh1114 will not be able to comment or publish posts until their suspension is removed.

Once unsuspended, singh1114 will be able to comment and publish posts again.

Once unpublished, all posts by singh1114 will become hidden and only accessible to themselves.

If singh1114 is not suspended, they can still re-publish their posts from their dashboard.

Once unpublished, this post will become invisible to the public and only accessible to Ranvir Singh.

Thanks for keeping DEV Community 👩‍💻👨‍💻 safe. Here is what you can do to flag singh1114:

Unflagging singh1114 will restore default visibility to their posts.