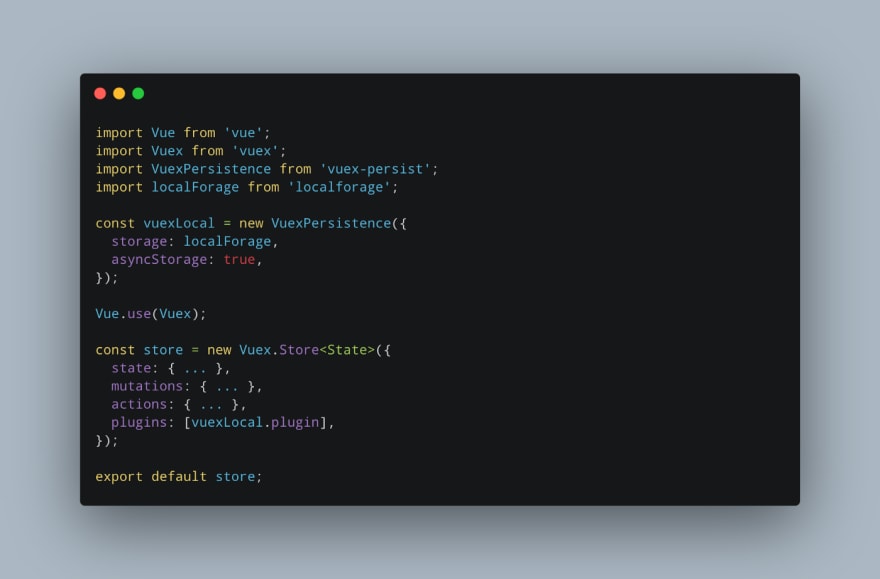 Wortharead, a blogs aggregator app that assembled the largest DB of 20,000+ Substack newsletters, uses Vuex to store and manage the shared state of all Vue components, such as the articles in the Today Feed, feeds followed by the user, and articles recommended in the Explore section. However, when using Vuex out-of-the-box, the Vuex state is lost and reset to default when the page is refreshed, causing unnecessary network requests.

This article will talk about how we initially solved this problem using LocalStorage and later how and why we migrated to IndexedDB (hint: LocalStorage only lets you store 5MB of data). 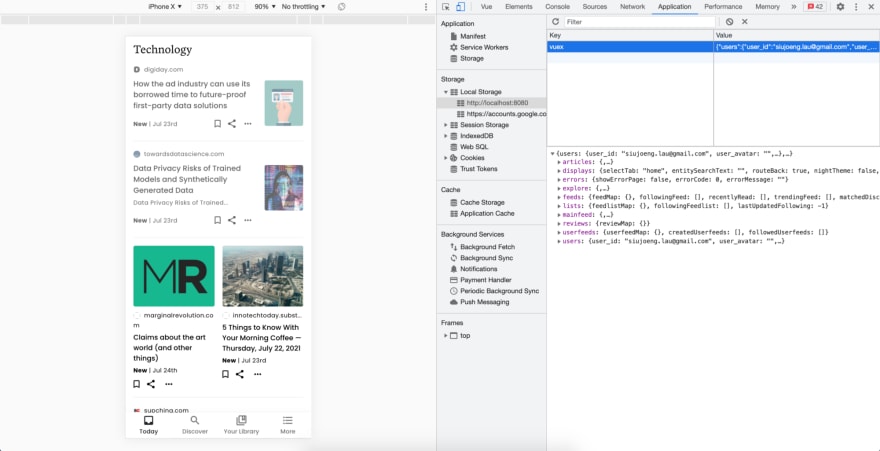 To persist and rehydrate the Vuex state between page reloads, we initially chose to save the state to LocalStorage after each mutation and read the data from it when the page is reloaded. The vuex-persist plugin implements this functionality and provides extensive TypeScript type declaration.

To use it, install the plugin and import VuexPersistence from vuex-persist. Set storage to window.localStorage and register vuexLocal.plugin as a Vuex plugin. Refresh the page and then the state will be saved to LocalStorage. 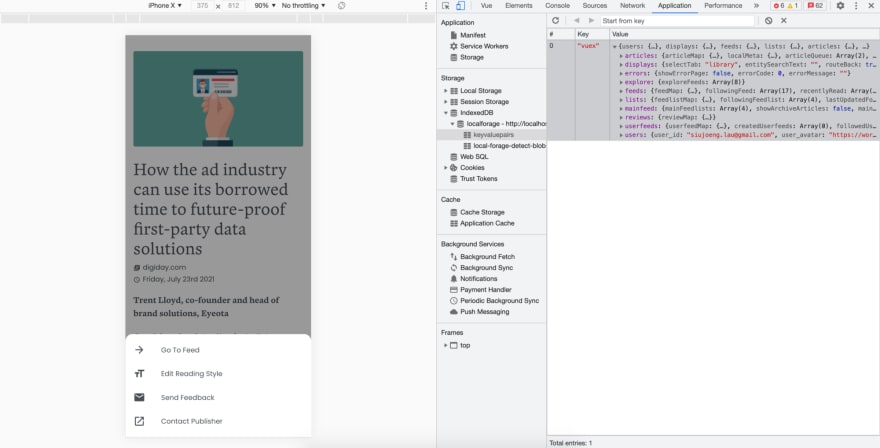 After several iterations, Wortharead decided to save article content storage in Vuex to ensure that users can read cached articles offline. Since LocalStorage is limited to about 5MB, the large amount of article data quickly exhausted the storage quota, causing unpredictable errors. Therefore, we chose to migrate the persisted state to IndexedDB.

When we first attempted to use this library, it seemed to work: data was being successfully stored and the app worked. However, on a page refresh, the data disappeared. We worried that the migration to IndexedDB may not be so easy. After some exploration though, we figured out the issue.

Since localForage is promise-based storage, the state will not be immediately restored into Vuex. It will go into the event loop and will finish when the JS thread is empty, which could invoke a delay of few seconds. vuex-persist injected a restored property to the store object, which contains a Promise that will be resolved after the state is restored. The beforeEach() hook in vue-router could cause the app to wait for vuex-persist to restore the state before taking any further actions.

Once suspended, siujoeng_lau will not be able to comment or publish posts until their suspension is removed.

Once unsuspended, siujoeng_lau will be able to comment and publish posts again.

Once unpublished, all posts by siujoeng_lau will become hidden and only accessible to themselves.

If siujoeng_lau is not suspended, they can still re-publish their posts from their dashboard.

Once unpublished, this post will become invisible to the public and only accessible to Xiaoyang Liu.

Thanks for keeping DEV Community 👩‍💻👨‍💻 safe. Here is what you can do to flag siujoeng_lau:

Unflagging siujoeng_lau will restore default visibility to their posts.