Over the last decade, gaming has transformed into a mainstream activity enjoyed by millions across the globe. And while AAA game developers are responsible for many of the games we enjoy today, indie developers have seen a big increase in attention as well.

It’s undeniable that the gaming world will continue to grow and evolve, and big companies recognize that as well. Companies like Amazon have spent billions of dollars to gain exposure to the video game market, and for good reason. The video game industry is estimated to be worth around $268 billion by 2025.

That just goes to show how lucrative the gaming industry can be. But game development can be pretty exclusive and difficult to break into on your own. Not only do you have to know how to code, but you’re also responsible for implementing the game engine, graphics, animation, and much more.

The process is incredibly time-consuming and could often take years to construct a simple game. Soba World has set out to change that by bringing the world of game development to just about anyone.

What is Soba World?
Soba World is a robust game development platform that offers an all-in-one solution for new and existing developers. The platform provides numerous tools and pre-made assets to make the entire process simple and straightforward.

But that’s not even the best part. Soba World completely removes any requirements for coding by providing a simple drag and drop logic system. What does that mean? It means you can get the same kind of customizability you’d get with code, without having to learn a coding language. 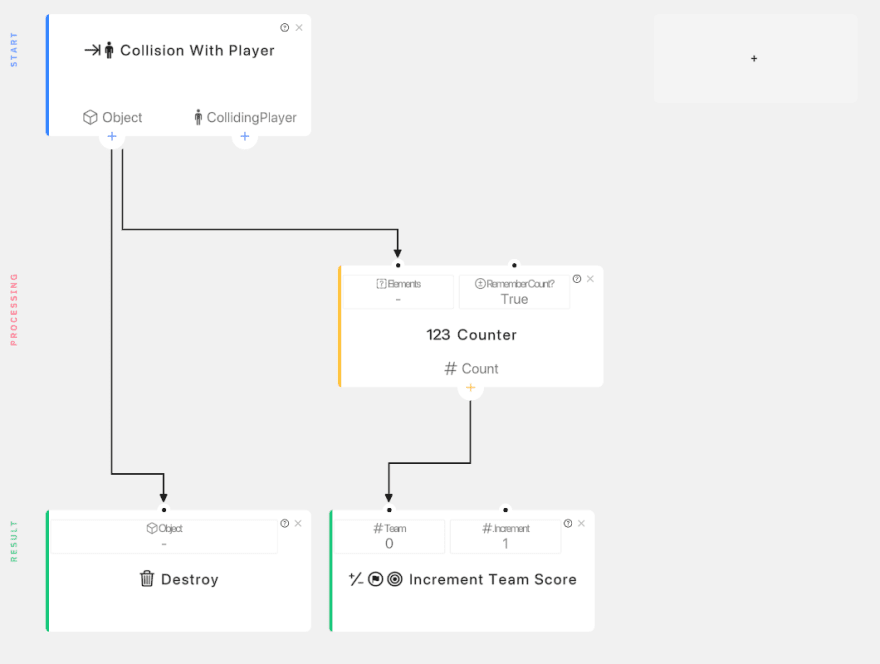 The logic system is incredibly intuitive and easy to understand. While some of the terminologies might be a little confusing to some, spending a little time within the editor will quickly solve that. And if you still have questions, you can always join the Soba World Discord where help is always available.

Prebuilt assets
Soba World makes things even easier with an ever-growing library of pre-made assets and logic. So building a world can be as easy as selecting an object, dragging it to where you want it, and then hitting play.

For example, when you first launch the editor you will immediately have access to several logic items. These items are pre-programmed to interact with the characters so you don’t even need to add any logic.

But don’t worry, you aren’t locked into their pre-programmed state either. Soba World allows you to edit the built-in logic so it can interact any way you want.

As an example, this is what the prebuilt logic of the Score Coin looks like. 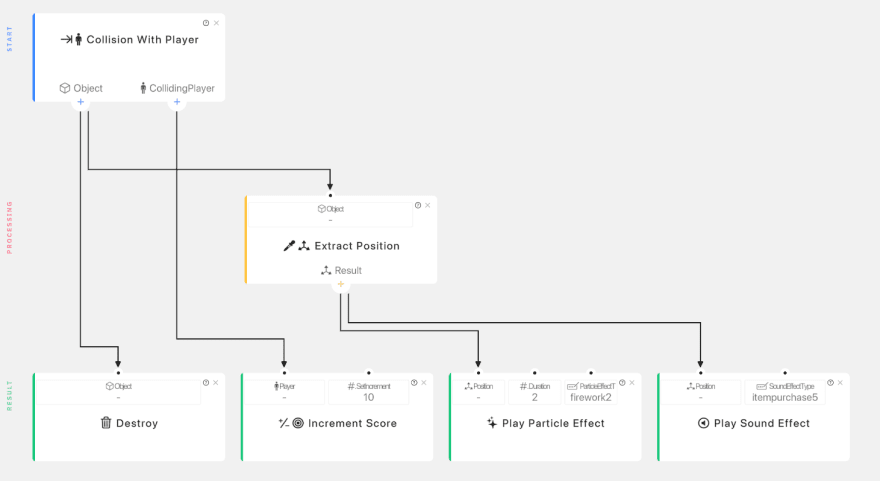 Pre-built objects make it incredibly quick and easy to make your game without too much hassle. In fact, with objects like the Score Coin, you could build a game in a matter of minutes and start playing it with your friends.

Speaking of playing with friends, let’s talk about some of the other awesome features.

Multiplayer AND Multiplatform
Multiplayer functionality has been built directly into the platform itself. That means you can build games and enjoy them with your friends as well as the rest of the Soba community. Soba World also offers a multiplatform experience so you can enjoy your game on a variety of devices and operating systems.

But the multiplayer functionality goes beyond simply playing the game together as well. All of your games and assets are stored in the Cloud. So if you’d like to develop a game with multiple people, everyone can have access and work on it.

Upcoming Features
The Soba World game maker is far from finished, but that’s because it’s a continuously growing and ever-expanding project. But here are just a few of the planning features coming to the platform in the future.

Community libraries — Built by the community for even easier game making

Soba World — Make games without coding
Soba World is an online multiplayer virtual world and gaming platform with integrated no-code game making tools.
Do you take notes? The story of a Notetaker
#beginners #codenewbie #career
I passed the CPACC exam
#a11y #career #certificate
When can you declare yourself a Full-stack Dev?
#discuss

Once suspended, soba_world will not be able to comment or publish posts until their suspension is removed.

Once unsuspended, soba_world will be able to comment and publish posts again.

Once unpublished, all posts by soba_world will become hidden and only accessible to themselves.

If soba_world is not suspended, they can still re-publish their posts from their dashboard.

Once unpublished, this post will become invisible to the public and only accessible to Soba World — Make games without coding.

Thanks for keeping DEV Community 👩‍💻👨‍💻 safe. Here is what you can do to flag soba_world:

Unflagging soba_world will restore default visibility to their posts.