In this guide I'm going to detail upgrading a Windows Subsystem Linux (WSL) Ubuntu install from the current version 18.04 to 19.10 this is an intermediary release before Ubuntu 20.04 is released on 2020 April 23.

I have documented this process in the past for moving from Ubuntu version 18.04 to 18.10. You can see my comments as I went through the process back then.

📺 Here's a video detailing the process

Ok, to check the current installed version of Ubuntu from the terminal I enter lsb_release -a to get the currently installed Ubuntu version displayed.

Do the release upgrade!

To start the upgrade I enter the terminal command do-release-upgrade.

This will prompt me if my release-upgrades file isn't set to normal.

Open the release-upgrades file path to edit, in this example I'm using Nano to edit the file.

In the file I change the Prompt from Prompt=lts to Prompt=normal. 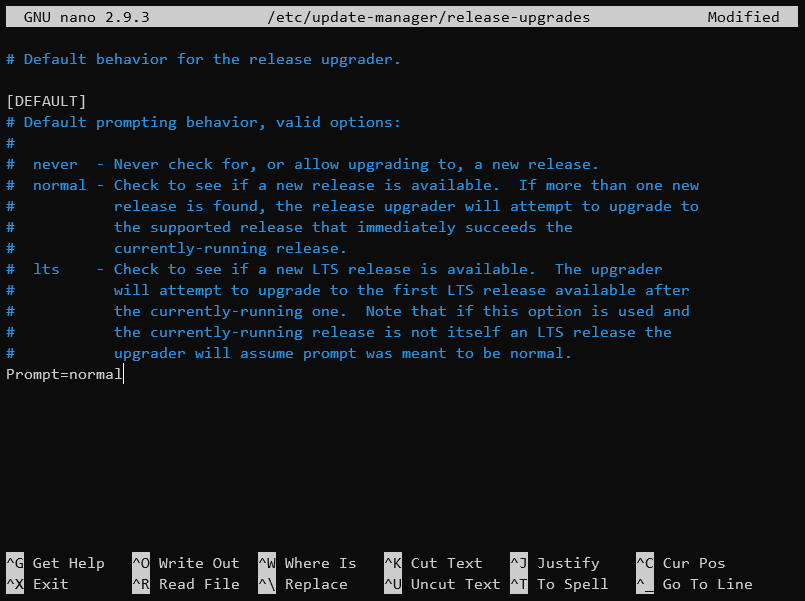 To save the file in Nano I use Ctrl+o to write out the file, confirm (Enter/Return) then to close use I Ctrl+x.

Do the release upgrade, for realsies

You may be aware of an lxd error that occurs on the Ubuntu 18.04 to Ubuntu 18.10 upgrade. This is where there is a prompt saying "Your system is unable to reach the snap store".

I'm going to skip this during the upgrade but you can optionally run this when doing this for yourself, here's the command:

Pick the same command again in the terminal, if I arrow up a a couple of commands I can use it again.

I'm now prompted with the details of what is going to happen in the upgrade:

I respond with y to continue and start the upgrade.

When I'm prompted about libc6 for restarting services during package upgrades I use the tab key to select <Yes> then return to continue. 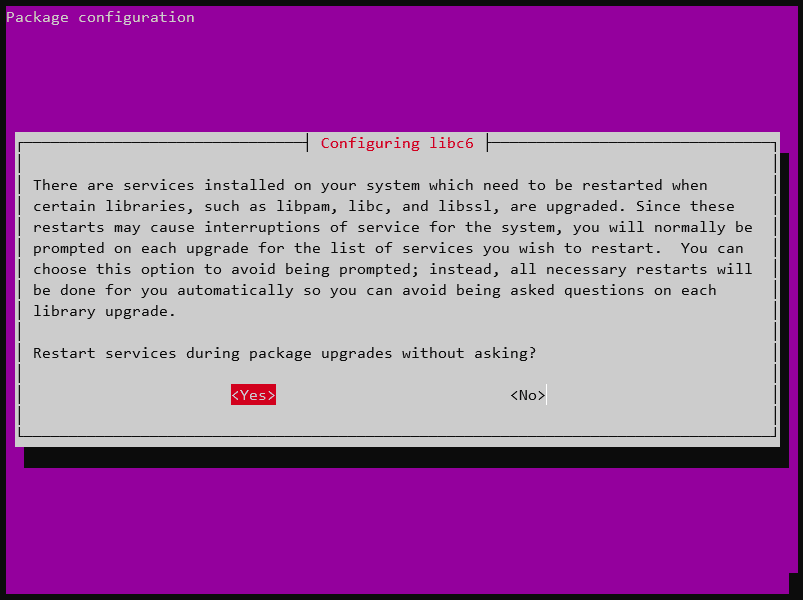 Next I have the Lxd warning I mentioned earlier, in this case I'm going to arrow down and select the option to <Skip> then hit return to continue. 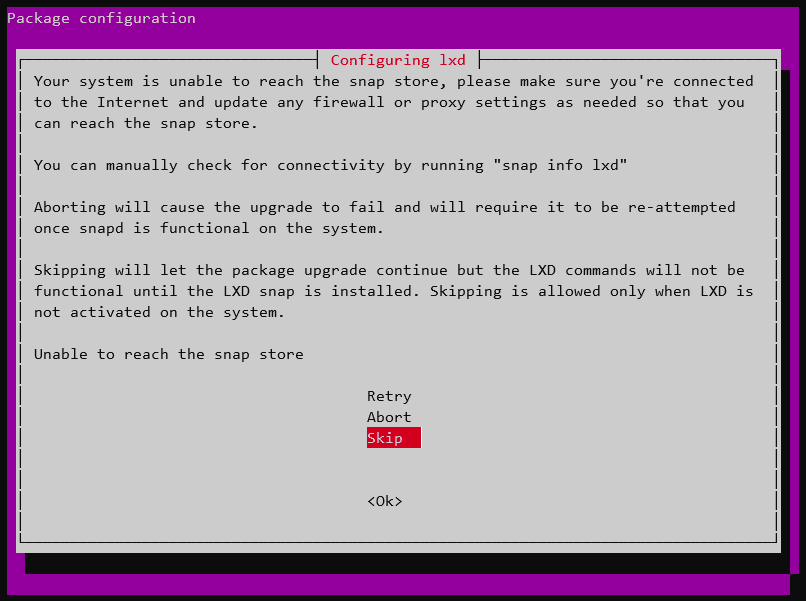 In the following screens I'm being asked about package configuration, I'm going to be picking the option to install the package maintainer's version for all of them.

Same with openssh-server arrow up key to to install the package maintainer's version and hit return to continue. 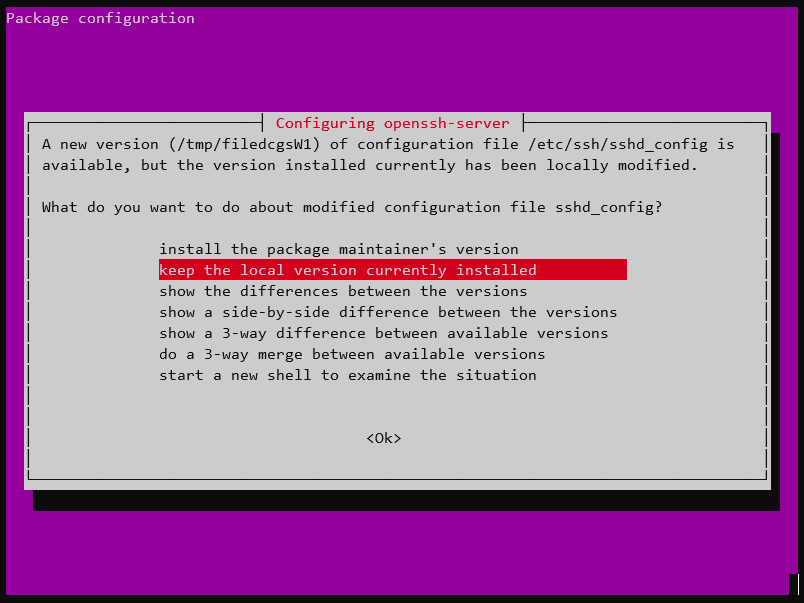 Then there's the release-upgrades configuration and yeah I'm going to select to install the package maintainer's version and confirm to continue.

One of the last few prompts is to confirm the removal of the obsolete packages, confirm y to continue. 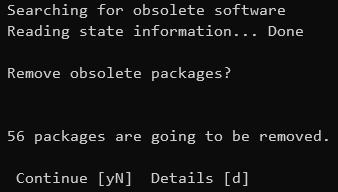 Restart is required now, so I confirm with y.

Now I have the confirmation that the do release upgrade completed successfully. I press Ctrl+c

Then have to press x to destroy!

That takes me back to the regular prompt where I can check with lsb_release -a what version I'm now on. 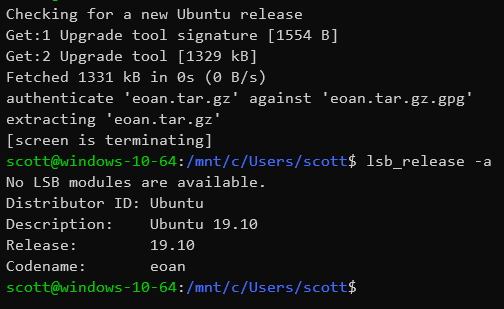 Confirmation the Windows Subsystem Linux version of Ubuntu I'm using is now on 19.10.

First, I changed the default behaviour of the release upgrader from lts to normal.

Then do-release-upgrade, and I skipped the Lxd configuration. It isn't needed on WSL but is part of the Ubuntu image on the Microsoft Store 🤔

I accept install the package maintainer's version on any configuration prompts.

Please take a look at my other content if you enjoyed this.

Once suspended, spences10 will not be able to comment or publish posts until their suspension is removed.

Once unsuspended, spences10 will be able to comment and publish posts again.

Once unpublished, all posts by spences10 will become hidden and only accessible to themselves.

If spences10 is not suspended, they can still re-publish their posts from their dashboard.

Once unpublished, this post will become invisible to the public and only accessible to Scott Spence.

Thanks for keeping DEV Community 👩‍💻👨‍💻 safe. Here is what you can do to flag spences10:

Unflagging spences10 will restore default visibility to their posts.