Android app size was one of the biggest concerns we had while working on React Native. As it makes tough on lower-end devices to deal will storage and performance issues.

Also app's with larger apk sizes makes it less interesting to download for some audiences.

So we decided to reduce the android apk size 📦 and started researching and analyzed what are the factors that bloat's up the app size and helped us to reduce size of production apk from 43 MB to 17 MB.

We will explain the whole process of reducing the apk size through a simple Hello World react-native app in the article.

After the HelloWorld app is successfully created 🎉🎉

Let's create a production release apk for HelloWorld App and see what is the apk size.

Why does react-native created an apk of size 23 MB 🤔 ?

So in order to support all the above ABI's react-native by default creates a Universal APK which contains files required for different device configuration into a single apk which bloated the apk size to 23 MB.

How did we reduce our apk size?

Instead of Generating a Universal apk we switched to a completely new Publishing format called .aab

After generating aab file and uploading to Google Playstore, The Application size reduced drastically by 70% and App size to 7.29 MB from 23 MB 🍻

So What exactly is aab and how did it help us ?

An AAB (Android App Bundle) is a new publishing format from google that includes all your app’s compiled code and resources.

Google Play uses the app bundle uploaded to generate and serve optimized and smaller APK for each device configuration and hardware, so only the code and resources that are needed for a specific device are downloaded to run your app and no extra files are bundled in apk which reduces the apk size massively.

Below Flowchart will help you to understand how does the whole process a little better. 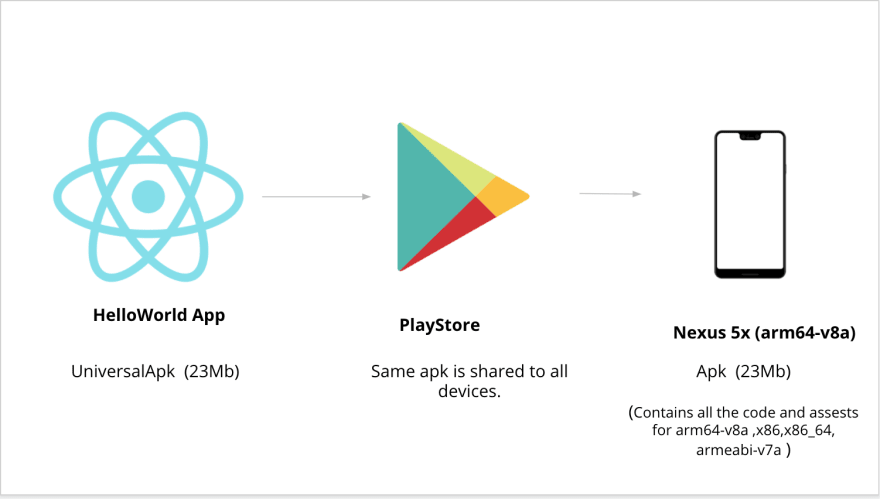 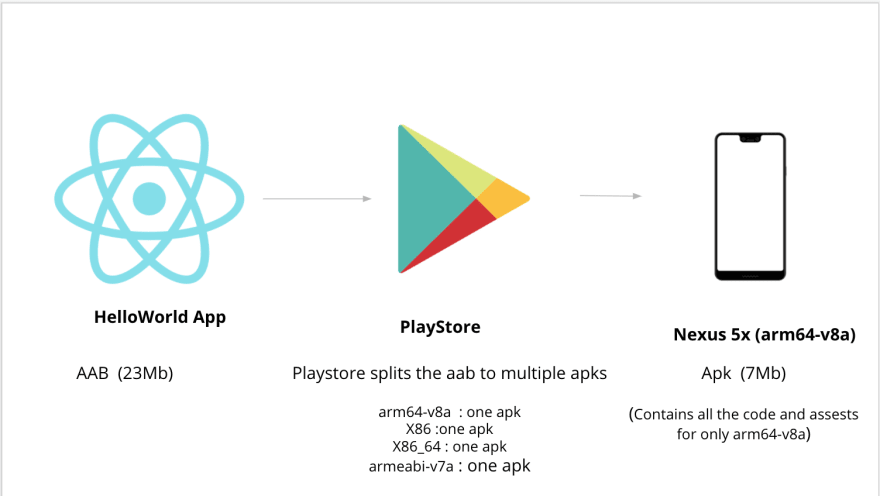 How to generate aab ? 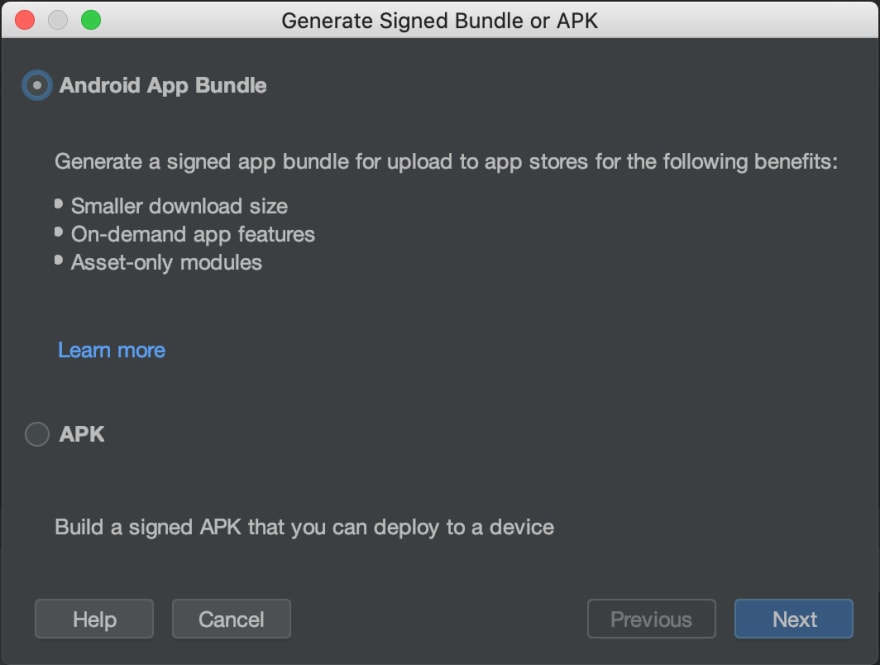 The generated AAB can be found under android/app/build/outputs/bundle/release/app.aab, and is ready to be uploaded to Google Play.

U Sai Rajesh
React, React Native Dev, I like code 💻 music 🎧 travel ✈️, and surfing 🏄 on a vacation.
How to show Ads in React Native?
#react #reactnative #javascript #npm

Once suspended, srajesh636 will not be able to comment or publish posts until their suspension is removed.

Once unsuspended, srajesh636 will be able to comment and publish posts again.

Once unpublished, all posts by srajesh636 will become hidden and only accessible to themselves.

If srajesh636 is not suspended, they can still re-publish their posts from their dashboard.