After all setup, we are in the stage of data modeling where I have to define the schema of the data I am going to use in my web app.

Upcoming features include starring someone's code snippet and adding a count of the number of views of that snippet.

These many features will require me to add several tables:-

This means if you are using this table named 'cities_info'

here 'Tamil Nadu' is coming twice which is not good for our database. Thus there should be another table storing all the states

In this integers are repeating but that's not the problem. The problem is with repeating strings.

In my case, the tables and their relationship are as follows:- 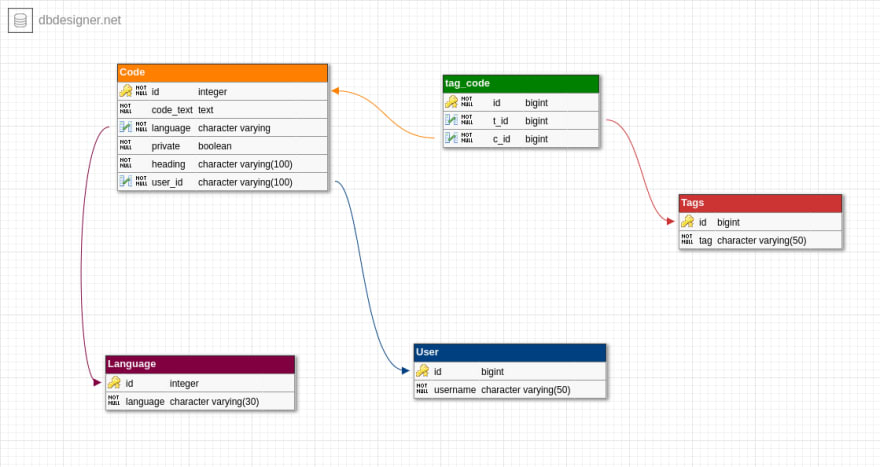 I designed it using dbdesigner tool. It can be done by any other means also such as pony orm.

These tables satisfied all the functionalities of my web app like storing code snippets in the code table, the language in language table and tags in the tag table.

One interesting table is tag_code which is a perfect example of the basic rule I discussed earlier.

Next post, is going to be about hasura data API and postman collection for querying them.

Information on markdown for people just starting on Github!

How to deploy a node app on Heroku which uses 'pnpm' as its package manager instead of 'npm'?