In our daily work, we are using Kubernetes offers like GKE, EKS, Kapsule... and at Stack Labs we recommand their usage. I also like playing with Kubernetes, I like managed Kubernetes cluster, so when I saw the beta program of Civo Cloud, I asked them quickly if I can test their offer :-)

First of all what is Civo Cloud?

I had the chance to be one of the selected beta testers. During this #KUBE100 beta program, beta testers could leave feedback and have live support from Civo Cloud developers on Slack.

The beta program is now ended and Civo will launch publicly their offer which is now "production-ready".
What will be inside this production release?
"A managed Kubernetes, multi-region, multi-version, with high availability, managed persistent storage and few others features."

It's possible to create a cluster through the UI or the CLI, let's start with the UI!

The interface is pretty simple and clear.

We must choose a name, the number of instance, and select the size of our Nodes. 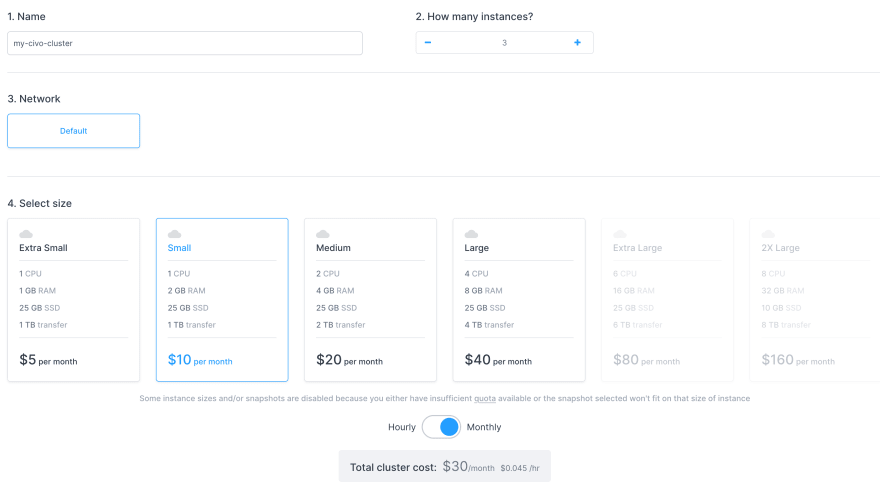 The price is clearly displayed, it's a good point. We can directly install known tools like Ingress controller (Nginx, Traefik), CI/CD (Argo CD, Jenkins), Prometheus, Jaeger, metrics-server, Sealed-secret... at the creation of the cluster.

In realtime we see the build time remaining and the nodes creations. Most of the time, in less than 2 minutes we have our Kubernetes cluster up and running :-) ... but few times I had "long" creation, cluster stucked in "BUILDING" state. I hope theses problems will solve before the production launch.

Let's play with it!

First of all, we need to install the CLI tool.
Here the install procedure for Mac:

Then we need to add it:

Now it's time to retrieve the kubeconfig file through the CLI (in order to access to the cluster):

The merge option allows to not erase you existing kubeconfig file but add new information inside it.

Let's switch into this cluster,
with the Kubernetes native command:

or with one of my favorite CLI "kubectx":

Show information about our cluster

The cluster is ready and we can deploy Pod, Secrets, ConfigMaps, Deployment, Jobs or whatever you want ;-).
You can also watch my video serie about understanding Kubernetes and execute kubectl commands explained.

Add more Nodes to our cluster

It's possible to add or delete the number of nodes. Let's scale from 3 to 6 nodes:

During my tests, on average the scaling did not exceed 5 minutes.

Again, the CLI is pretty easy-to-use, in one line we can remove our cluster:

What about CSI, CRI, CNI? 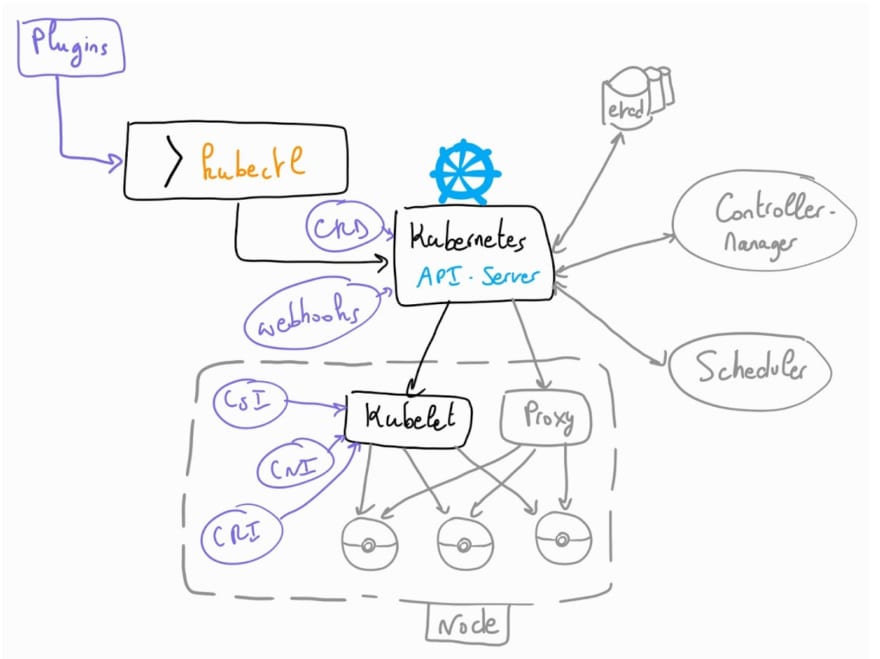 About Civo Cloud, the default Container Network Interface (CNI) is Flannel, and suggestions are open from users about using other CNIs.

For Container Storage Interface (CSI), currently they only supports "localpath" or "Longhorn", installable through the marketplace is supported. Spoiler alert: Since the 4th of May, a custom CSI driver which will allow a more native experience, should be released.

The Container Runtime Interface (CRI) is fixed as containerd (and no plan to change it for the moment), due to that being k3s default. Civo wants to keep their platform as close to upstream k3s as possible to allow for easy transition from home Rasperry PI k3s clusters/nodes to the Cloud.

As a former Developer and now as a Cloud Engineer, or as I define myself a "Cloud Helper", I don't like "ClickOps" (means click on an UI) but I prefer DevOps, GitOps and IaC (Infrastructure as Code). I love automate things and improve developers & ops daily work, so it's OK to create and handle cluster through an UI, through the CLI but one question I asked when I test civo is: can we do the same things through Terraform?

An official Terraform provider exists in Terraform registry you can use:

/!\ You need to install terraform CLI version 0.13+ in order to use Teraform provider's source feature.

All resources managed with this provider are listed on the Terraform registry.

For the moment two regions are available: "NYC1" in United States and "SVG1" in United Kingdom, I hope more regions will be added in the future.

It's not possible to create another node-pool but I thinks it will be possible in the future too.

The possibility to let's Civo installing tools can help beginners users or users who don't want to manage things on their own, but it could be useful to choose the version we want.

I scaled down the cluster through the UI and feel impressive about how fast it was to scale down 3 to one node, but I had several troubles during cluster creation so I hope performances will be stabilized.

So, in conclusion, I think it could be a good idea to base a managed Kubernetes offer on k3s. It can be a good solution for demos, in order to have multi cloud providers, clusters created on the fly for testing purpose also, or whatever you want to.
About production usages, my opinion is that the offer it's not mature for the moment, only two regions are available, features will be available in few weeks and months, so let's see how Civo Cloud will evolves! :-)

How To Secure Container Images For Kubernetes Deployments