In my first post I didn’t mention “parser combinators”.

Parser combinator is the way to construct recursive descent parsers in functional programming using functions. Higher-order functions can be used to combine parsers, to represent sequencing, choice, and repetition.

Recursive descent parsers were known since the 60’s - the main innovation is that parser can be directly modeled as functions, no need to generate parsing table as it is done in “classical” algorithms, like YACC (hence the name - yet another compiler compiler). There are other algorithms, that don’t need the compilation step, so-called “interpreter” parsers - they don’t compile grammar, but execute it script (like scripting language).

The second innovation is that parsers are easy to combine and reuse. This was quite an innovative idea at the time (90’s). But since then other parser algorithms appeared which can do this as well - so-called “scannerless” parsers, for example, PEG.

As far as I know there are two approaches for parsing designed specifically for functional languages:

I need to read more about parser combinators - for now, I collected “classic” works on the subject. 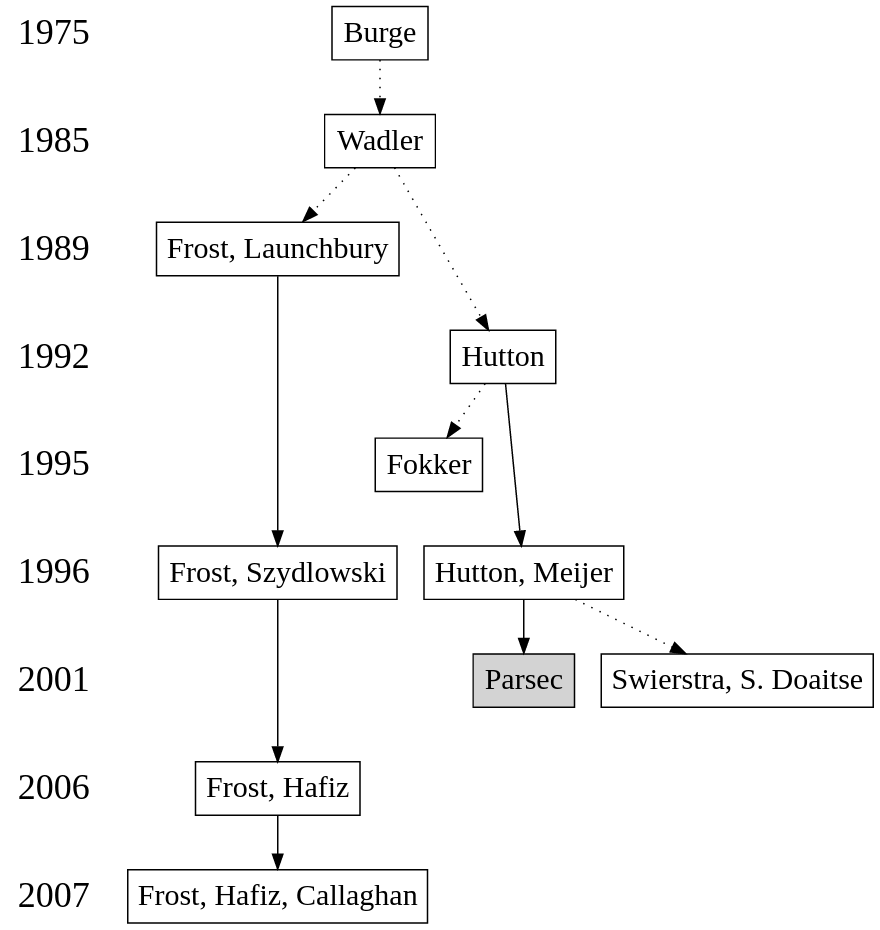 1985 Wadler, Philip. How to replace failure by a list of successes a method for exception handling, backtracking, and pattern matching in lazy functional languages.

JavaScript Cheat Sheet that you should bookmark

Basics of the Binary Tree