Why do we need parsers?

Parser generators have been studied since the ’60s. In practice, this knowledge is mostly used for compilers and interpreters. I guess this is because the subject typically introduced in course about compilers, for example cs143, 15-411/611, CS-321, 322, COP5621.

Regular expressions (I’m talking about the first implementation - grep; not about the formal system by Kleene) were created to be used within the command-line. The command-line interface typically requires one-liners, hence terse notation (though it is possible to open editor and pipe text from the buffer).

I don’t think that author meant it to be used to validate emails, for example, see this answer on StackOverflow. 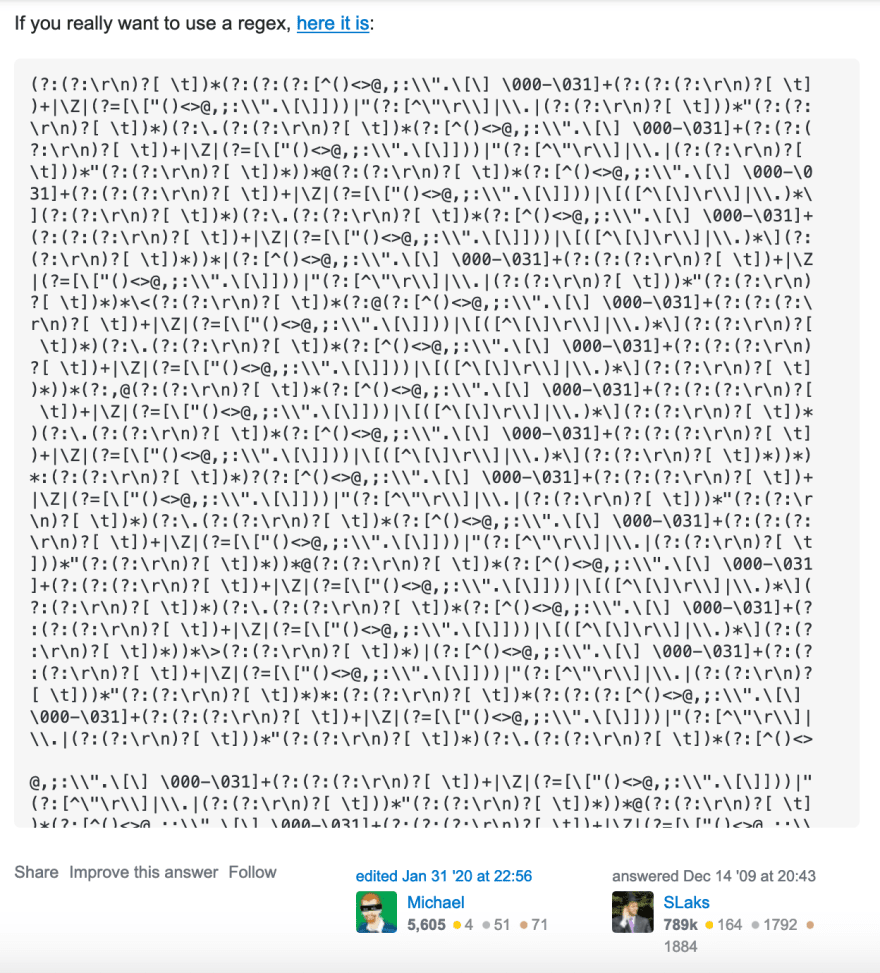 Second example of ad-hoc solution is syntax highlighting with regular expressions, for example TextMatte language grammars. Compare ad-hoc solution (on the left) and real context-free language parser (on the right):

There is a lot of research about parsing and the most complex problems are:

Most of those problems could be avoided with projectional editing and the source code can be stored as AST, for example, like in unison.

It is relatively easy to create a parser for non-ambiguous, non-left recursive CFG, like s-expressions or JSON, with linear complexity.

I may sound a bit dramatic here, for example, there are a lot of binary parsers, but admit there is a bit of irony in the situation.

Shortest Javascript Program , window and this

How To Mine XMR on a Raspberry PI

Things to know about Artificial intelligence